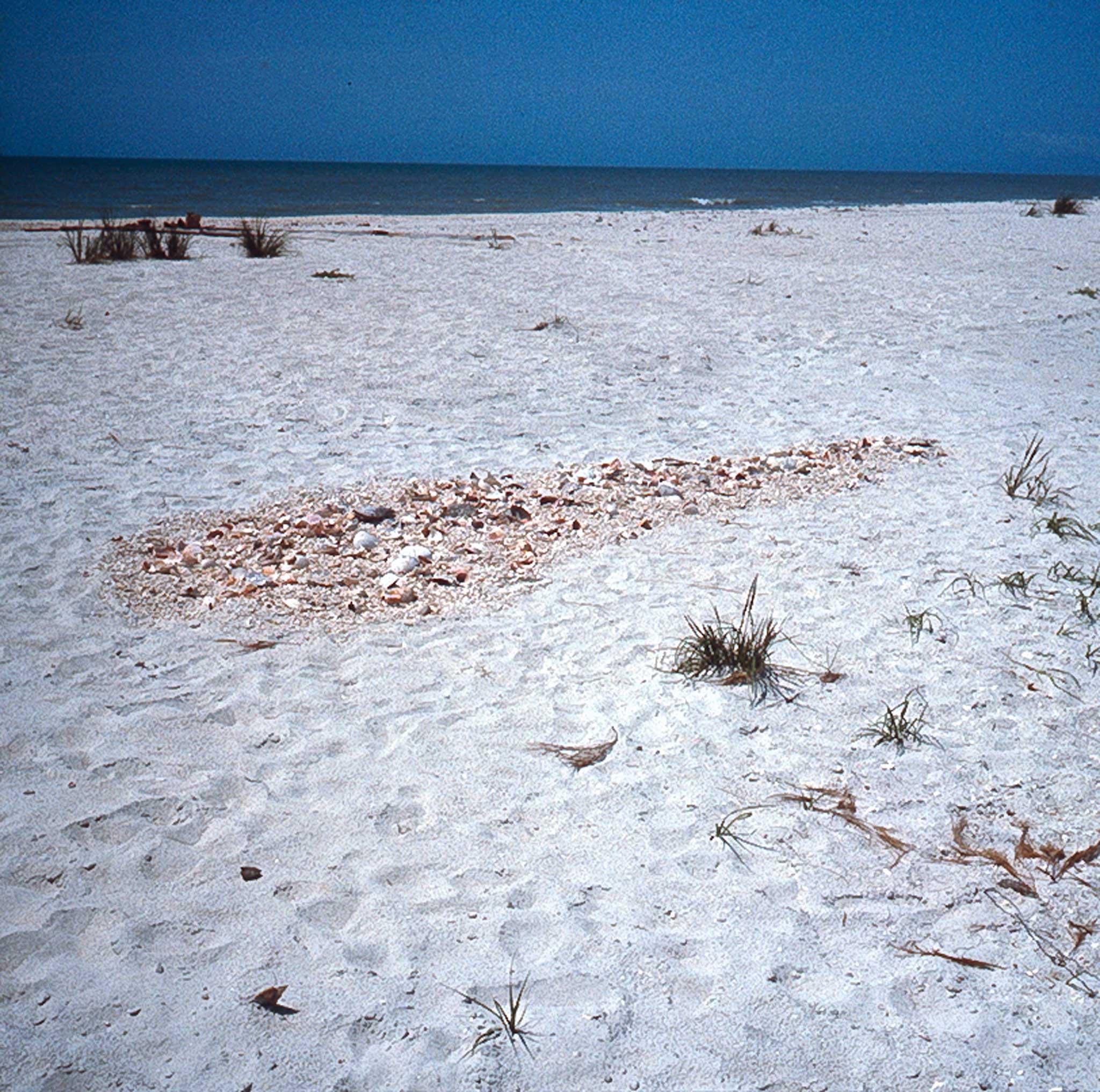 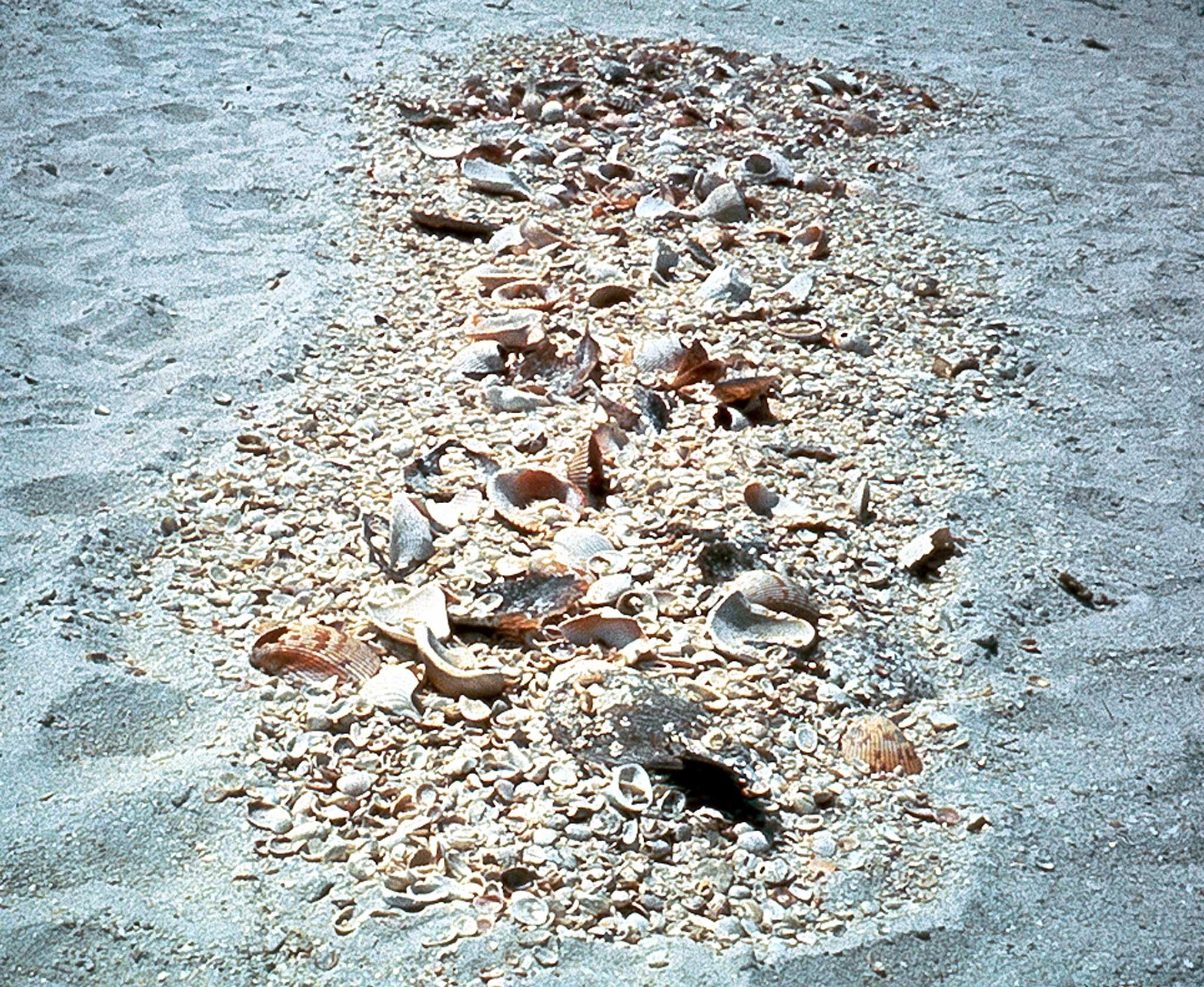 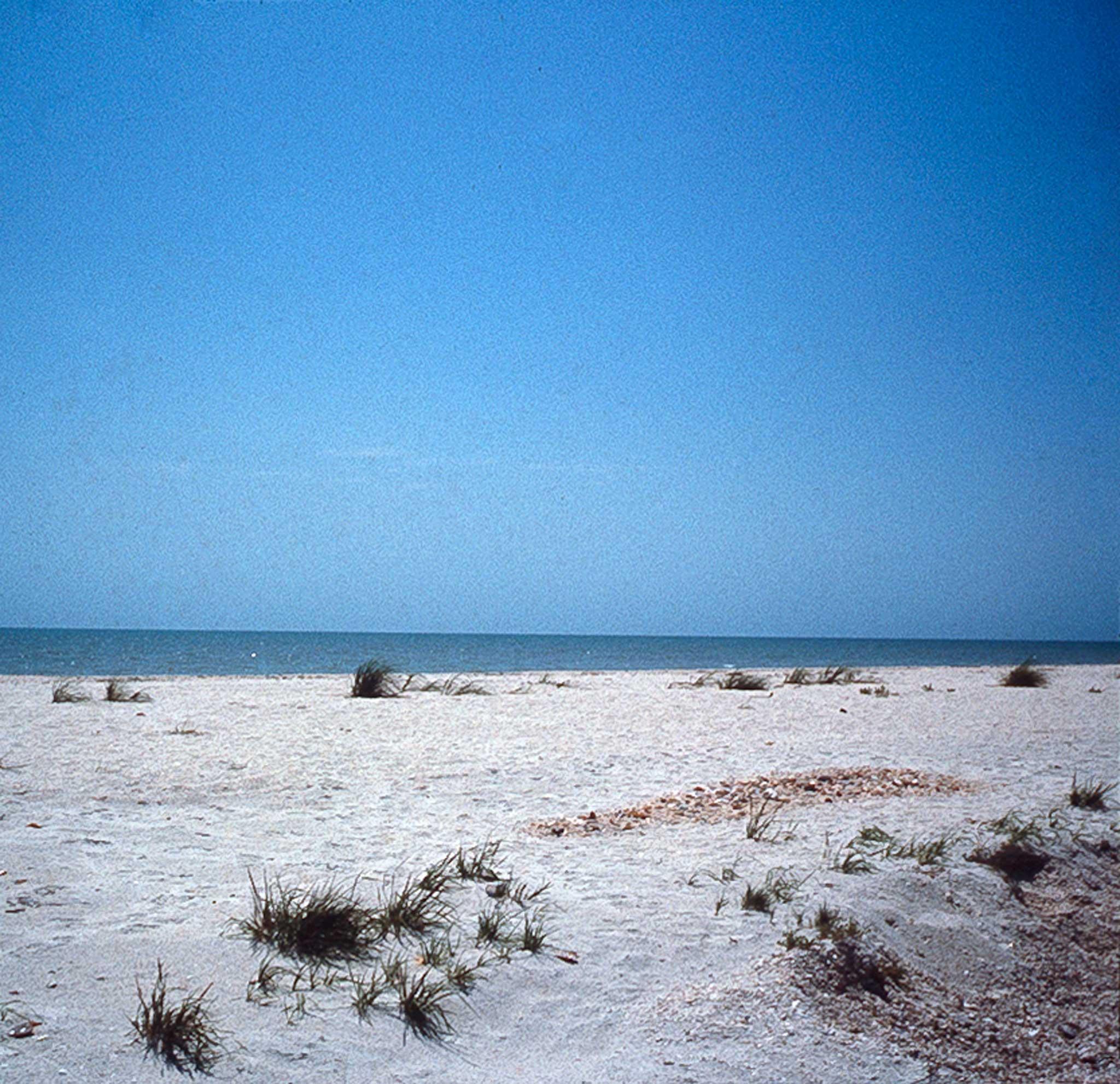 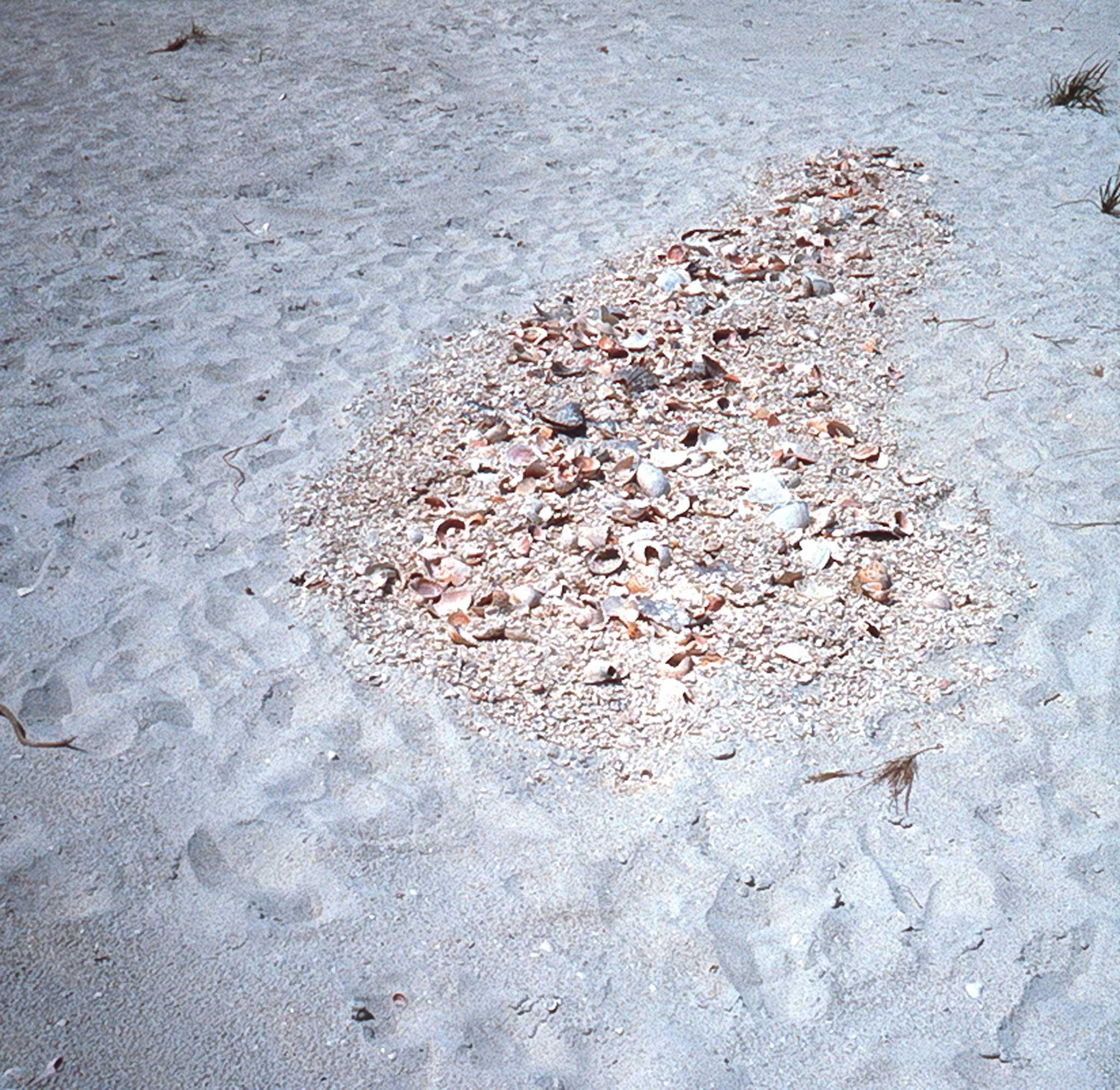 Situated along the coast of Sanibel Island in Florida, Smithson’s Hypothetical Continent in Shells: Lemuria is sculpted from a pile of shells, its tenuous form vulnerable to the impacts of nature and time. The hypothetical continent in question is similarly fragile; theories surrounding Lemuria were disproved soon after their original conception. Smithson believed that the presence of any given object hinges on its absence; with this work, a concept’s non-existence is represented by material reality. While the sculptural element of this work inevitably unraveled with time with the shells dispersing into the sand—illustrating Smithson's fascination with entropy—the four 126 format chromogenic slides comprising this slidework remain as the manifestation of Smithson's ideas on Lemuria.

In the Nonsites, the prehistoric reference comes through, but the sites are all here today, within the maps of materials (stone, mud, grass and shells). All of these things point to continents and land masses that don't exist today. That establishes a context. 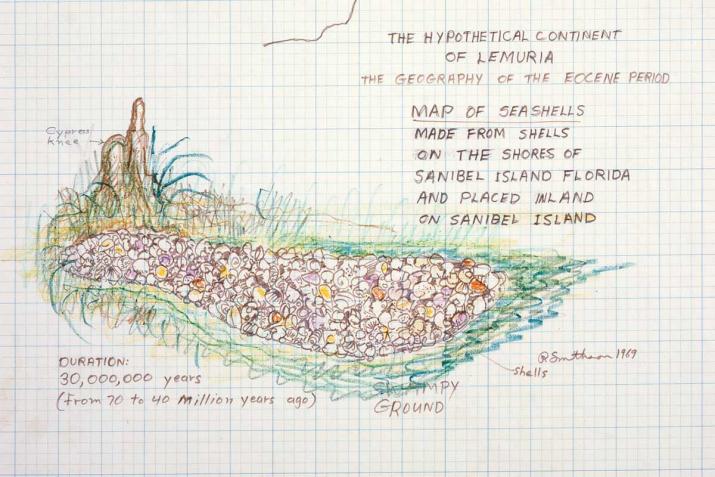 The Hypothetical Continent of Lemuria
Robert Smithson
Works on Paper

Closely related to Smithson’s slidework Hypothetical Continent in Shells: Lemuria (1969), this two-dimensional work provides conceptual details around the object of representation. Lemuria, a theoretical continent whose existence was quickly disproved by the scientific community, comes to life through the artist’s attention. “You don’t have to have existence to exist,” Smithson asserted in Incidents of Mirror-Travel in the Yucatan (1969). 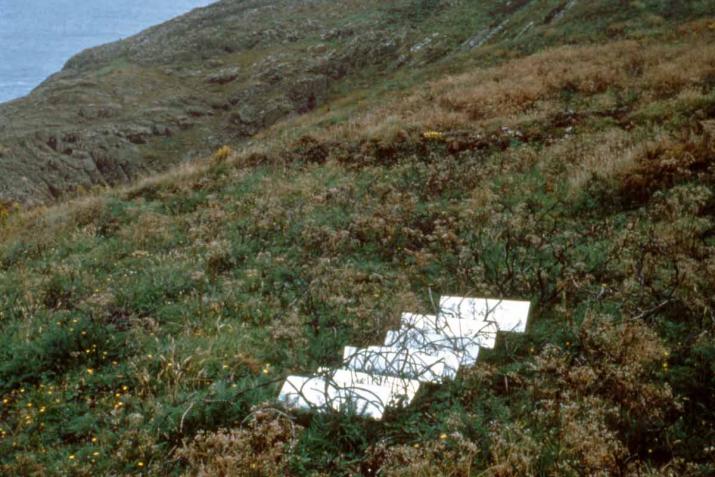 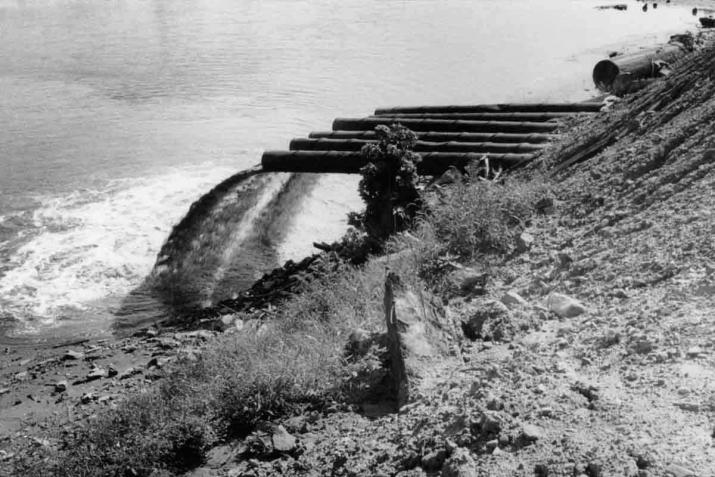 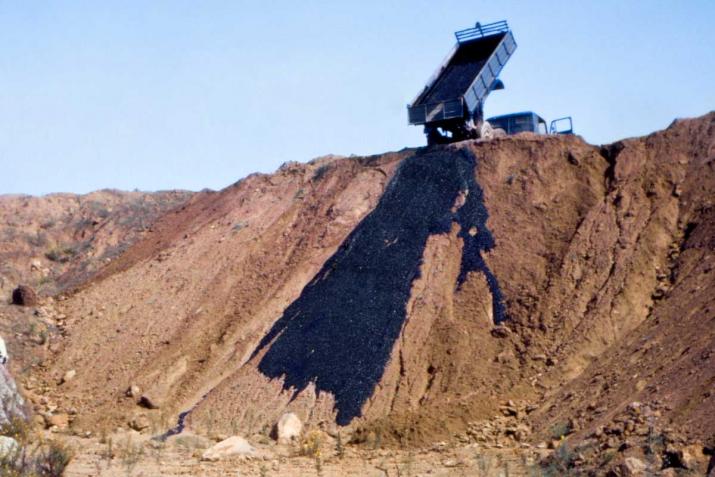