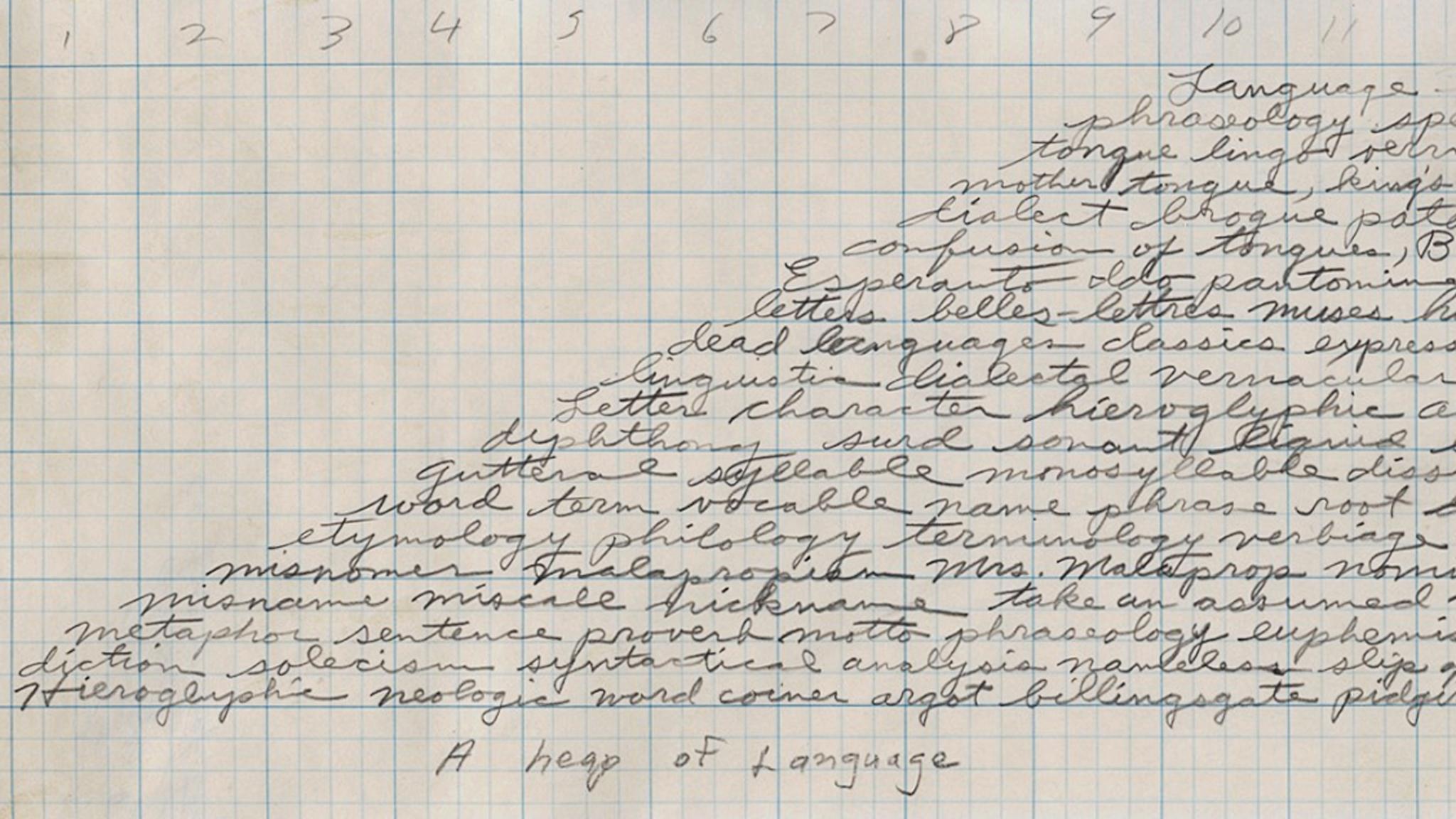 In concrete poems, the spatial arrangement of words and symbols on the page is integral to the poetry itself. In contrast to more traditional poetry, the visual—rather than the aural—is the primary mode of consumption. Concrete poems invite participation, oftentimes relying on the cognizance of a viewer for their conceptual completion. In Nancy Holt’s ​Detach Here ​(1967), for instance, the words “detach here” are written along each dotted line of a square—the viewer’s active conception of the square’s removal is central to the existence of the work.  Another example of concrete poetry is Nancy Holt's Chinese Dinner (1972).

A work of art built into an outdoor site. Earthworks are a product of the Land Art movement of the 1960s and 1970s, in which Holt and Smithson were pioneers. Land Art reconfigures elements of a given landscape, and may include structural pieces made from non-native materials. The movement brought viewers outside of the traditional gallery setting, reframing the natural world as an artistic medium. Robert Smithson's Spiral Jetty (1970) and Nancy Holt's Sun Tunnels (1973-76) are landmark examples of earthworks.

In physics and chemistry, entropy is the concept of energy dispersing over time, resulting in greater disorder. Robert Smithson explored various aspects of entropy in his art, particularly in regards to a work’s structural decay as time and nature take effect. For Smithson, entropy is entwined with infinity and often assumes the surreal quality of Science Fiction. A concept difficult to fully comprehend, entropy encapsulates many of life’s mysterious aspects: permanence, perception, change, death.

A photograph of a landscape, in which an enlarged photograph of that same landscape is featured; a photo-within-a-photo. Robert Smithson introduced the concept in the 1960s, along with his Mirror Displacements—a photo series featuring mirrors instead of photographs. Both concepts explored human intervention in the natural order, reorienting perception while providing visual perspectives of the landscape that could not otherwise be seen in the same frame.

When a work of art is designed for installation in a particular location, “site-specific” refers to all elements of the work that accomodate, highlight, and incorporate its location. The term was coined in the 1970s and stood in opposition to the Modernist movement, in which art objects traveled from museum to museum. Site-specific art cannot be commodified in the typical way, and exists inextricably from its surroundings.

A sculptural work that characterizes a common utilitarian function. Nancy Holt was a pioneer in System Works creating functional systems that visibly performed their given purpose: heating, electricity, drainage, etc. Viewers are sometimes able to control aspects of the system, inviting active participation in the processes on display. System Works sought to bring the inner workings of technology out of obscurity, highlighting their vital role in society. Nancy Holt's Electrical System is an example of a System Work.