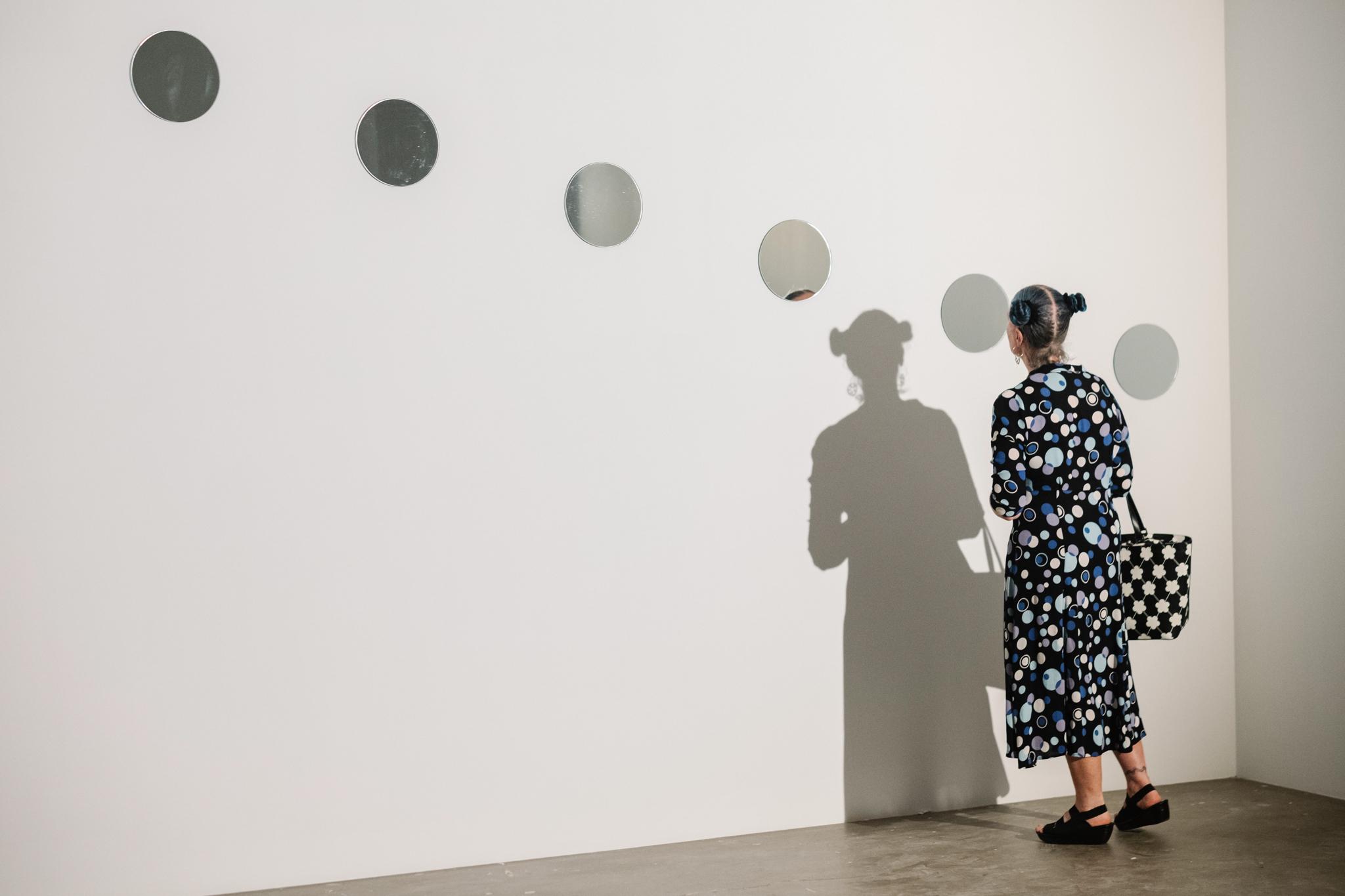 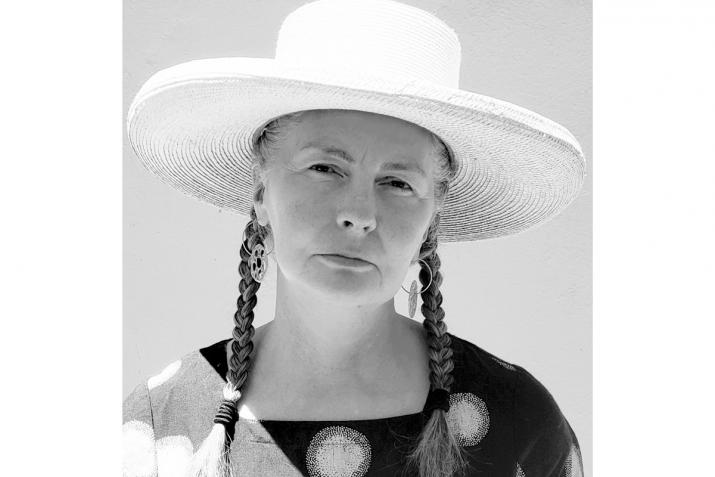 Brenda Folstad joined the Foundation team as the inaugural Head of Operations & Finance in 2018. She holds a Bachelor of the Arts with a Major in Anthropology from the University of California, Santa Cruz.  Since discovering a passion for accounting and becoming a Certified Public Accountant (CPA) in 1999, she has worked primarily in the field of nonprofit auditing and tax compliance. She continued work with nonprofits and small businesses after establishing her own accounting firm in 2004, a move that allowed her to further explore her passion for the arts and art making. 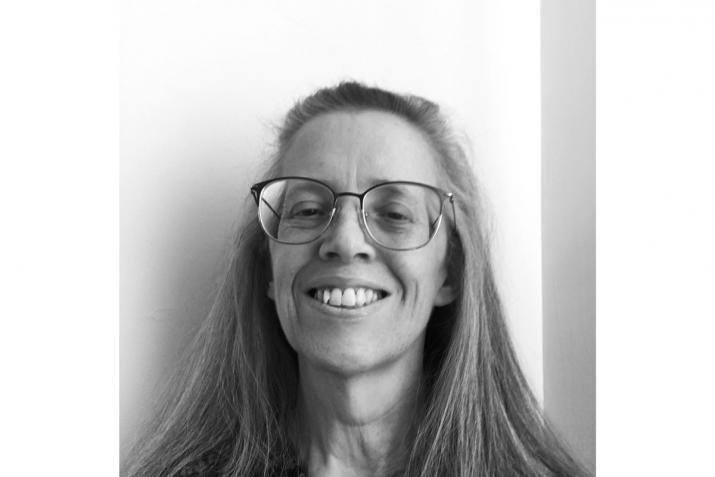 Edna Riley joined the Foundation team in February 2020 as the Administrator.  She moved to Santa Fe, NM in 1992 to pursue a Master of Liberal Arts degree from St. John’s College. She also holds a Bachelor of Fine Arts from Tisch School of the Arts, NYU, in Film/Television.  For nearly 20 years, Edna has worked in the health insurance industry as an independent broker, serving small businesses and individuals in Northern New Mexico.  She volunteers at Make Santa Fe, where she has learned 3D printing and laser cutting.  She has studied and practiced many crafts and art mediums, including encaustic, pastels, knitting, crochet, and jewelry making. 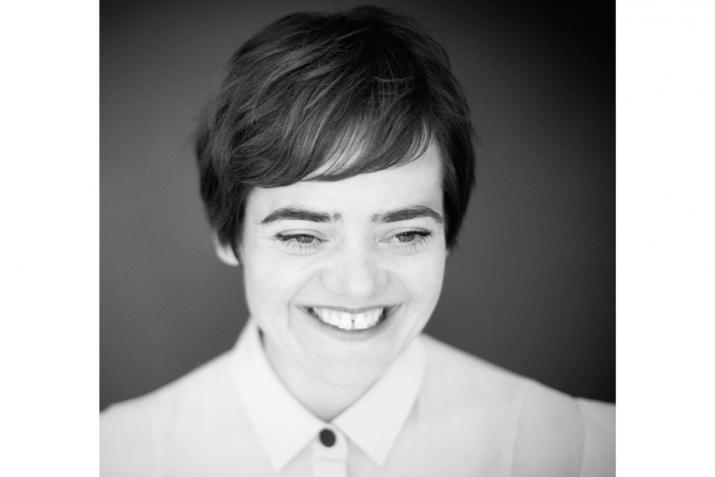 Lisa Le Feuvre is a curator, writer, editor, and public speaker. She is the inaugural Executive Director of Holt/Smithson Foundation. Committed to communicating and testing ideas, she has curated exhibitions in museums and galleries across Europe, published writings in international publications and journals, spoken in museums and universities across the world, sat on numerous award panels, and has played a pivotal role in shaping academic and arts organizations. Previously based in the UK, she led the Henry Moore Institute (2010-17), was an academic based in the graduate Curatorial Program at Goldsmiths College, University of London (2004-10), led the contemporary art program at the National Maritime Museum (2005-09), and until 2004 was Course Director of the graduate program in Arts Policy and Management at Birkbeck College, University of London. 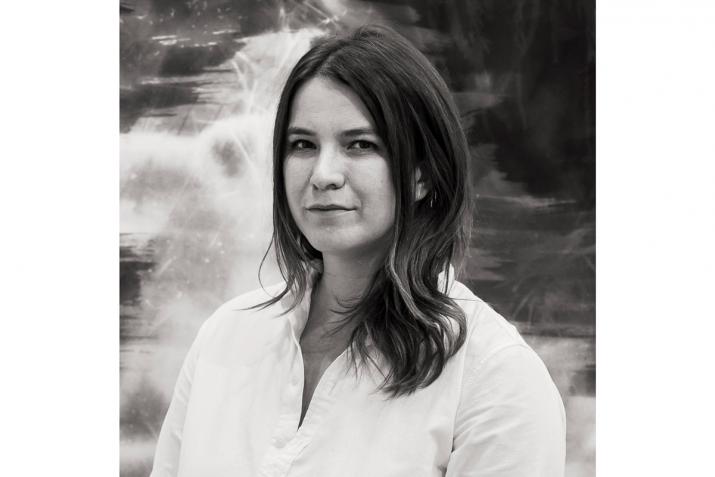 Natalie Rae Good joined the Foundation in 2020 as Collection Manager. She is an artist and educator whose work explores concepts of time in the natural world and the illusory nature of control. She works in photography, printmaking, and ceramics, and teaches letterpress printing workshops around the country. Natalie received a BFA from Calvin University in 2009 with a concentration in Sculpture. Since that time, she has worked with various galleries and institutions including the Chianti Foundation and David Zwirner Gallery. Upon relocating to New Mexico from New York in 2017, Natalie worked as a studio assistant to Charles Ross at his land art site, Star Axis. 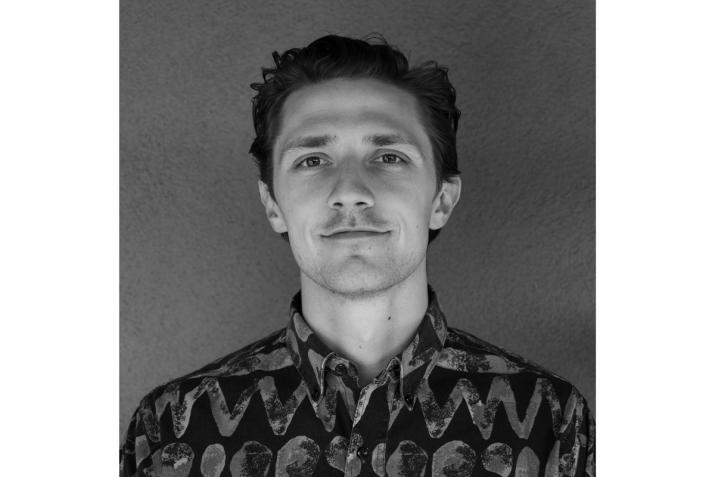 William T. Carson joined the Foundation in 2019. He is an artist whose work is informed by the landscapes in which he grew up: a cattle ranch in rural southeastern Montana and a small island in the Salish Sea.  His artwork raises questions about cultural understandings of coal and its place in nature. William studied architecture at the Danish Institute for Study Abroad in Copenhagen, Denmark, and in 2015 he graduated from Colorado College BA with Distinction in Art Studio.  Previously William worked at Twyla, an art and technology startup company in Austin. William is represented by Nüart Gallery in Santa Fe, New Mexico and Camiba Gallery in Austin, Texas.

Bill Gilbert is Emeritus Distinguished Professor of Art & Ecology and the Lannan Endowed Chair in Land Arts of the American West at University of New Mexico. At UNM he co-founded the Art & Ecology emphasis in the Department of Art and Art History; formed and directed the Andrew W. Mellon Foundation supported Land Arts Mobile Research Center (2012-16); and was Associate Dean (2009-11) and Acting Dean (2012) of the College of Art. Bill curated exhibitions featuring artists from the US Pueblos, Juan Mata Ortiz, Mexico and Pastaza, Ecuador. Through a FIPSE grant he taught with Mary Lewis Garcia at Acoma Pueblo and, funded by a Lila Wallace Arts International Grant, worked with the Quichua people in Ecuador. Publications include Arts Programming for the Anthropocene (Routledge, 2019), Land Arts of the American West (UT Press, 2018) and LAND/ART (Radius Books, 2010). Bill joined the Board in 2020.

Christine Steiner is an art lawyer. Prior to private practice, Christine served as Secretary and General Counsel of the J. Paul Getty Trust; as Assistant General Counsel of the Smithsonian Institution; Assistant Attorney General of Maryland for state colleges and universities; and Principal Counsel of the Maryland state public education system. Christine is an adjunct professor of law at Loyola Law School, and has been a visiting professor in programs of international art law in Florence and Cambridge. She speaks frequently on art law topics, serves on the editorial board of the Journal of the Copyright Society of the United States, and is active in the arts nationally. She has been recognized consistently by Best Lawyers, the prestigious national peer-ranking organization, for her contributions to Art Law. Christine joined Holt/Smithson Foundation’s Board in 2019.

Diane Karp is an arts activist, arts educator, arts connector, and devoted supporter of the creative process in all realms of society. She has a Ph.D. in Art History and, after teaching twentieth century art history at Temple University, she became curator of the Ars Medica collection of the Philadelphia Museum of Art. Diane moved to New York City in 1988 to become Director of New Observations Magazine, an artist-based, nonprofit, contemporary arts journal dedicated to the diversity of the national and global arts community. In September 2001 she moved to Santa Fe, New Mexico to become Executive Director of the Santa Fe Art Institute until 2013 when she retired from her position to write and continue her work with art, social justice, environmental responsibility, and community building. Diane has served on the Board of Holt/Smithson Foundation since 2017.

Drew Watson is an art business executive with over 15 years of experience in art auction, art finance, and arts nonprofit. In his current role as SVP, Art Services Specialist at Bank of America Private Bank, Drew delivers a suite of art finance and advisory services to private collectors and institutions. Drew was previously a Business Manager at Christie’s in New York, and he began his career as a fundraiser, manager, and consultant for arts and cultural institutions across North America and Europe. Drew holds a BA in French and Art History from Columbia University, where he trained as a classical musician in a joint program with The Juilliard School, and holds an MBA from INSEAD business school. Drew speaks regularly on art world-related topics at conferences, art fairs, and educational institutions, and he is a regular media contributor to national news organizations on the intersection of art, business, and finance. Drew joined the Board in 2021.

Elisabeth Sussman joined the Whitney Museum of American Art as Curator in 1991, and was named Sondra Gilman Curator of Photography in 2004. She oversees the Whitney’s collection of photography and the Photography Acquisition Committee, and organizes special and touring exhibitions. Most recently, she co-curated Rachel Harrison Life Hack, Nick Mauss: Transitions, and co-organized the Whitney’s presentation of Jimmie Durham: At the Center of the World. She has also curated / co-curated Paul Thek: Diver, A Retrospective (2010), and Gordon Matta-Clark: “You Are the Measure” (2007) which won the International Association of Art Critics (AICA) annual awards for best monographic show in New York. Before joining the Whitney, Elisabeth served as Interim Director (1991) and Deputy Director for Programs (1989–91) at the Institute of Contemporary Art, Boston, following stints as Chief Curator (1982–89) and Curator (1976–82). Elisabeth joined the Board in 2021.

Gaëtane Verna is the Director of The Power Plant, Toronto. She previously was Executive Director and Chief Curator of the Musée d’art de Joliette. Verna has curated and organized exhibitions by emerging, mid-career and established artists, and has edited and contributed essays to numerous books and catalogues. She serves on the Board of Directors of the Canada Council for the Arts and is a trustee of the Sobey Arts Foundation.

James Lingwood is Co-Director of Artangel, a London-based nonprofit organization that commissions, produces, and presents new site-specific projects by contemporary artists, film-makers, composers, and writers. James also works as an independent curator for museums around the world. Recent exhibitions include Richard Hamilton: Serial Obsessions for the Museum of Modern and Contemporary Art, Seoul (2017-18) and Luigi Ghirri: The Map and the Territory, Photographs from the 1970s for Museum Folkwang in Essen, Museo Nacional Reina Sofía in Madrid, Jeu de Paume in Paris, and Hayward Gallery, London (2018-20). In 1993-94 he curated Robert Smithson—The Entropic Landscape for IVAM Valencia, Palais des Beaux-Arts Brussels, and Musée d'art contemporain, Marseille, and in 2002 the exhibition Bernd and Hilla Becher / Robert Smithson: Field Trips at Museu Serralves, Porto. James joined Holt/Smithson Foundation’s Board in 2020.

Jane Crawford studied art history at Finch College in NYC. She first met Robert Smithson while working as an assistant to the Finch College Museum Director. After graduating in 1970, she worked in several galleries before creating the Foundation of Art Performances and Projects, which was dedicated to performance and site-specific works. Since 1978 Jane has been the director of the Gordon Matta-Clark Estate and a filmmaker, working with Robert Fiore. Nancy Holt, who was a close personal friend, invited Jane Crawford to make the films Rundown (1984) and Sheds (2004). Jane joined the Holt/Smithson Foundation Board in 2019.

Lucy R. Lippard is a writer and activist. She writes prolifically for magazines and exhibition catalogues, is author of twenty-four books on contemporary art and cultural criticism, including one novel and an artist’s book, and many of her writings have been anthologized. Lucy has realized performances, comics, street theatre; curated some fifty exhibitions; and has been an active member of artists’ groups, including Artworkers’ Coalition, Ad Hoc Women Artists, Artists Meeting for Cultural Change, and Women’s Action Coalition. She has written extensively on the work of Nancy Holt and Robert Smithson. Lucy became a member of the Board in 2020.

Virginia Dwan is art collector, patron, philanthropist, and founder of Dwan Light Sanctuary in Montezuma, New Mexico. Virginia initiated the pioneering Dwan Gallery, Los Angeles (1959–67) and Dwan Gallery, New York (1965–71). On the West Coast, her gallery was well known for its exhibitions of Abstract Expressionism, Nouveau Réalisme, and Pop art. In New York, Dwan Gallery gained a reputation for ground-breaking exhibitions of Minimal, Conceptual, and Land art. A visionary patron of the arts, Virginia has supported numerous projects, including Robert Smithson’s earthwork Spiral Jetty (1970), and was a close friend of both Smithson and Nancy Holt. In 2017 the exhibition Los Angeles to New York: Dwan Gallery, 1959–1971, presented at the National Gallery in Washington and Los Angeles Museum of Contemporary Art, celebrated Virginia’s unrivalled contribution to the arts. She joined the Holt/Smithson Foundation Board in 2018.

Matthew Coolidge served on the Board of Holt/Smithson Foundation from 2015 to 2020.