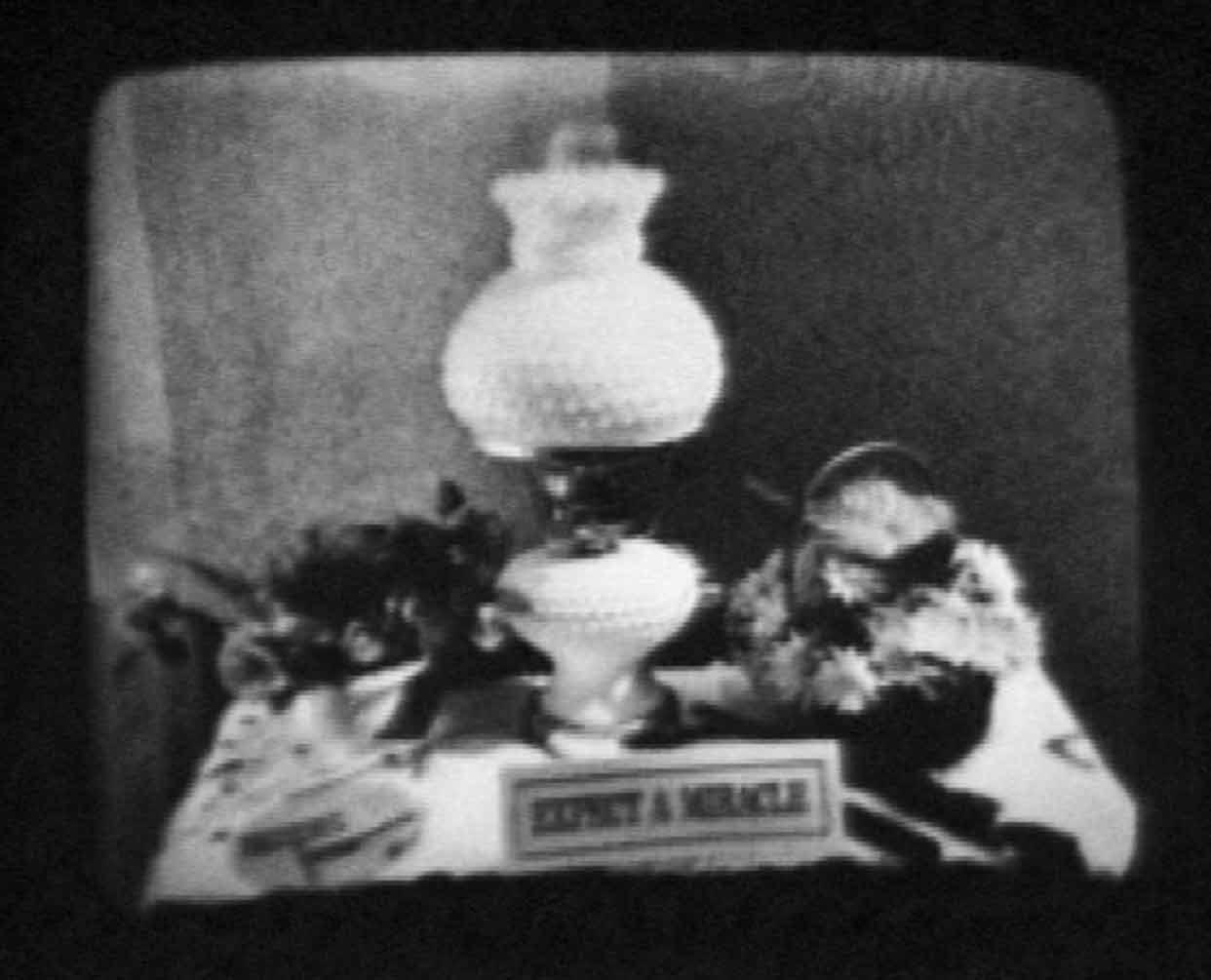 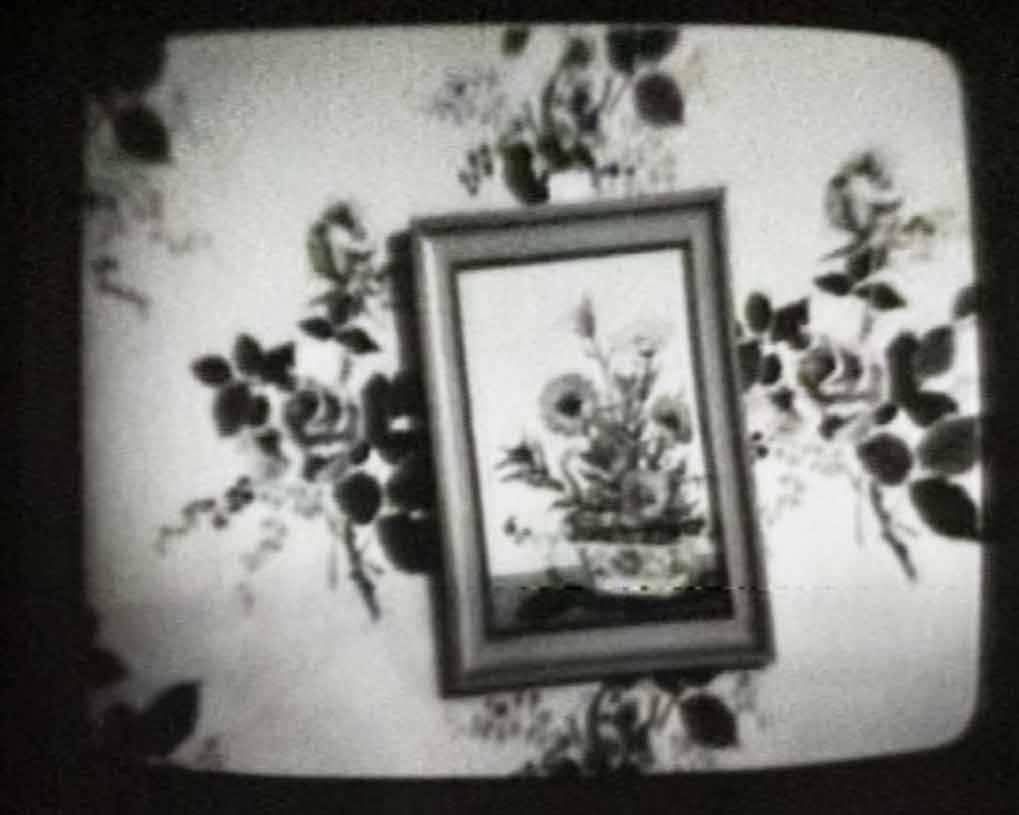 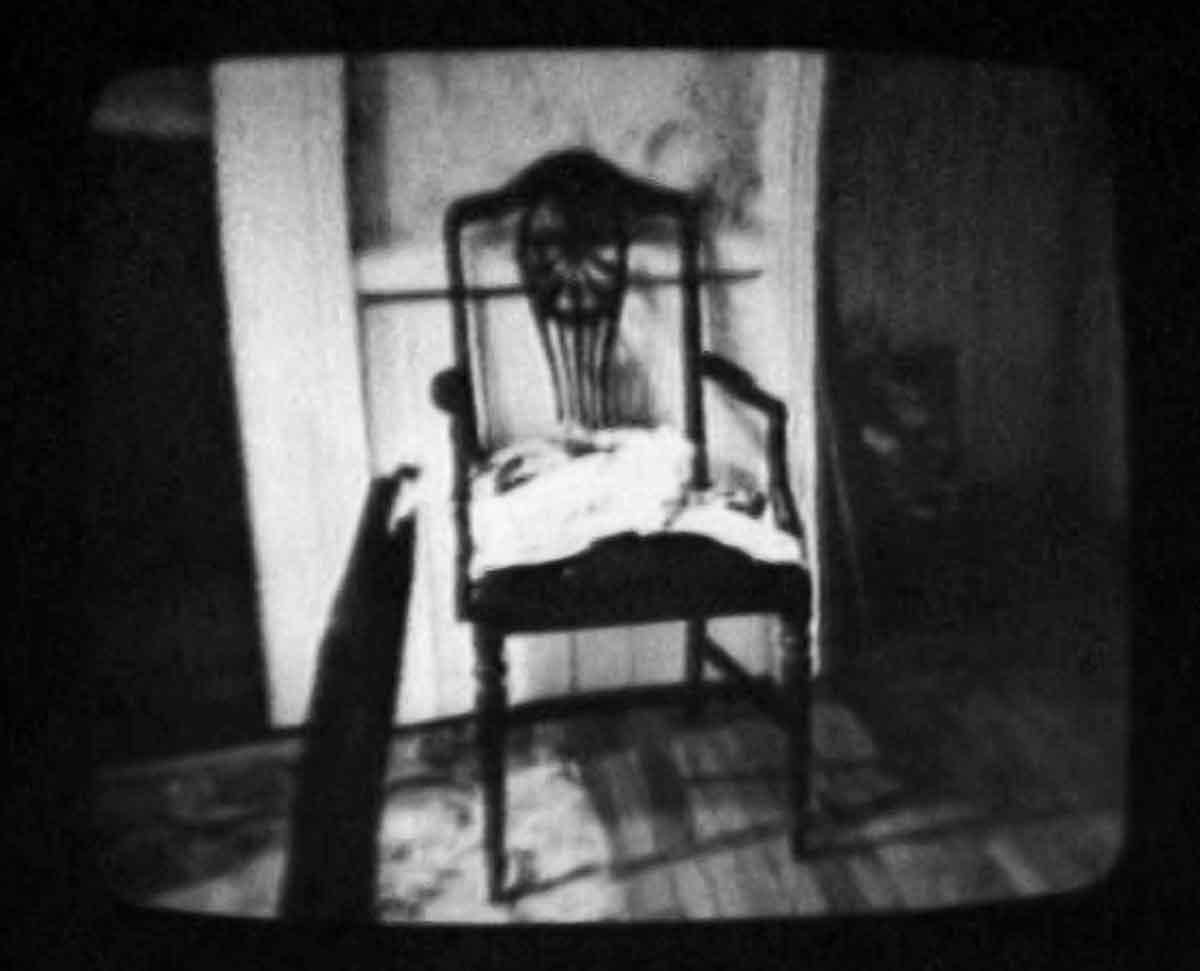 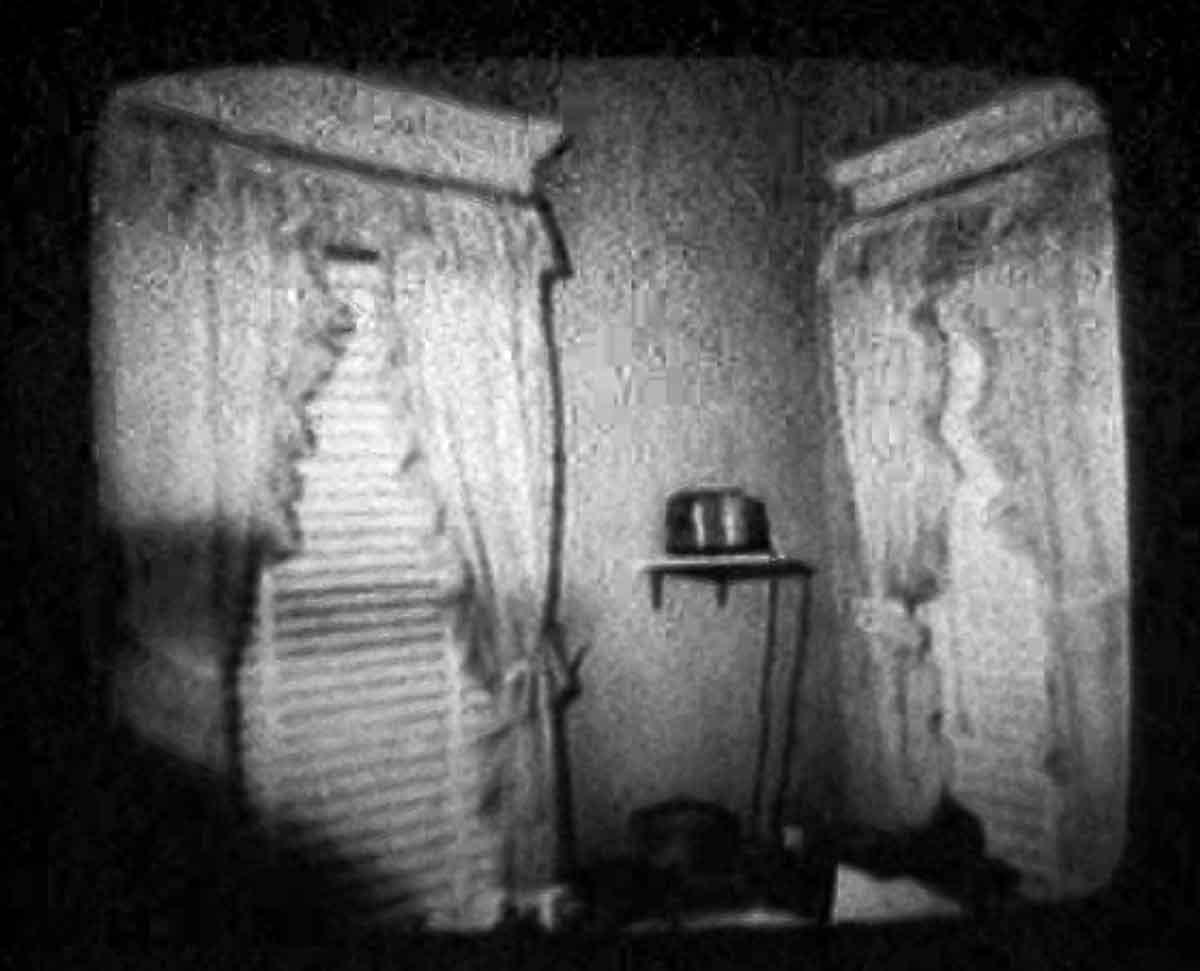 Holt’s ​Underscan ​features photographs from her Aunt Ethel’s home in New Bedford, Massachusetts, and excerpts of her aunt’s letters, which Holt reads aloud. The photographs were videotaped, and re-videotaped while being “underscanned” – a process used in video editing that Holt described in Art-Rite magazine (November-December 1974) as “a structural framework particular only to video; it compresses the picture so that the edges can be seen precisely; it does away with the variation that occurs between monitors in the amount of the image which is visible. [. . . ] Each static photo image, as it appears, changes from regular to elongated to compressed or vice versa.” The information presented from Aunt Ethel’s life is similarly constrained, limited by the contents of her letters, and what Holt has chosen to reveal. What results is a myopic archive of growing old, punctuated by life’s cyclical patterns.