In 1966, Robert Smithson produced three proposals for monuments in desert settings: Grave Mounds with Object, Proposal for a Monument on the Red Sea, and Proposal for a Monument at Antarctica. These proposals for monuments in Bahrain, Egypt, and Antarctica were made by overlaying illustrations of crystalline forms clipped from science books onto found images. The collages were produced in a transitional year for the artist, made in a period between quasi-minimal sculptures and the earthworks that would come to define Smithson as a land artist. They are studies for unsolicited monuments in inaccessible locations, a way of intervening on sites that did not reoccur in Smithson’s oeuvre after 1966. This essay will examine the triptych, asking what they meant for Smithson’s evolving ideas of monumentality, site, and intervention.

Grave Mounds with Object depicts a landscape of burial mounds with a gray triclinic1  in the distance. The background image is from an article in the 1960 issue of Scientific American titled “A Forgotten Civilization of the Persian Gulf,” by P.V. Glob and T.G. Bibby describing the excavation of the Dilmun burial mounds on the island nation of Bahrain - funerary structures, dating between three thousand and five thousand years old. The eight-page article is authored by the Danish leads of the expedition and features several images of the mounds and ruins in context, peppered with archeologists, palm trees, and local helpers. Smithson chose the most abstract of the images in the article, selecting the only one which shows no humans or objects that may provide context or scale. Yet, by retaining the caption to the image, Smithson informs the viewer that there is a funerary architecture buried within the mounds and that this is not a natural landscape, rather a necropolis that has become a landscape. From the image Smithson chooses, one cannot tell when or where the mounds are. As monuments, they depict a state of ambiguity that interested the artist; they are an entropic monument that Smithson claims. The crystal which Smithson overlays is cut from Charles Bunn’s Crystals: Their Role in Nature and in Science (1964), and Smithson has shaded it in with either pencil colors or wax crayon. The superimposition of the crystal onto the image disrupts the stasis of the mounds; it becomes unclear if it is the crystal or the funerary landscape that is the monument. The dialectic between foreground and background collapses the cave man and the space man into a single image. The landscape is an unknown location in an unknown present; the crystal could be a monument from a distant past, or a museum for an eminent future.

In Bunn’s book Smithson also finds the rhombohedral crystal which he uses for the collage Proposal for a Monument at Antarctica.2  The backdrop of this collage is from the book The Antarctic Challenged,3  the image captioned: “American Naval Operations in the Antarctic,” and it shows human beings at the scale of ants pulling boats or equipment towards the shore. Smithson’s collage includes no caption or descriptive text, it is unclear to the viewer why the boats are being pulled, or what task the humans are there to perform. The rhombohedral is part of the same hexagonal crystal system as ice, and could be interpreted as a representation of the Antarctic landscape it occupies. As a scaled-up particle of the Antarctic icescape, the monument is both as natural and unnatural as its surroundings. The Antarctic, a desert of ice, could be thought of as a nature that is almost denaturalized by its extreme conditions. It is a cryosphere where water, carbon dioxide, and time itself have all coalesced and become entrapped in ice. Whereas the other collage offers no context to evaluate what is familiar and what is not, this one is willfully picturesque, presenting a human encounter with the sublime.

The third collage, Proposal for a Monument on the Red Sea4  shows a cubic crystal on a rocky shoreline. The cube is colored orange, in contrast to the other crystals which are only shaded. The image is from Claude Aveline’s 1955 photobook Egypte,5  part of Les Album des Guides Bleus, a series of French travel guides intended for readers interested in various destinations around the world. Most of the images are standard fare for a mid 1950s book on Egypt: there are statues, pyramids, monuments, mosques, and the Nile River. Smithson, however, selects an empty beach scene, the only plate in the book which gives no insight as to when or where the image was taken. It negates the idea of Egypt, and the title written on the back of the positive photostat opens a dialogue between expectation and collage. When given the context of the Red Sea the cube is no longer a sculpture, but a monument of possibly Pharaonic provenance. It is indirectly in dialogue with the idea of monuments in Egypt, as Smithson does not have them share a frame. His choice of image here is deliberately scaleless, the cube could be gigantic, or it could be small, and thus its function and its monumentality are left up to the viewer to decide. We know it is in Egypt, but it is unclear if the cube is a monument, a tomb, or an electricity substation.

In his collages Smithson is in conversation with the Bahrain burial mounds, the Antarctic landscape, and Egypt’s monuments - but he is not interested in forming a direct narrative with those places. The dialogue with the site happens obliquely through the caption or the title, rather than through the image itself. The titles and captions confirm the negation of expected content, the presence of works in proximity to a context, but not in direct dialogue with it. The collages present several deserts, but the desert in these instances is less an ecology and more an idea. The desert is “less nature than a concept, a place that swallows up boundaries,” not an environment but a modern space for staging artworks.6  We can almost see Smithson’s deserts in these collages as open-air white cube spaces; the monuments are rendered as giant sculptures in a large, possibly infinite gallery. In that sense the idea of a desert in these collages is still as a fixed entity, a backdrop that allows for an exploration of scale and proportion but otherwise static—something which Smithson’s later ideas of site and environment will contest.

After 1966 Smithson discontinues the collage technique as a way of developing a proposal. He opts instead to render future proposals by hand, reducing the juxtaposition between site and intervention in the image. We could attribute the end of the collage series to his increasing involvement with projects like the Dallas Fort Worth Airport and the ability to execute proposals in the real world. But as he continued to draw proposals by hand in the years that followed it is more likely that he found the medium of collage to be non-productive for rendering his proposals, and that reusing found images rendered the monuments too specific in form as autonomous objects separate from their surroundings. Works like Gyrostasis (1968), the concrete spiral for the Dallas Fort Worth airport, and Spiral Jetty are evidence that the crystalline does not vacate his practice after the collages, as he continues to produce sculptures and images within that thematic after 1966. He refers to Spiral Jetty alternatingly as a salt crystal in spiral shape, and as a mound echoing both Native American effigy and burial mounds. However, the six crystal families of Bunn’s book and collaged crystals are discarded in favor of a different conception of public sculpture. Increasingly Smithson’s sculptures become explorations of a site, done using abstract or primitive forms, rather than a superimposition of those forms onto it.

The collages are ultimately studies, not for actual monuments, but explorations on the ideas of monument and site. Smithson uses the triptych (or incomplete hexaptych, if we consider that he probably intended to make a collage for each of the six crystal families) to create the discourse within which his works would exist, setting up the contradiction between architecture and object, crystal and map, building and ruin, landscape and site. In choosing to depart from the collage technique, the dialectics Smithson had set up become latent elements within his artwork rather than a tension between the artwork and its setting. After the 1966 collages Smithson begins to explore a new idea of monuments. His later monuments are not divorced from time or site, but subject to the forces of erosion and entropy; monuments that occupy the realm between building and landscape, crystal and earthwork, and between Grave Mound and Object.

Ali Ismail Karimi is an architect whose work explores public space, ecology, and the extractive landscapes of the Middle East. He is the co-founder of Civil Architecture, an architecture office based in Manama and Kuwait City. Civil Architecture's work has been shown at the Sharjah Architecture Triennale, Oslo Triennale, Seoul Biennale and Expo 2020. In 2016, alongside Hamed Bukhamseen, he curated the Kuwait Pavilion titled “Between East and West: A Gulf“ at the 2016 Venice Architecture Biennale. Karimi previously worked in Belgium with OFFICE KGDVS, and in Chile with Alejandaro Aravena/Elemental. His writings have been published in various media outlets including San Rocco, the Architectural Review, and e-flux. Ali received his Master in Architecture from the Harvard Graduate School of Design, and is a Visiting Critic at Rice University. In 2021 he was a Holt/Smithson Foundation Research Fellow. 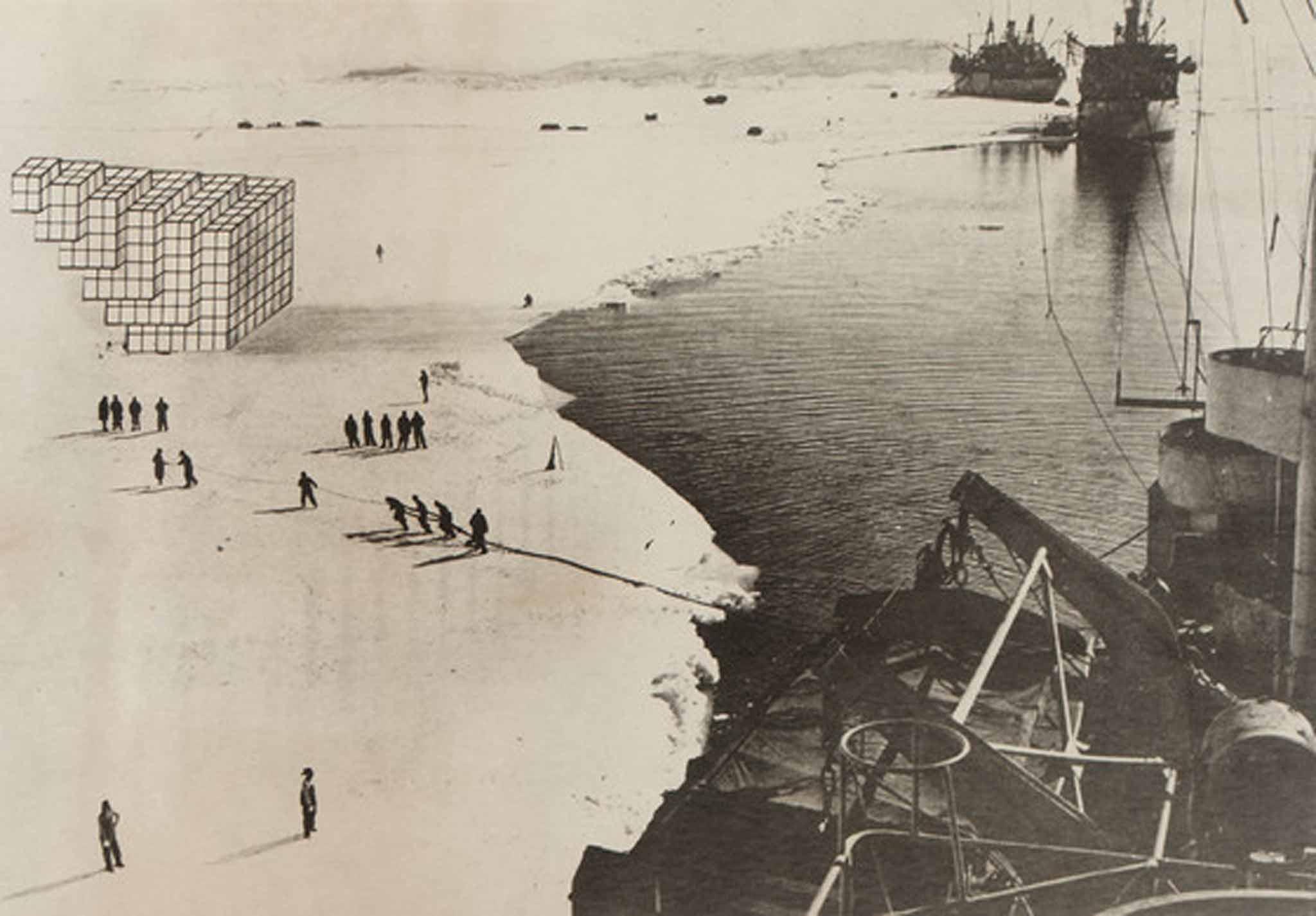 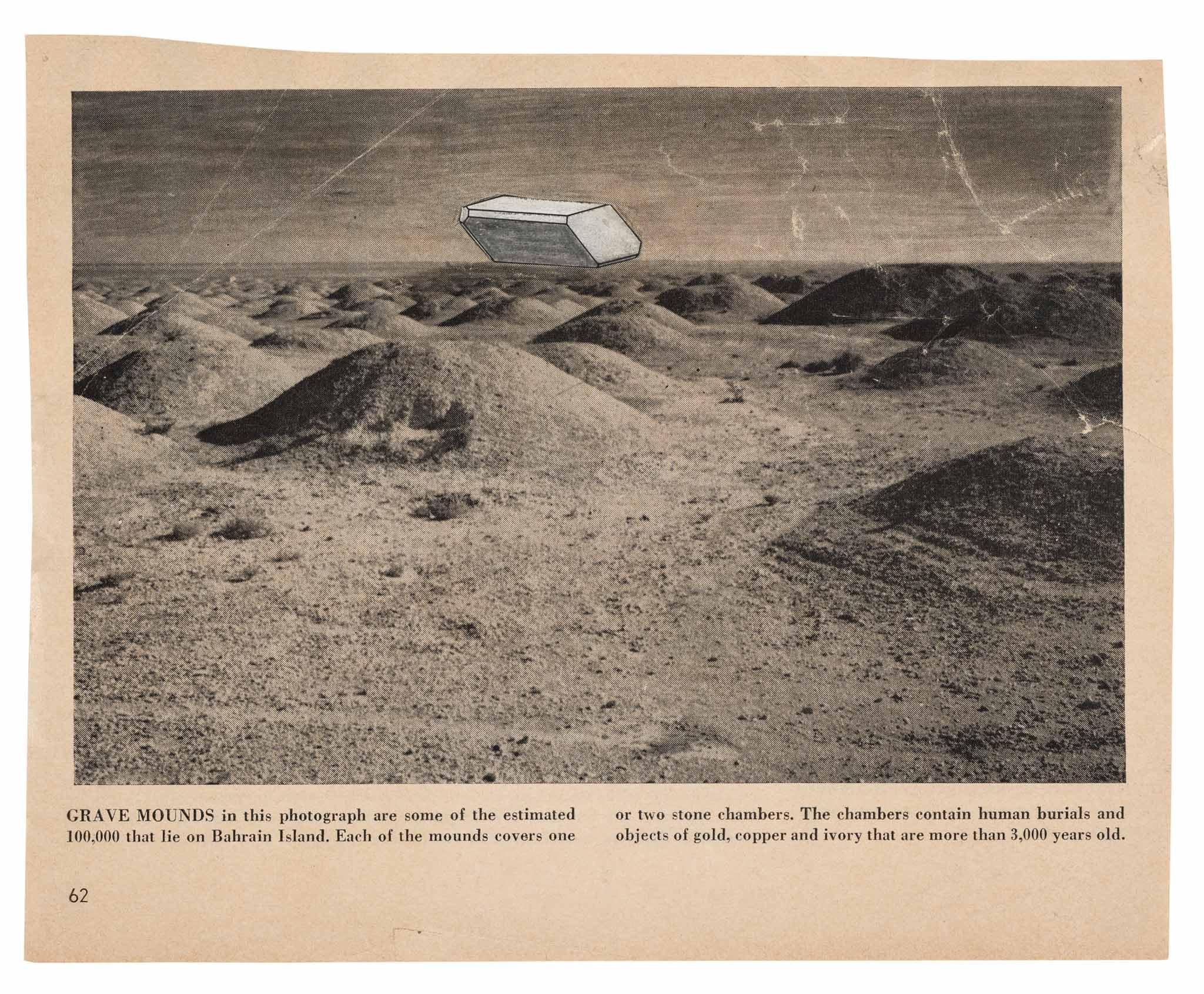 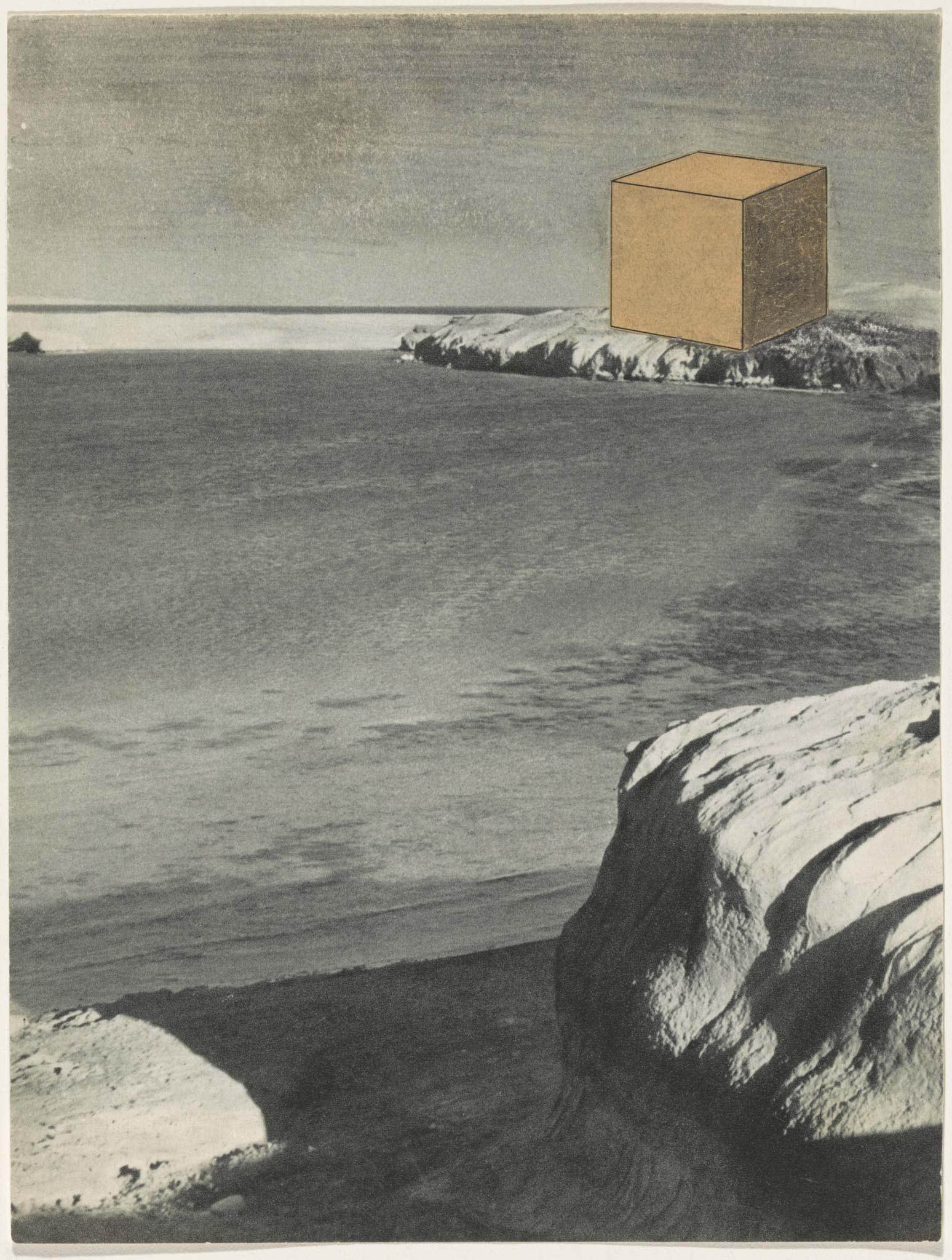 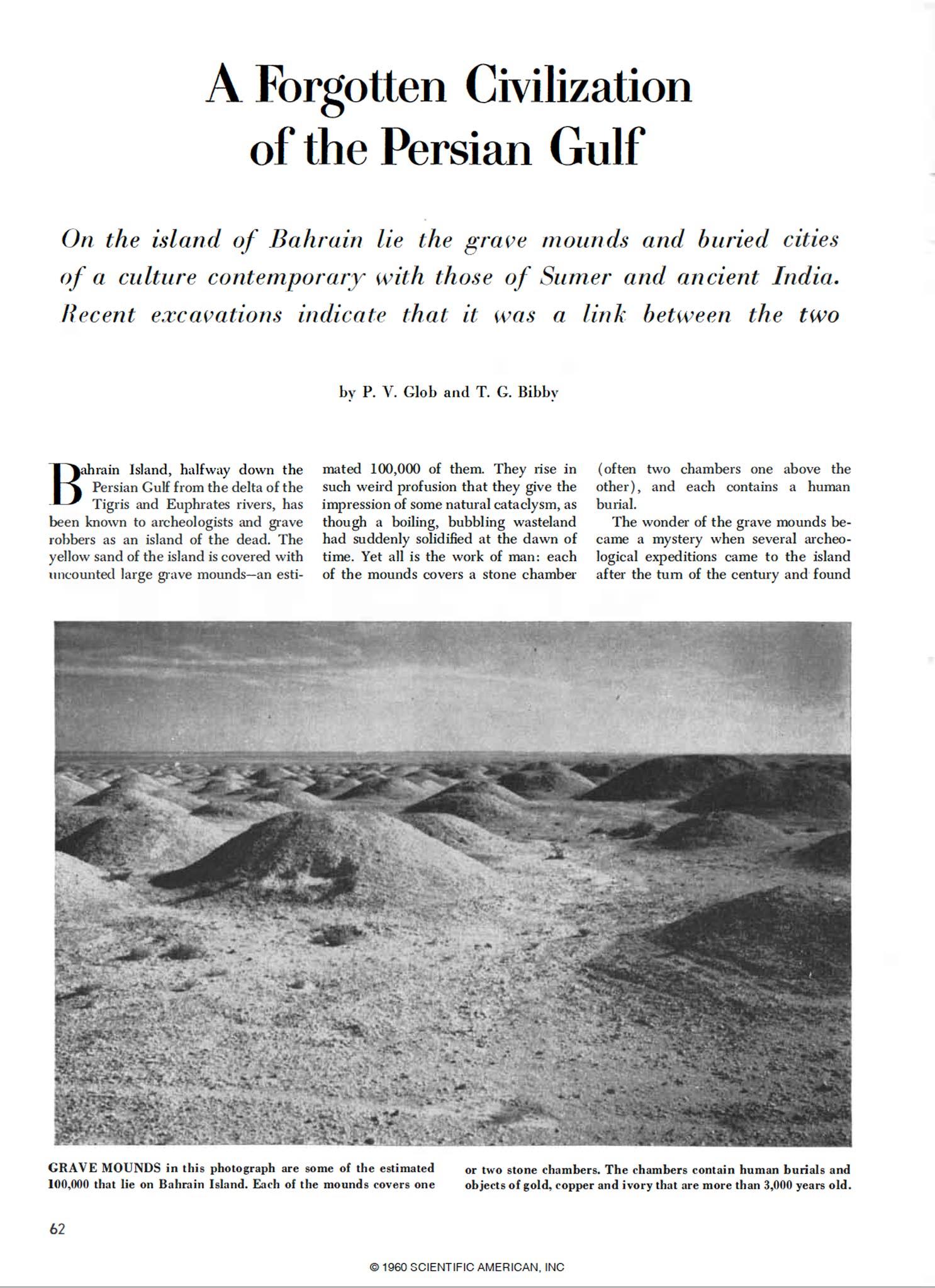 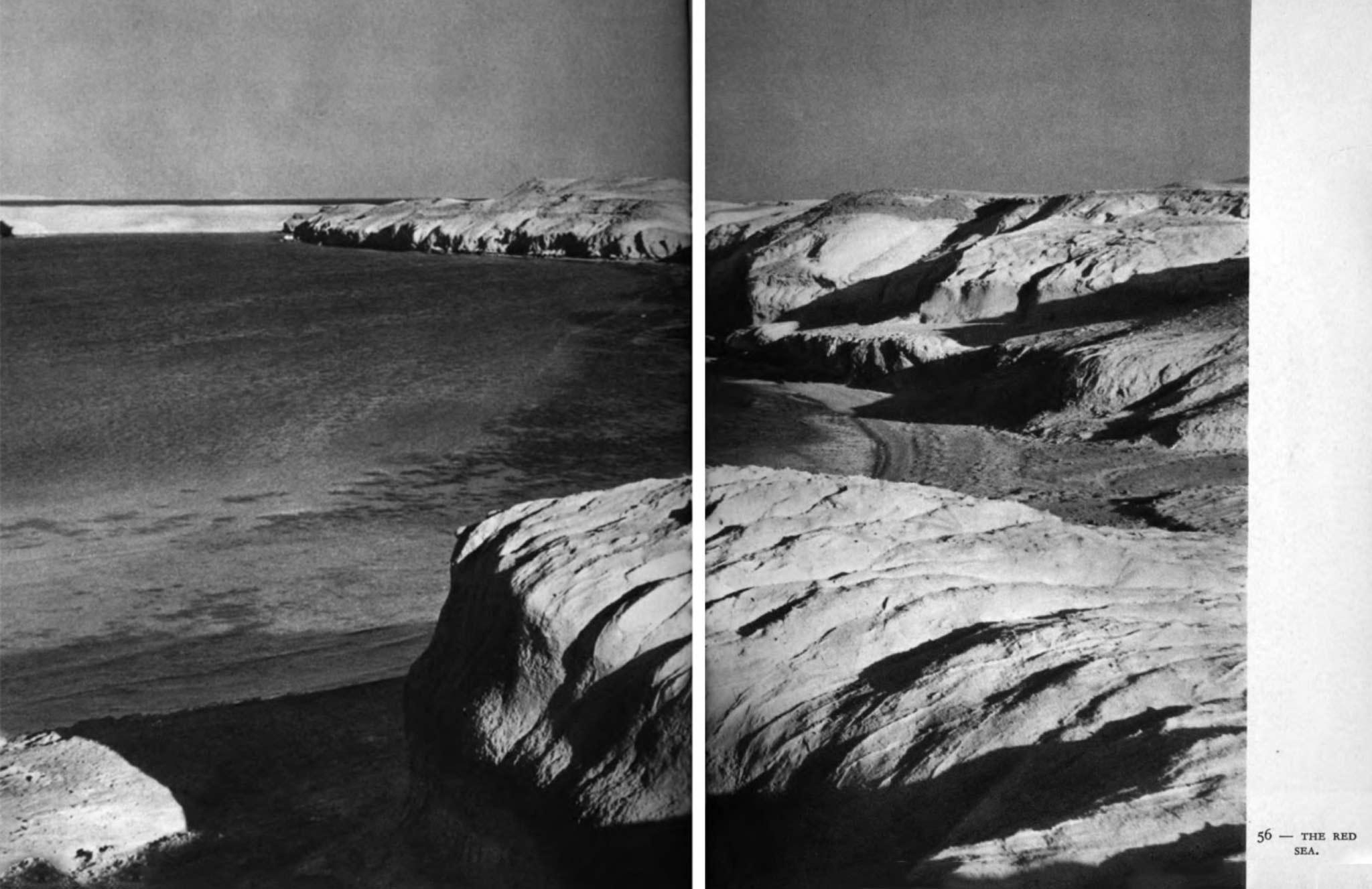 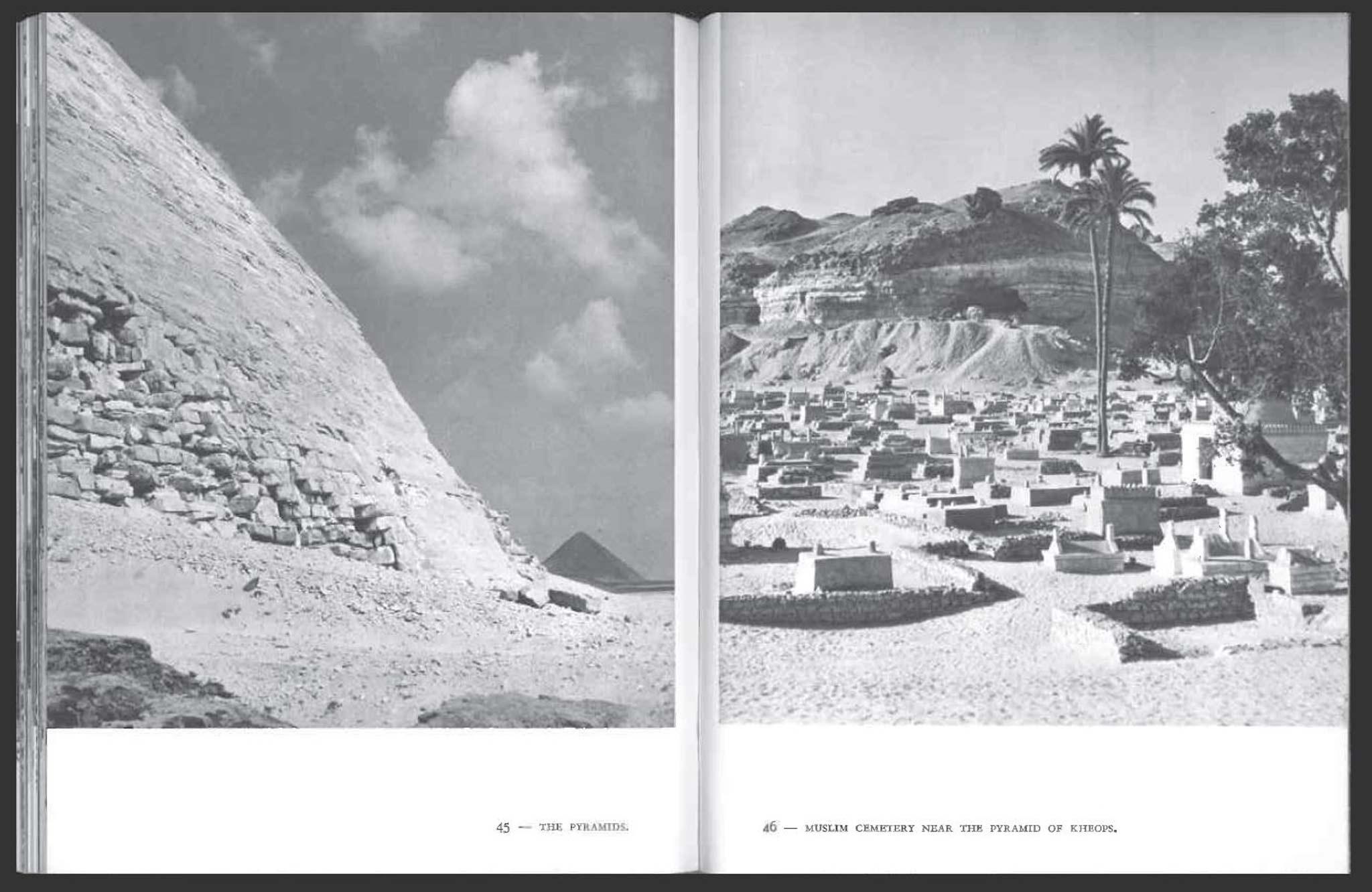 Romantic Triclinic from Charles Bunn's, Crystals: Their Role in Nature and in Science (1964) used in Smithson's Grave Mounds with Object (1966) 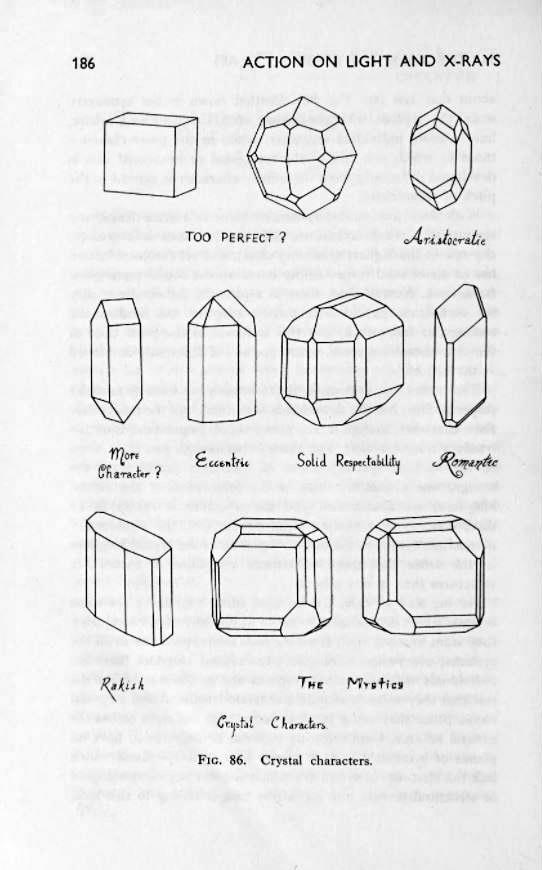 Romantic Triclinic from Charles Bunn's, Crystals: Their Role in Nature and in Science (1964) used in Smithson's Grave Mounds with Object (1966)

Rhombohedral in Charles Bunn's, Crystals: Their Role in Nature and in Science (1964) 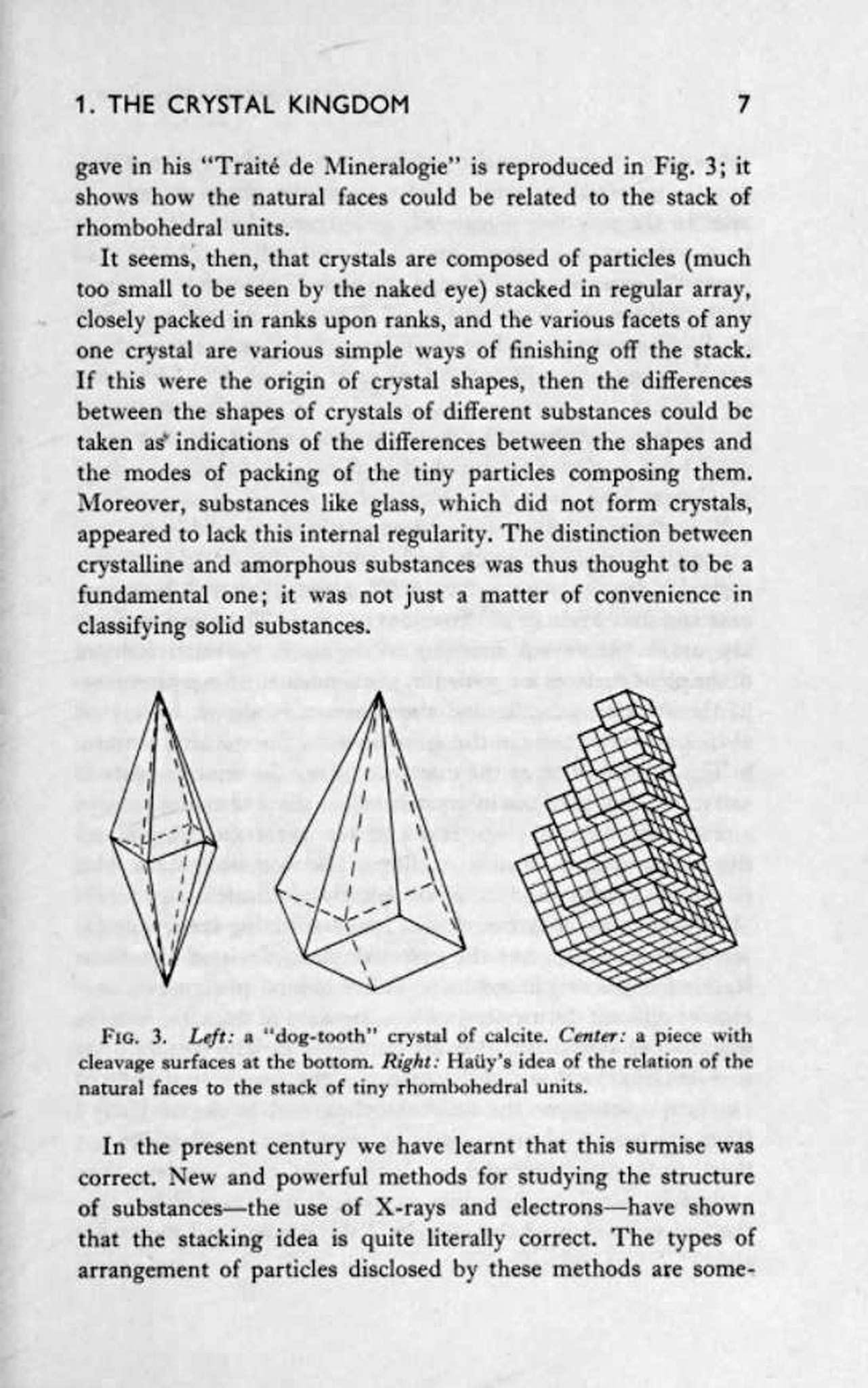 Rhombohedral in Charles Bunn's, Crystals: Their Role in Nature and in Science (1964) 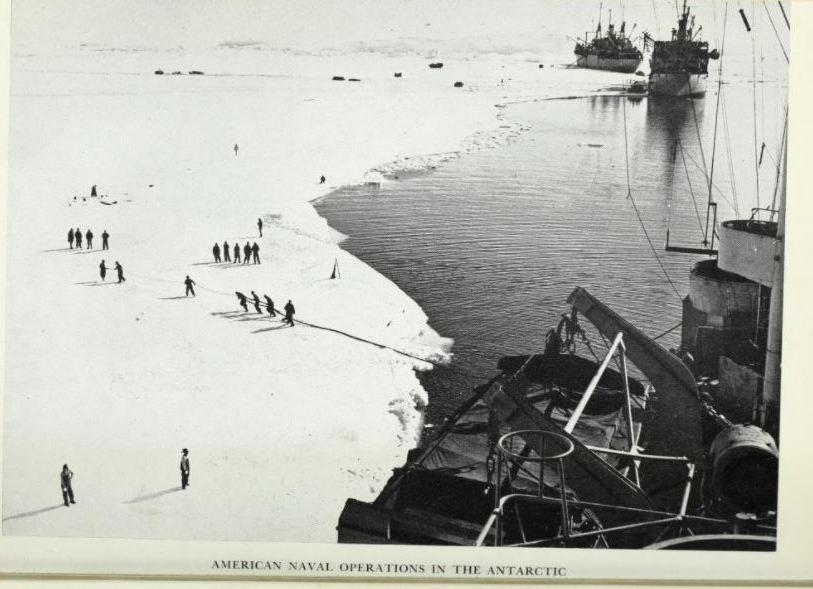