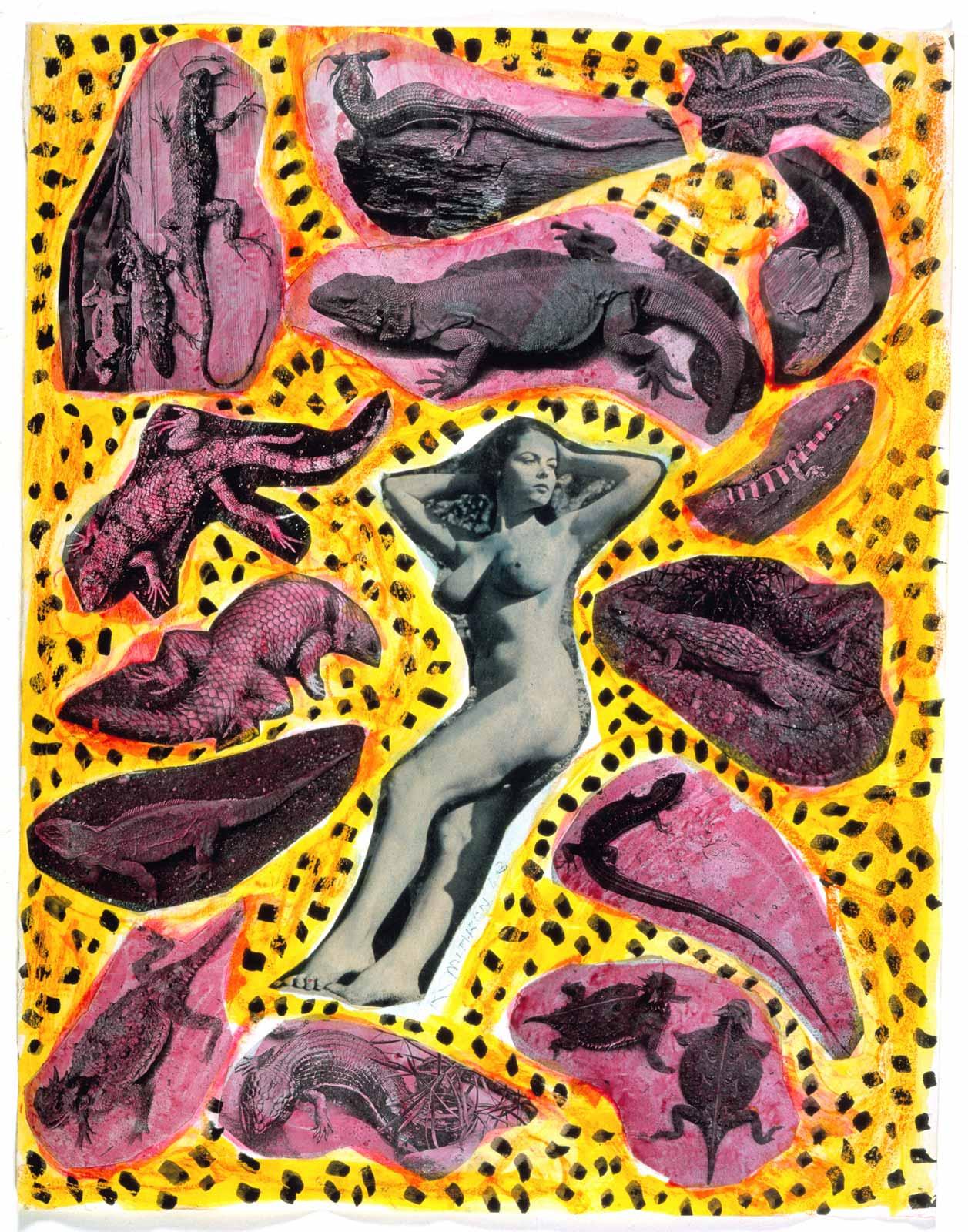 The early 1960s found Smithson experimenting with his own irreverent approach to Pop Art. This collage is part science fiction, part pornography, and entirely indicative of Smithson’s rebellion against the status quo. ​Untitled ​features a pin-up girl surrounded by seemingly prehistoric creatures, mounted on a boldly patterned backdrop. It harkens to icons of popular culture such as Godzilla​ and ​King Kong, while​ ​starkly exposing the basis of their commercial appeal: fear and sex. Stripped of a narrative context, ​this work ​reveals a humorous approach to what Smithson saw as Pop’s limited scope. 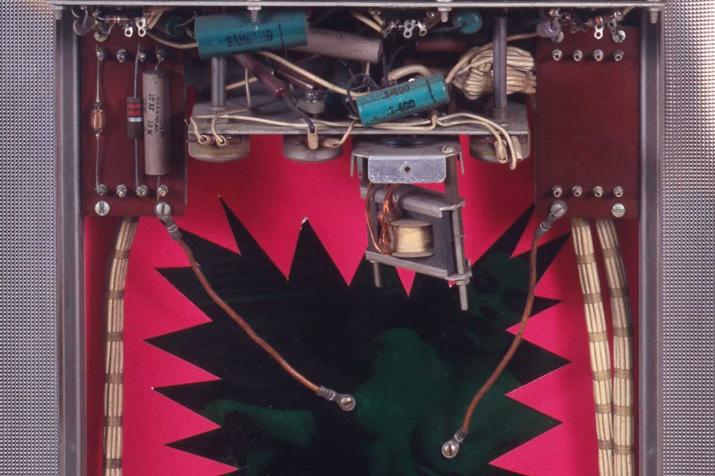 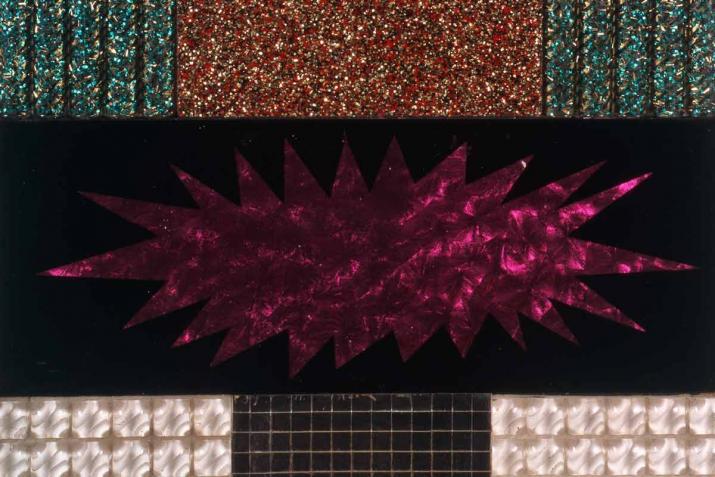