Collection: The Museum of Modern Art, Fractional and promised gift of Tony Ganz in memory of Victor and Sally Ganz 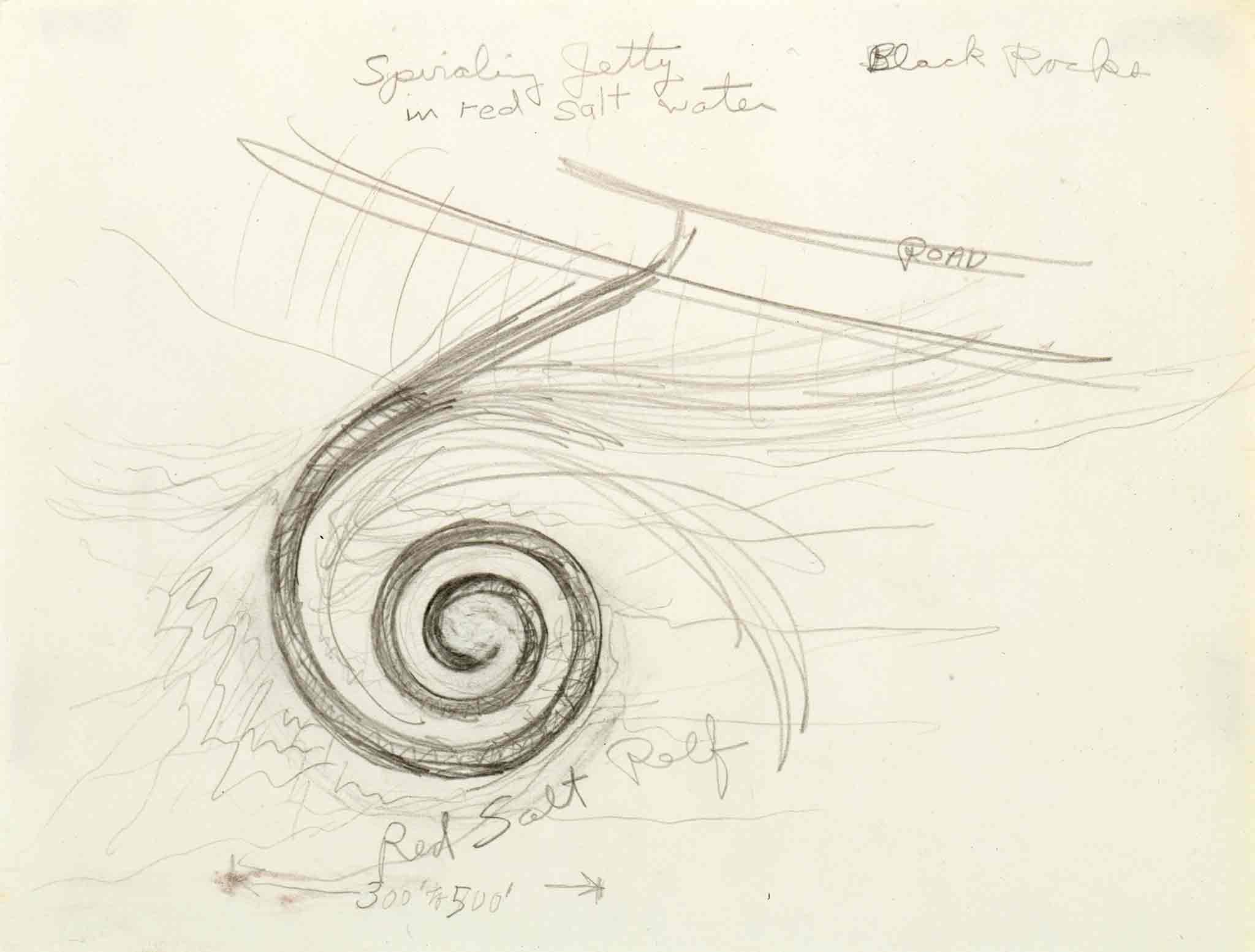 Collection: The Museum of Modern Art, Fractional and promised gift of Tony Ganz in memory of Victor and Sally Ganz

One of many preliminary drawings for Smithson’s most famous work, Spiral Jetty, this particular sketch calls attention to the striking red hue of Great Salt Lake. The color is a result of salt-tolerant algae and bacteria, a feature that reminded Smithson of the primordial sea. While the drawing appears as a simplified plan for the iconic earthwork, it is not merely a means to an end. Rather, this sketch—along with countless others—exemplifies Smithson’s ongoing meditation on the infinitude of time, change, and spiritual desire as represented by the spiral form.

Built at the mouth of a terminal basin rich in minerals and nearly devoid of life, ​Spiral Jetty ​is a testament to Smithson’s fascination with entropy. Its precarious location lends itself to the structure’s inevitable disintegration, yet its impressive size and deliberate shape command the surrounding landscape. Constructed from 6,650 tons of rock and earth, the spiral continuously changes form as nature, industry, and time take effect.

In 1999 Nancy Holt and the Estate of Robert Smithson donated the earthwork to Dia Art Foundation, who continue as stewards.

Featuring Smithson’s earthwork of the same name, ​Spiral Jetty ​is an artistic endeavor of its own identity. Juxtaposing the industrial violence of Spiral Jetty’s construction with the peaceful beauty of its surrounds, the film provides an ambivalent, disorienting perspective of Smithson’s earthwork. A jarring ambient soundscape and readings from a conglomeration of texts underscore footage of the site, which is intercut with shots of maps, books, and at one point, a dinosaur exhibit. 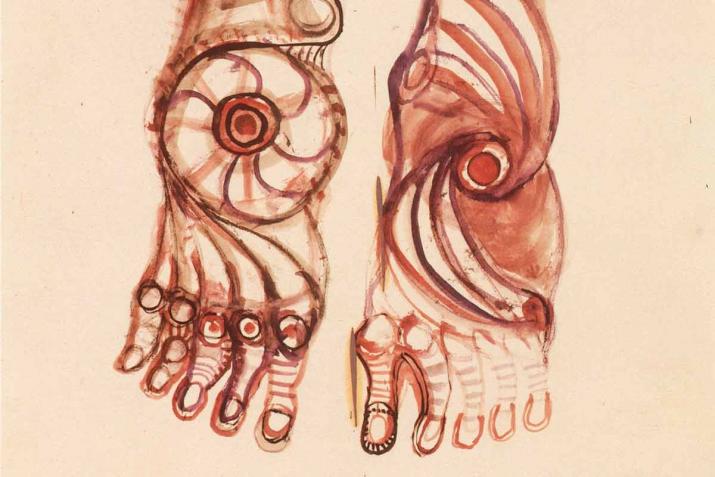