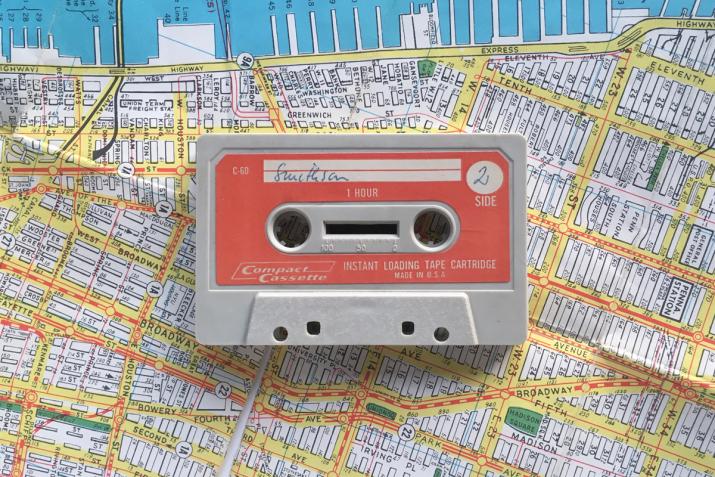 During an extensive trip to the U.S. in 1969, artist Stig Broegger and journalist and author Erik Thygesen sought out Robert Smithson in New York for a conversation on Environmental Art and the role of art and artists in society. Already in 1967-1968, Broegger and Thygesen had translated writings by Smithson for a Scandinavian audience as co–editors of ‘ta, a Danish avantgarde magazine exploring new paradigms like ecology, cybernetics, and minimal, post-minimal and conceptual art practices. The two recalled the amount of glass, mirrors, and piles of rocks in the loft Smithson shared with Nancy Holt in Greenwich Village where the interview took place.

Beginning in New York, Broegger and Thygesen travelled to meet with artists, activists, curators, and writers engaged in redefining the art, culture and politics of the time. Their creative and intellectual journey took them from the East coast to San Francisco and Los Angeles, Tijuana and Ensenada in Mexico, several national parks of the American Southwest, Native American reservations as well as Las Vegas and Reno. The transcontinental journey is documented in Broegger’s experimental Super 8 film Amerika (1969). Upon their return, articles, exhibitions, books, and radio programs ensued, including a feature devoted to Smithson on Danish national radio in early 1970. Excerpts from the conversation in Greenwich Village were included, but the entirety of the taped interview has remained unpublished until now.

The Holt Smithson Foundation is pleased to make this interview accessible after having made contact with Stig Broegger in 2020 and through its collaboration with the Stig Broegger Estate following the artist’s passing in early 2021.

A full transcript of the conversation can be downloaded at the bottom of the page. 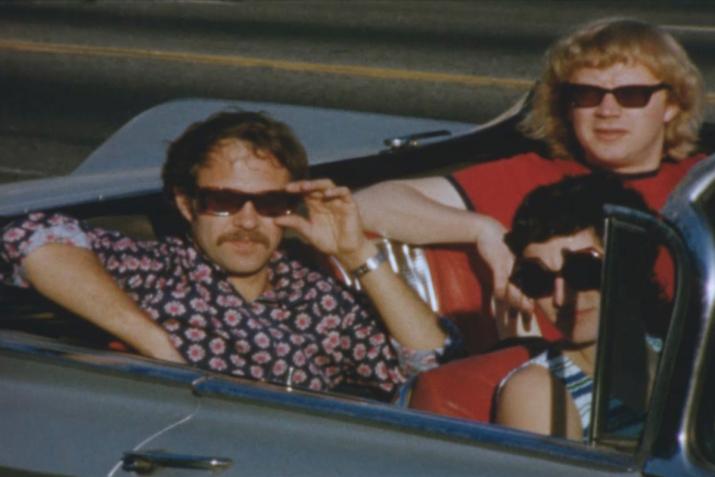 From an early age, Erik Thygesen (1941-1999) turned his attention towards American culture and politics. Having won an early competition for best essay on Edward Steichen’s The Family of Man exhibition, Thygesen was awarded a high school year in Los Angeles in the late 1950s. He went on to introduce and publish the first translations of the American Beat Generation to a Danish audience in 1964. His two-volume publication on The American Liberation Front (1970) tracked and discussed a wide range of political and grassroots movements in America in the late 1960s from Black Panthers to La Raza, The Red Guard, The New Anarchists, and feminist and students’ protests movements, partly based on interviews done on his 1969 trip to the U.S. Through his encounter with curator Kynaston McShine during the same trip Thygesen was invited to take part in the Information exhibition at MoMA in 1970. Thygesen was active as a journalist, author, translator, editor, and scriptwriter until his passing in 1999. 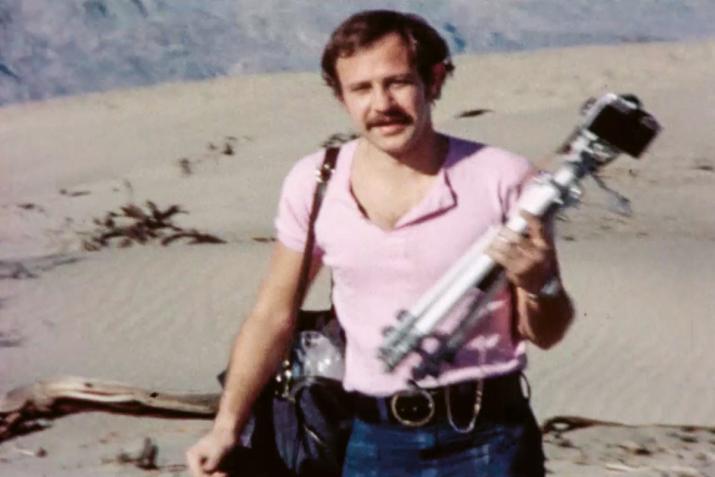 Stig Broegger (1941-2021) emerged as an artist in the mid-1960s with modular works and immersive installations informed equally by information theory, minimalism, and popular culture. During travels to the U.S. in 1969 and 1970, he created artworks in the American Southwest and New York in dialogue with the landscape and public space. Having made contact with curator Kynaston McShine in New York in 1969, Broegger returned to the city in 1970 to participate in the Information exhibition at MoMA. Broegger’s article ”Some Recent Trends” (1970) discusses developments in international art from minimalism to post-minimalism, conceptual art, street art, and environmental art, including the work of Smithson. Working for over six decades across photography, painting, performance, installation, film, artists’ books, sculpture, and projects in public space, Broegger was active until his passing in 2021. His work is represented in the collections of MoMA in New York, the Nevada Museum of Art, the Henie Onstad Art Center in Oslo, and the National Gallery of Art in Copenhagen.