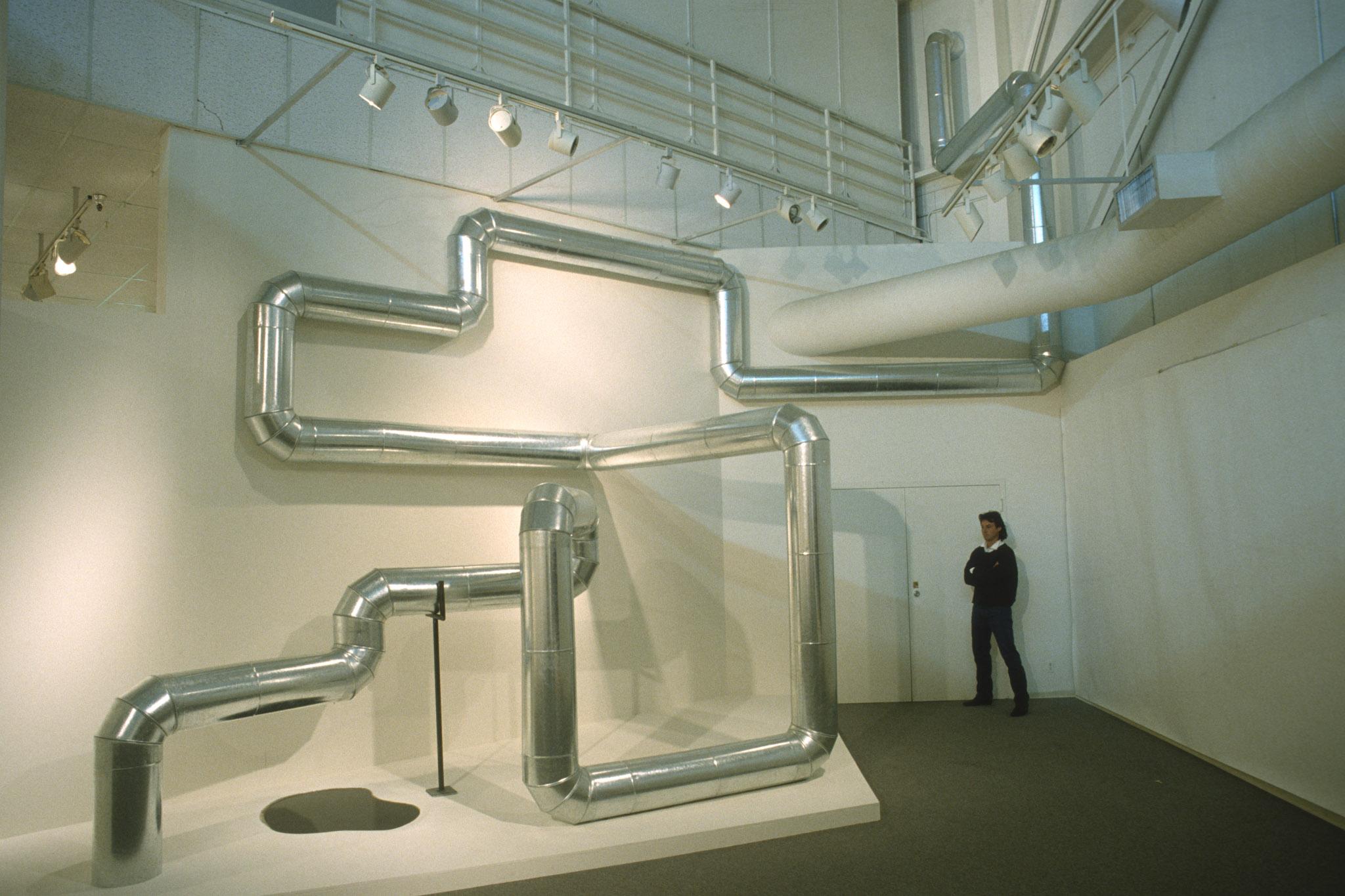 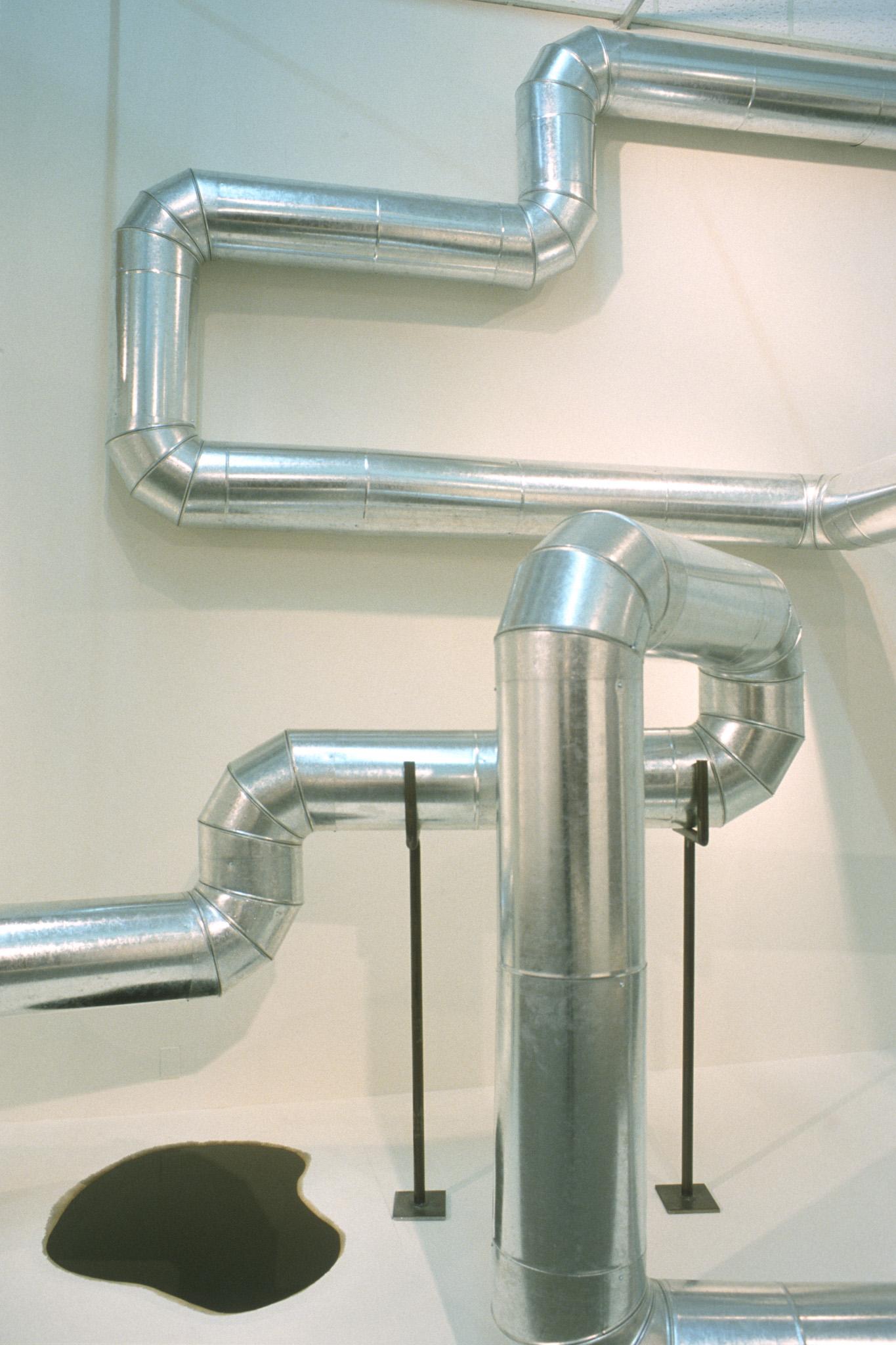 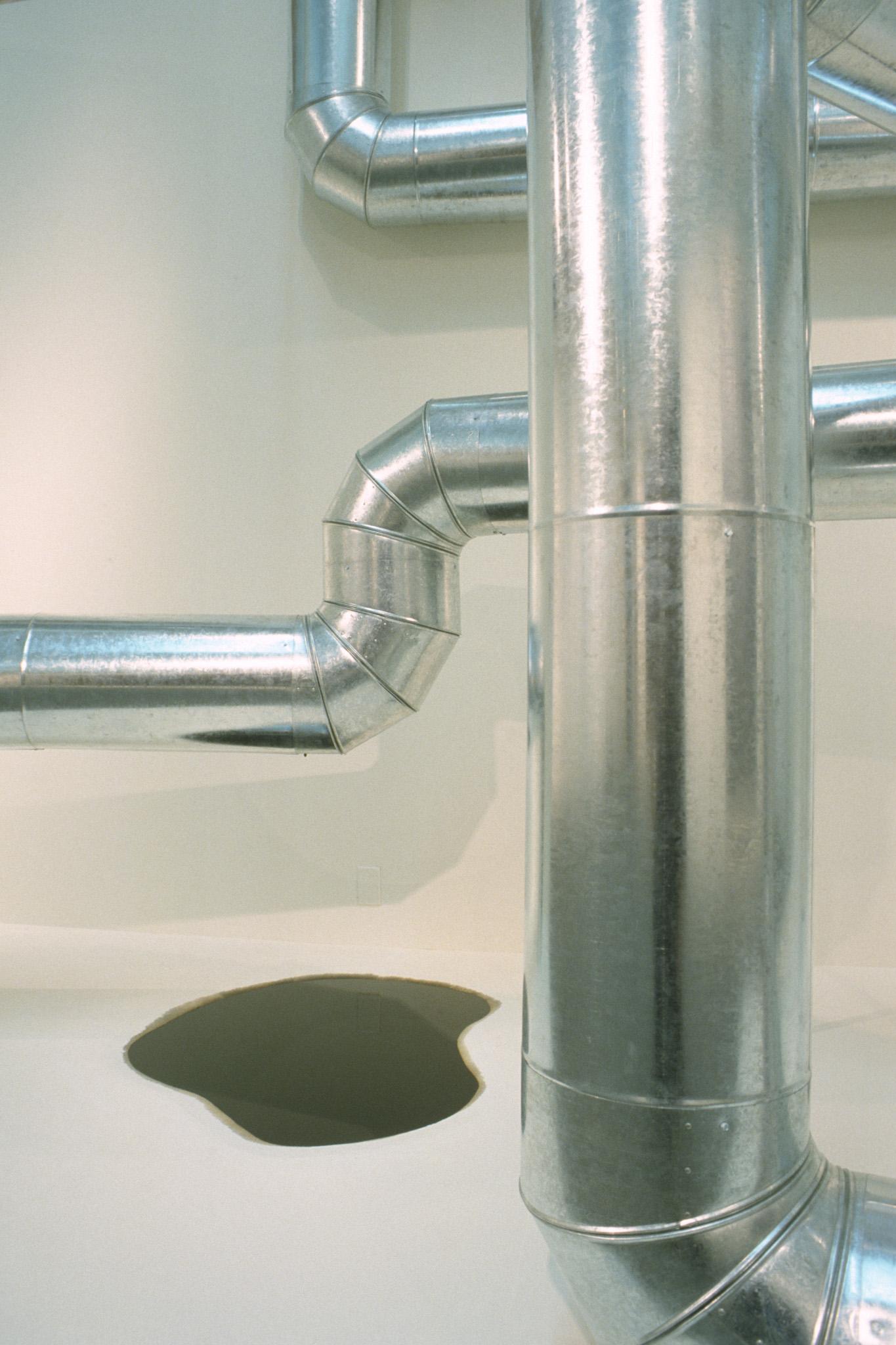 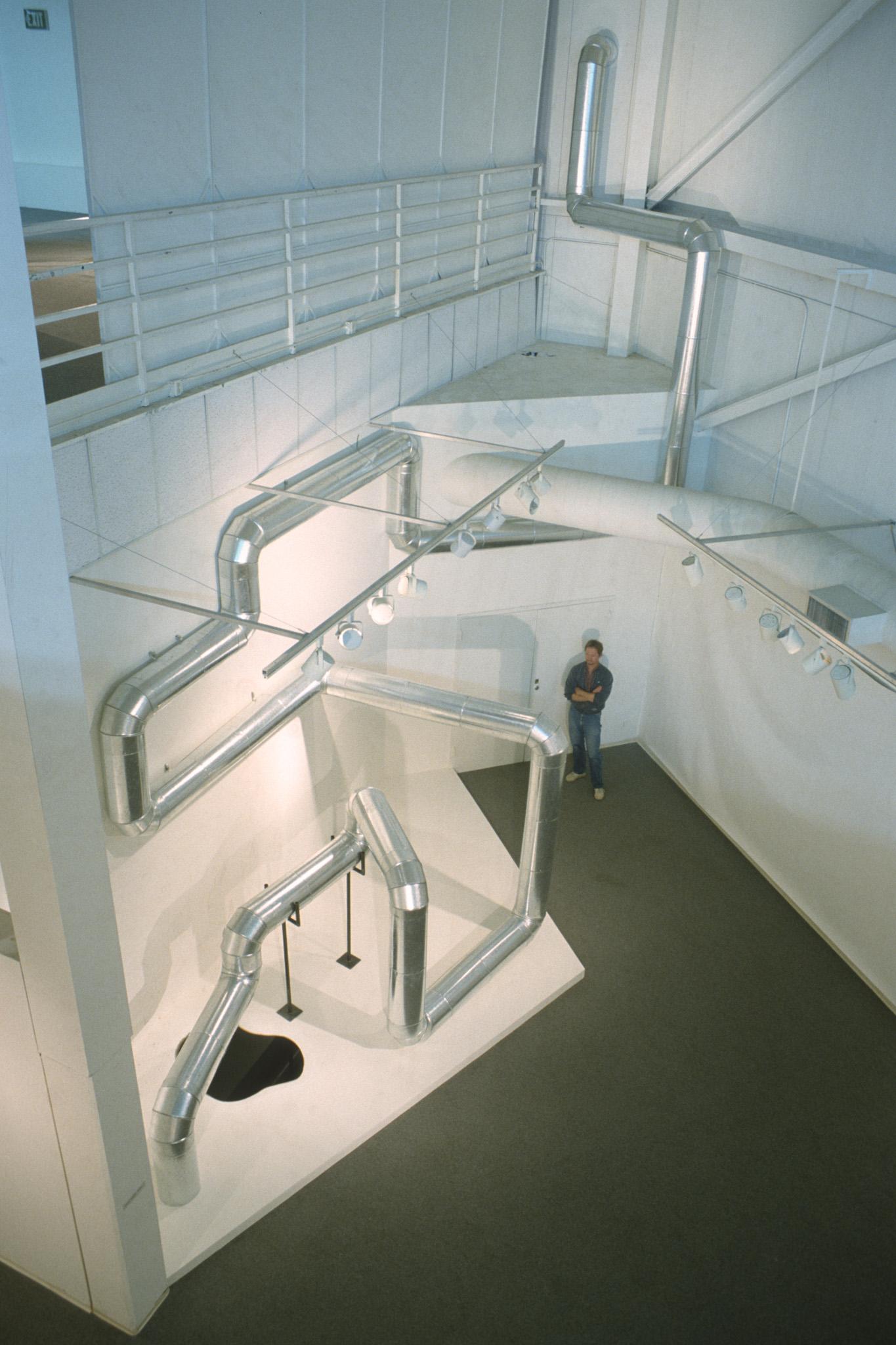 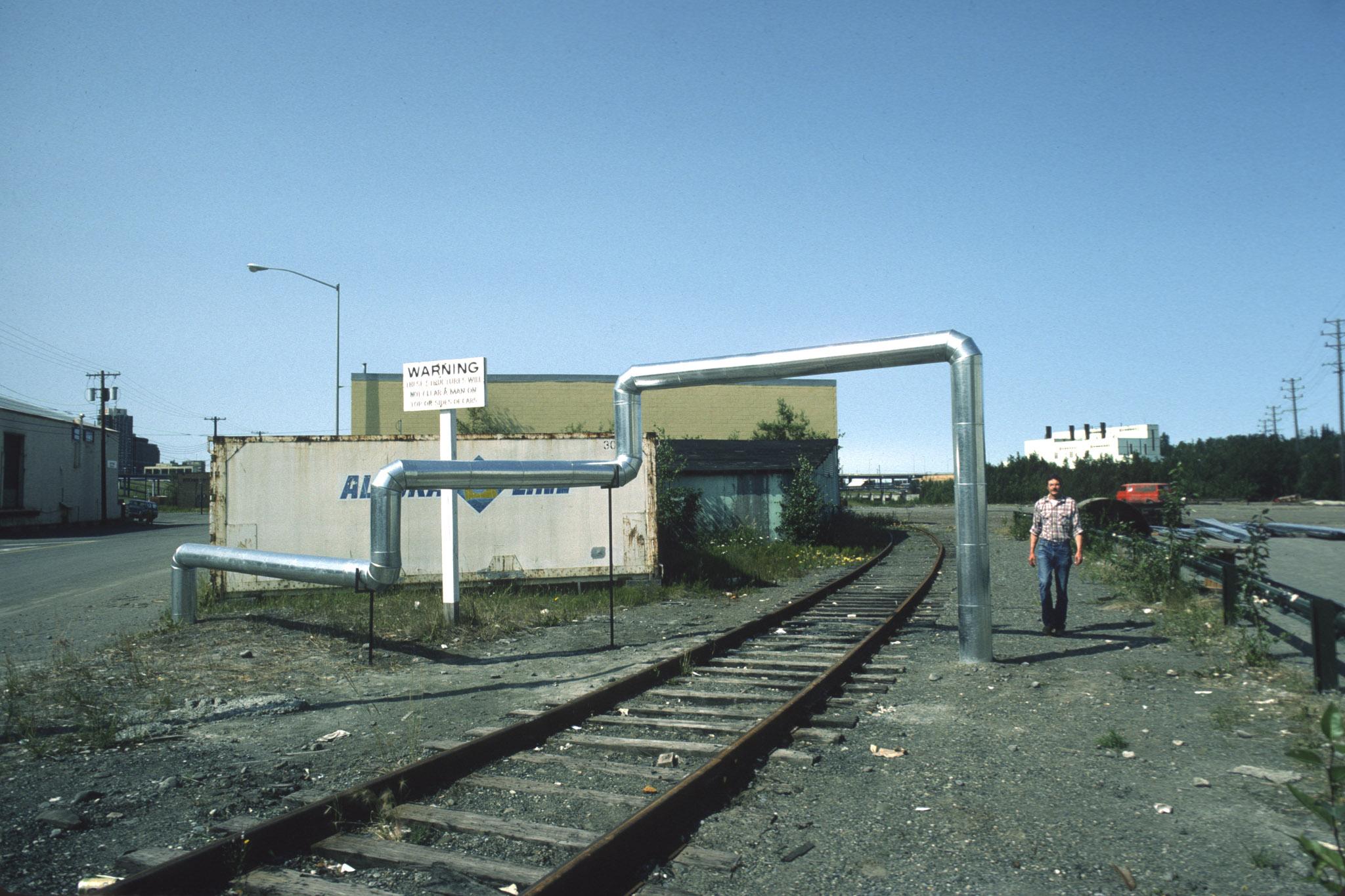 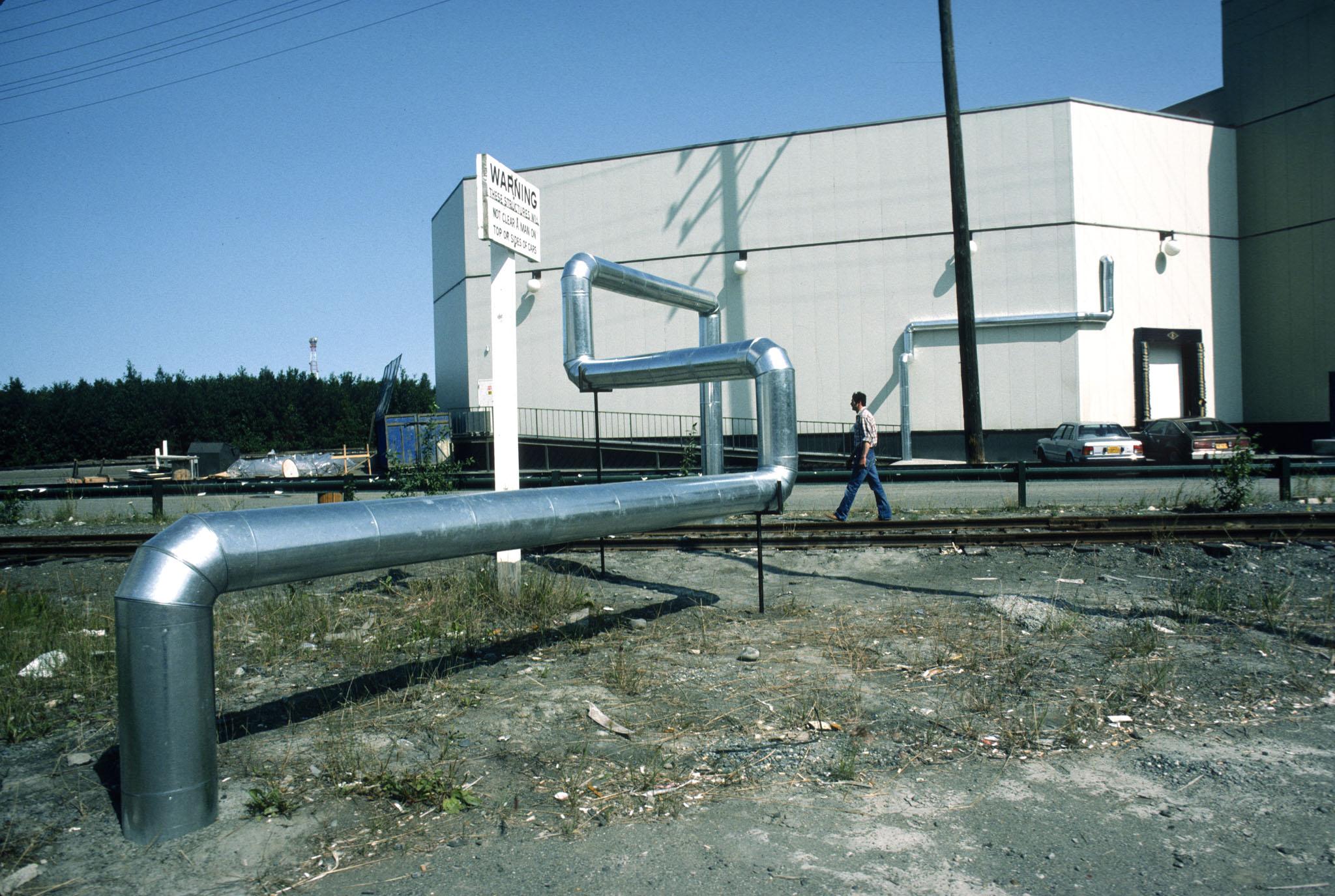 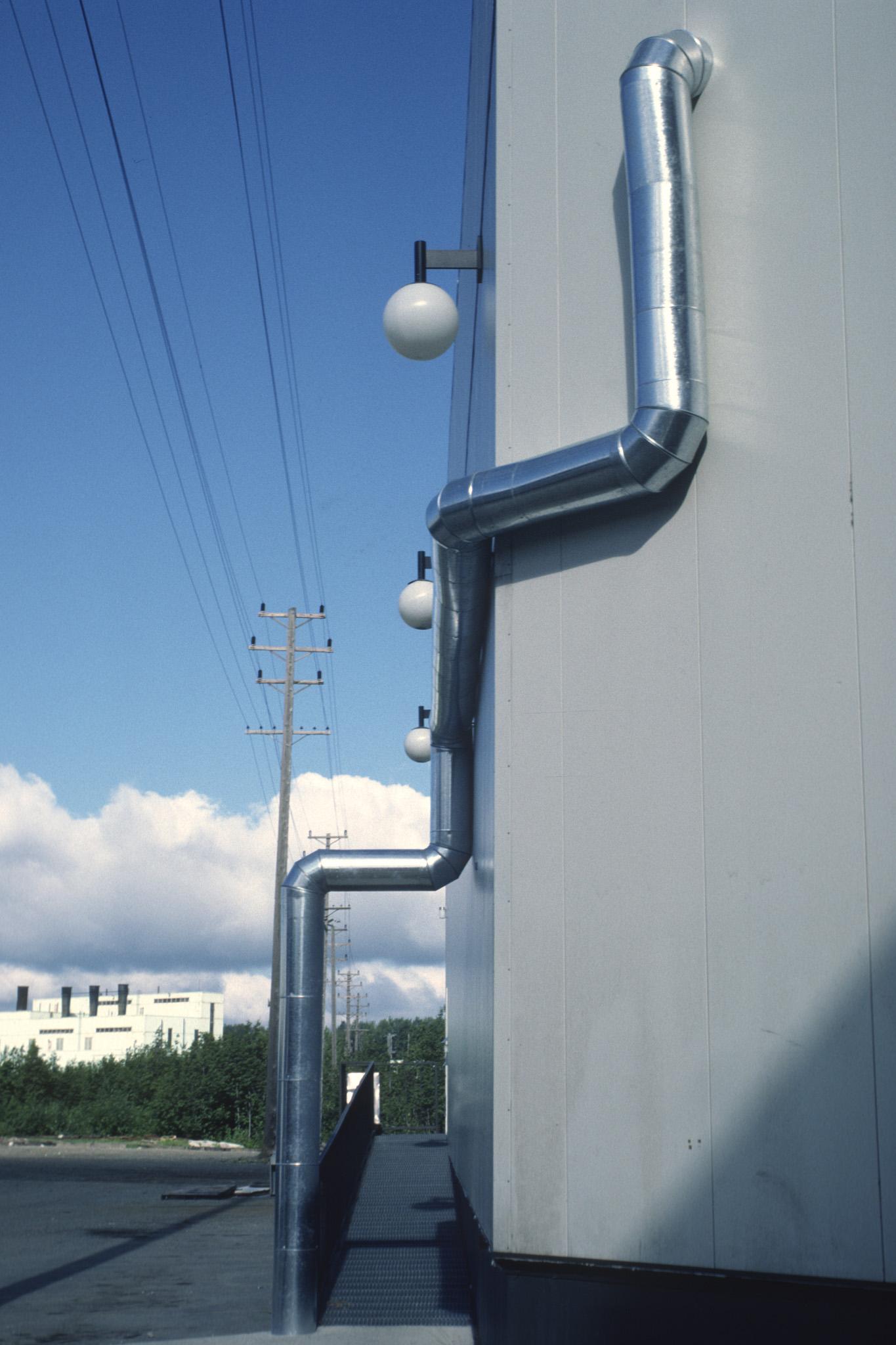 In March 1986, I visited Alaska under the auspices of the Visual Arts Center of Alaska in Anchorage, an institution partly endowed by the oil companies in Alaska.

The Visual Arts Center invited me there to experience the vast Alaskan Environment, anticipating that the experience would generate an idea for an artwork. For ten days I roamed the land looking at various sites, including the Trans-Alaska Pipeline. In July I returned to Alaska and constructed a work, which evolved from the strongest of my main initial impressions of that place.

What emerged was Pipeline—evoking the Trans-Alaska Pipeline, an $8 billion system that has twelve pump stations, eight hundred miles of pipe, and 1- billion barrels of oil. This enormous pipeline relentlessly snakes through mountain ranges as it precariously channels warm primordial fuel through the frozen landscape from one end of Alaska to the other.  More frequently than most people realize, breakdowns occur—pipes crack or rust out, oil spills.

Congruently, from the indoor section of Pipeline, oil slowly drips, pooling in a puddle on the floor, thickly black against a stark whiteness, like the snowy background of the Trans-Alaska Pipeline.

Pipeline exists in three sections, two outdoors and one indoors: The first section emerges from the ground and rises in two angular increments to arch over a railroad track and disappear into the earth.

Appearing as an extension of the first, the second outdoor section arches over the entrance ramp and coils around the side of the building, seeming to penetrate the wall.

Indoors, Pipeline  snakes down thirty feet and traverses two walls, finally doing a full turn into a double bend, dripping oil and disappearing into the floor.

Though funded often by the oil industry, the staff of the Visual Arts Center in Anchorage courageously exhibited Pipeline from July 22 through August 22, 1986. Another version, Pipeline II, was exhibited at the Fairbanks Arts Association in Fairbanks, September 5-28, 1986.