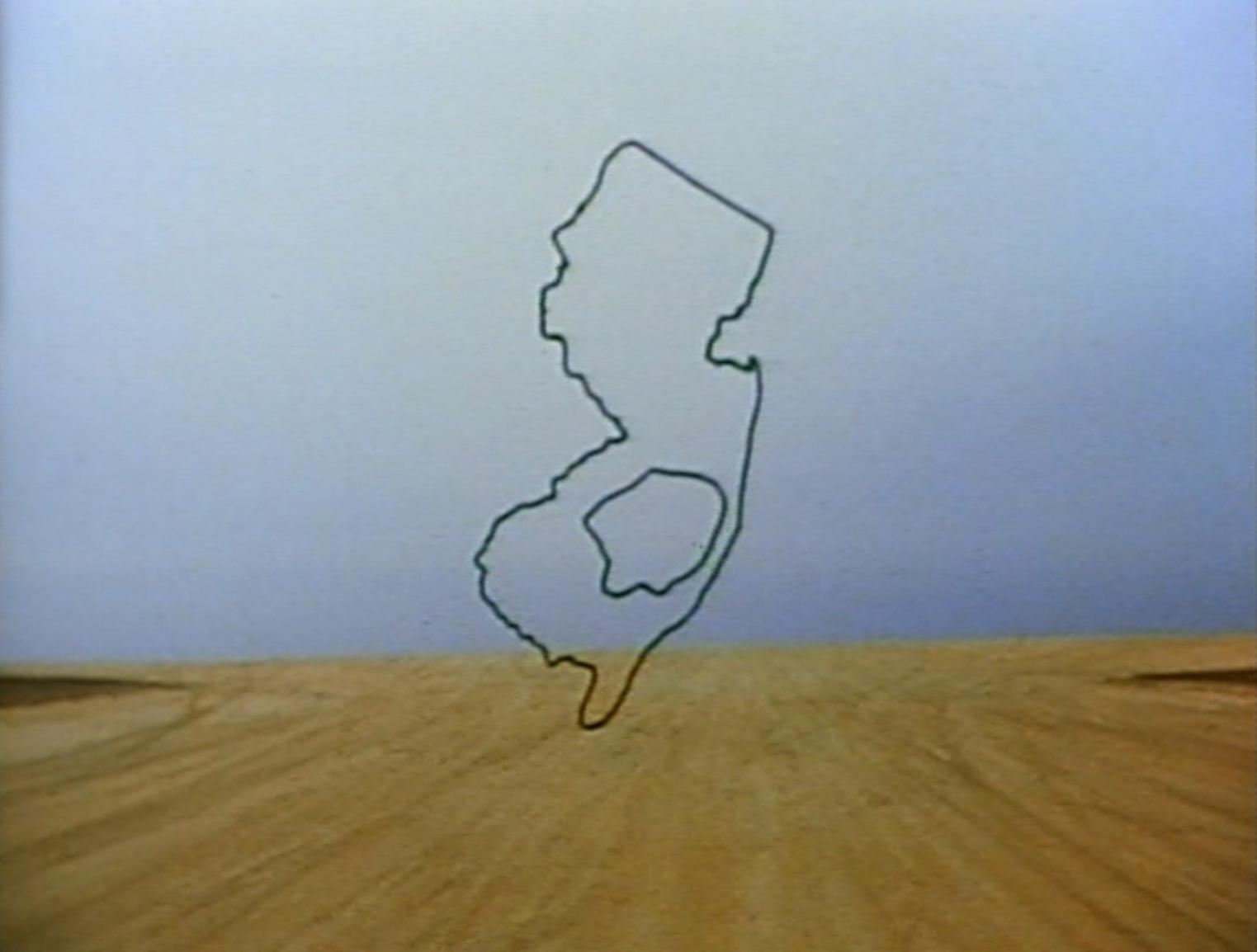 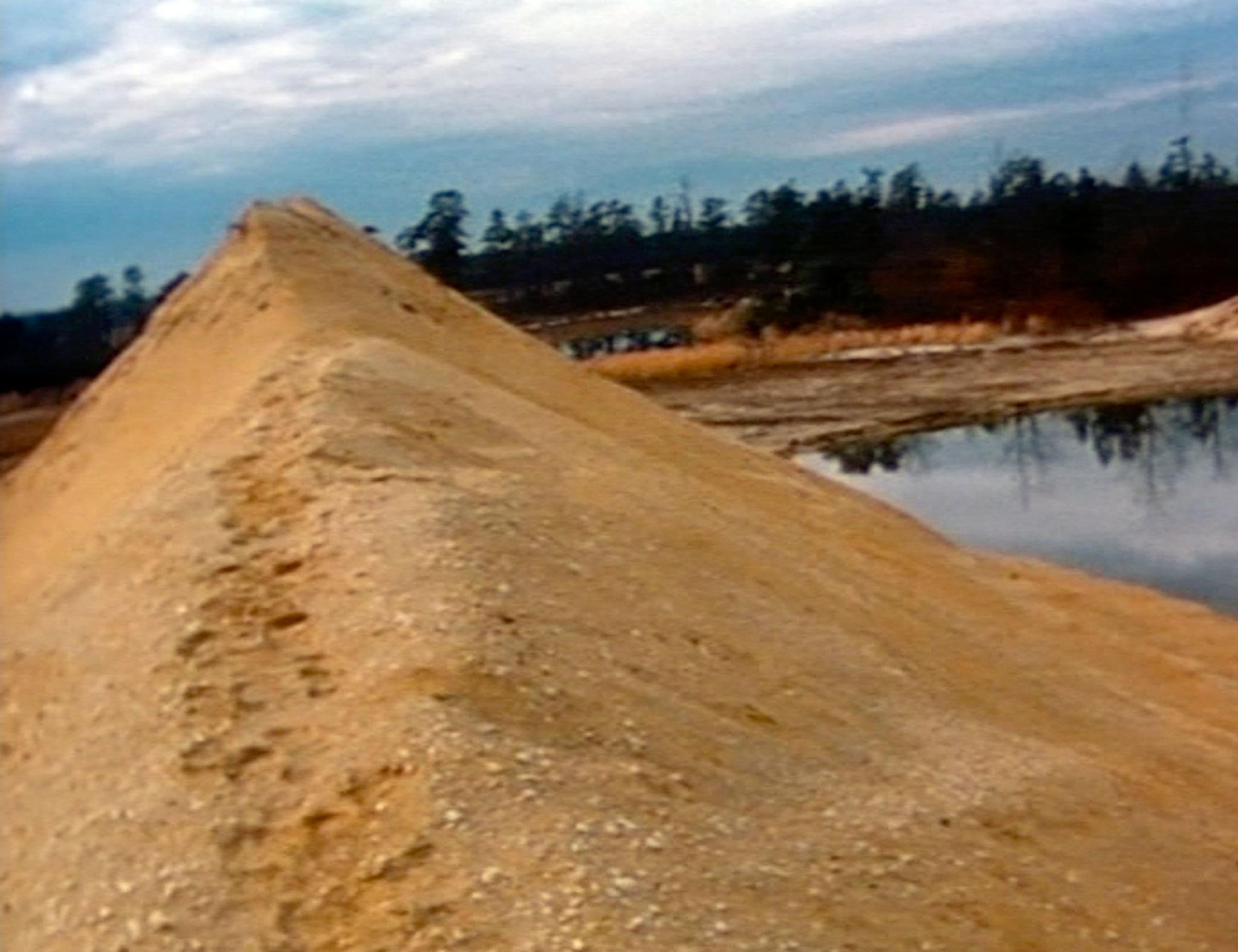 “Oh yeah, I take walks pretty near every day. I just come back from taking a walk. I didn’t see anything today, just a few birds, that’s about all.”

“A Piney is a person who’s lived in the Pines all their life and seldom ever goes to a city, because we don’t care for the city. There’s too many people there. We like to be more alone, you know. I’m not cutting the city down or nothin’ like that, but here you got open spaces, you got a tree to go to if you know what I mean, and stuff like that.”

The Pine Barrens is a wilderness of sand and pine trees 1,000 square miles in area in the central part of southern New Jersey. It’s the forgotten land of the northeastern urban belt: New York is an hour and 45 minutes away to the north, Philadelphia to the west, Atlantic City to the south. It’s full of sandy roads (some of them old stagecoach routes) that go nowhere, just dead-ending among the scrub or dwarf pine. Sometimes there’s an old shack at the end, or a blueberry field or a cranberry bog. In the central region there are three towns: Hog Wallow (population 25), Jenkins (45), and Chatsworth (300). There are deer and other wildlife. Branches of the Wading River and natural bogs of still dark water break up the surface of the land. There people call themselves “Pineys.” Most have lived there for generations, and even today few of the young people leave. Pineys stay pretty much to themselves, taking pride in their reclusiveness. Stories and myths and strange notions of city life have grown up among them.

Since I was eight years old I’ve been making trips to the Pine Barrens. Last spring I went there every day looking for land to buy to make a work. I didn’t find an available site that was right for my sculpture, but the landscape, as a whole, was very absorbing. I felt compelled to bring a sense of that place to other places. I figured I’d do this by filming various aspects of the land without a single person in it. In this way the landscape is no longer a mere backdrop for human activity; it begins to assert its own presence. I also wanted the Pineys themselves to talk about the place without my voice-over being heard. Documentaries have depended a great deal on explanatory narration by “voices of authority.” The attitude is usually falsely objective and educational—a kind of downward look at “interesting places with colorful people.” I wanted to make a film that would unfold intrinsically from the place and its inhabitants.

I began by shooting a few rolls of film with my Bolex and by doing some interviews with the Pineys. I looked at the film rushes, listened to the tapes, and perceived the place at one remove. I have been shooting film in the landscape since 1968. Some of the footage I have made into films: Swamp in 1971 (with Robert Smithson) and a videotape, Underscan, in 1974, which is about a place—my aunt’s home in New Bedford, Massachusetts—with an audio track of her own words taken from letters. Some ideas from these pieces and other areas of my art were at work in the Pine Barrens, while at the same time the barrens were continuously re-involving me and giving me a flow of new film ideas. I kept to the same pattern—filming one day in the Pine Barrens, looking at rushes the next day in New York. Traveling back and forth from the Barrens to the city made both places emerge in my mind in a very focused and detached way.

As I shot, the structure of the film and the rhythm of the shooting emerged spontaneously from the landscape. The camera was always moving through space; the visual imagery was constantly in flux. Sometimes the filming was done from the car windows, sometimes I walked and filmed. There are two circular pans, one handheld, one from a tripod. Among the images are tall pines foreshortened by being shot from below from a moving prone position, and close-in shots of branches actually being pushed away by the camera as I walked through the thick pine woods. The sun flashes off the lens causing one scene to bleach in rhythm with my walking as I go down a deer trail. In another scene the edge of a car window divides the frame and intersects with the constantly changing horizon as the car moves. There’s a section of the film with fifty individual pine trees, one after the other. But even there the camera is in motion: with each tree the camera was in a still position for two seconds, turned off (causing a flash frame), and then moved slightly, the same tree being shot again for another two seconds. The motion of the camera is accentuated by the stillness. Overall, the filming ratio was about five takes for every one used in the film.

I rented a Nagra and taped the music played locally by Bill Patton’s Pine Barrens Trio at the Green Bank Inn, which is an old unpainted shingle house, hardly discernible as a bar from the outside; a small swinging sign saying BEER is the only clue. The Pineys and the hunters come from the woods to hang out there. The music is plain American country. I continued to interview Pineys: a cranberry bog owner, a woman who runs a saw mill, three rangers, a hunter, a woman who runs a sand quarry, a gas station owner, a couple who owned the country store in Chatsworth, a housewife, a woman bartender, and four or five woodsmen (men who make their living entirely from the woods, Pineys in the purest sense). A total of seven hours of interviews were taped; I used about fifteen minutes of them in my film.

The dialogue finally used in the film is concentrated; it is interspaced with the sounds of the place: birds, airplanes, crunching sand, wind, rippling water, general woods ambience. Each piece of dialogue is one of several versions of the same statement. Since the Pineys have lived isolated for generations and have an unusual way of speaking, clarity of local accent was a factor in the selection. Though you don’t see the Pineys and their individual identities aren’t revealed in the soundtrack, there is a sense of their presence throughout the film. The psychology of the place comes through in their language, and in the film the rhythm of their speech counterpoints the visual imagery. Without sync sound there’s a great deal more leeway in sound editing; word and image are not visually connected, so new unions of the verbal and visual can be made. At times crazed laughter, strange tales, or ironic intonations undercut the seeming beauty of this desolate, barren land.

Since Pineys have a solid verbal take on their land, they liked being interviewed. From the beginning they took a lot of interest in the film. They’ve asked me to show it to them in their firehouse, and I may also show it at the Green Bank Inn. Since Pine Barrens evolves partially from the landscape itself, and partially from the people and their responses to their own natural environment, the audience for the film will extend much further than the art world.