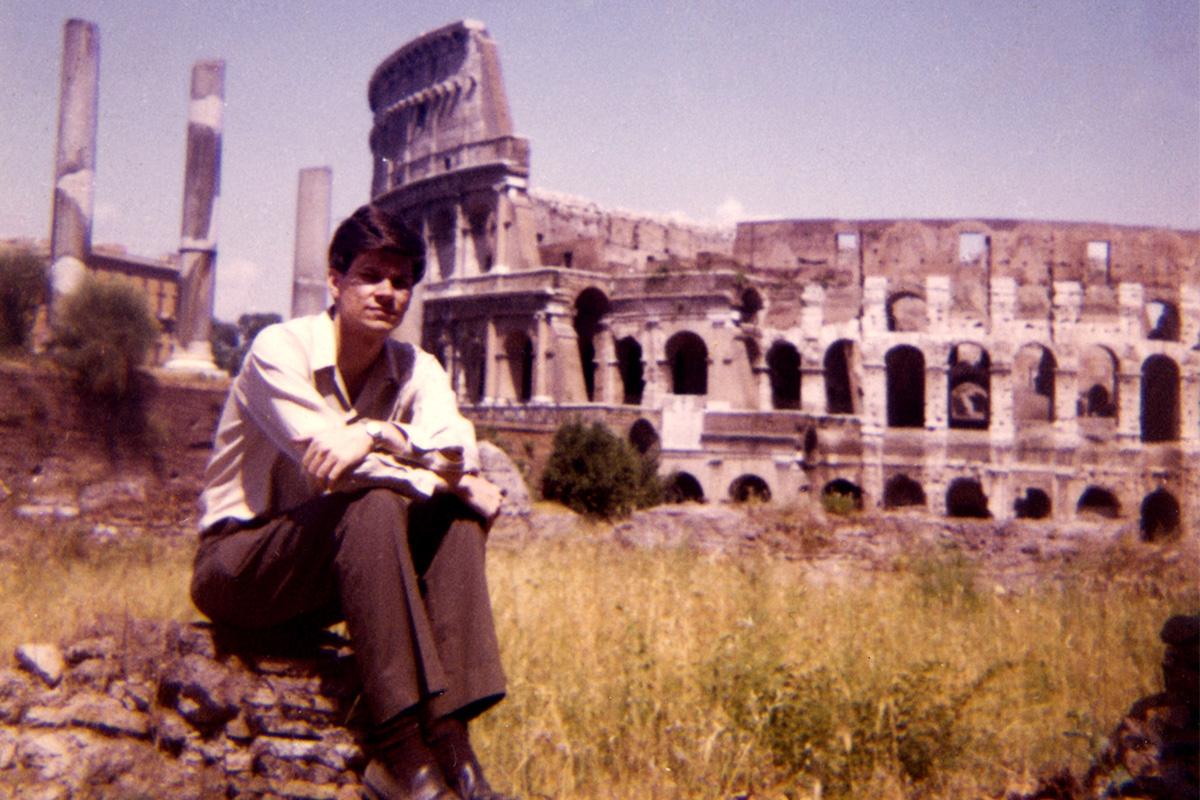 Rome is still falling takes the George Lester Gallery exhibition as its starting point to present a lesser-known earlier body of work that both draws upon and departs from Smithson’s spiritual and religious concerns during his time in Rome. Its title originates from a letter by Smithson to his wife the artist Nancy Holt, written in the Eternal City in July 1961, where, floating in the bottom-left corner of the paper, are the four words: “Rome is still falling”.

The time preceding 1964-65 Smithson described as a “period of research, of investigation,” and it also represents a moment of transition and development. Smithson’s stated that he “began to function as a conscious artist around 1964-5”. The exhibition therefore presents works that occurred before his full ‘awareness’ as an artist: from representations of Christ’s feet, face and fallen Christ to advertisements and magazine cut-outs interspersed with painted religious themes, to black ink and pencil winged figures and architectural structures surrounded by language and letters beyond their meaning. The later works on paper in Rome is still falling, made in 1965, introduce the viewer to another period in Smithson’s oeuvre: a specific set of drawings he began in 1963, at the age of twenty-five in New York, where religious imagery is fully replaced with figures from comic books, erotic magazines and popular culture.

Selected extracts from Smithson’s writings and poems will convey the artist’s voice in the exhibition space to contextualise and frame his relationship with Rome, and his preoccupation with religious and spiritual themes. Four exhibition copies of Instamatic photographs of the artist in Rome will also be on display.

Rome is still falling was organized in close dialogue with the Holt/Smithson Foundation. 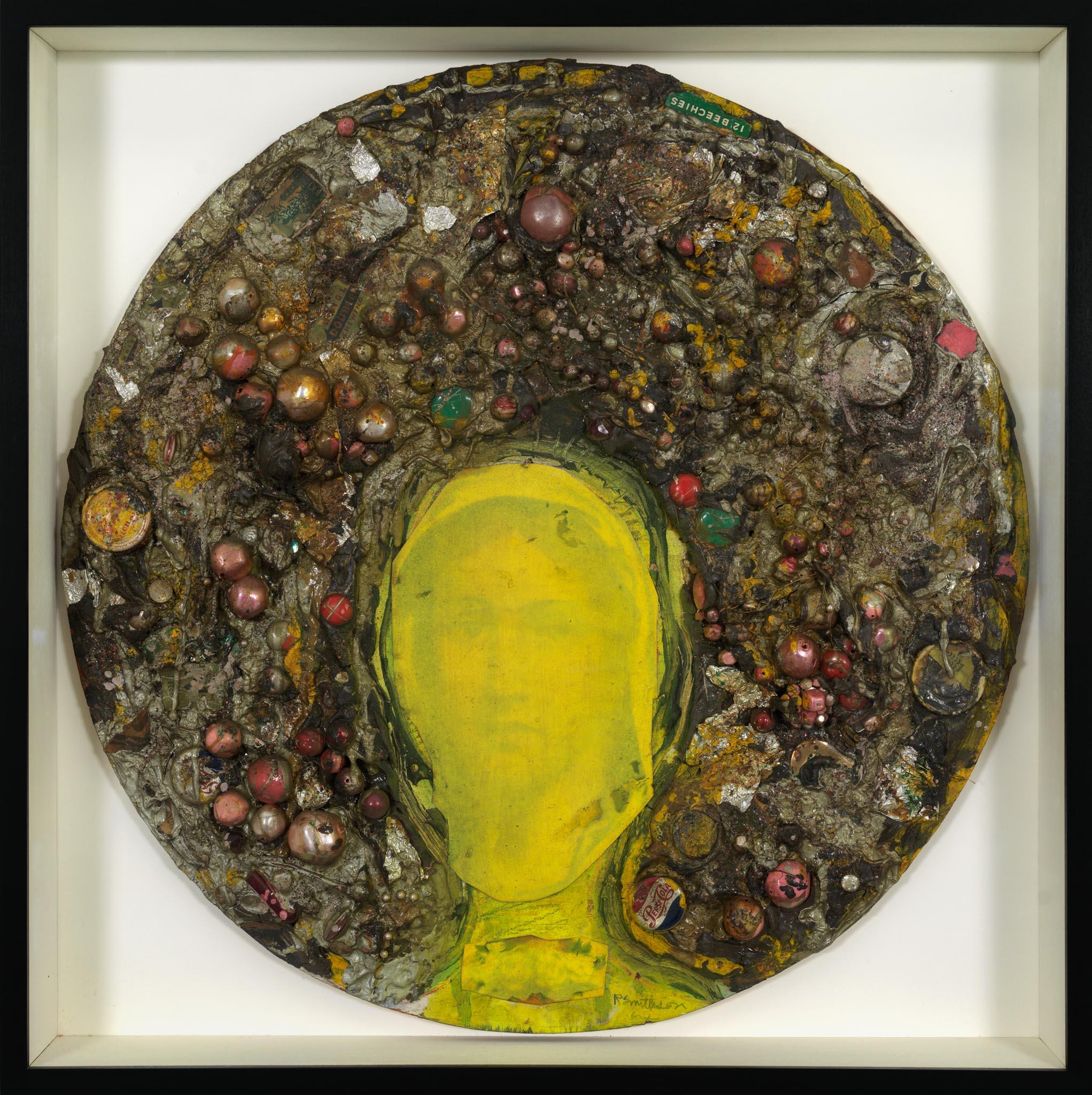 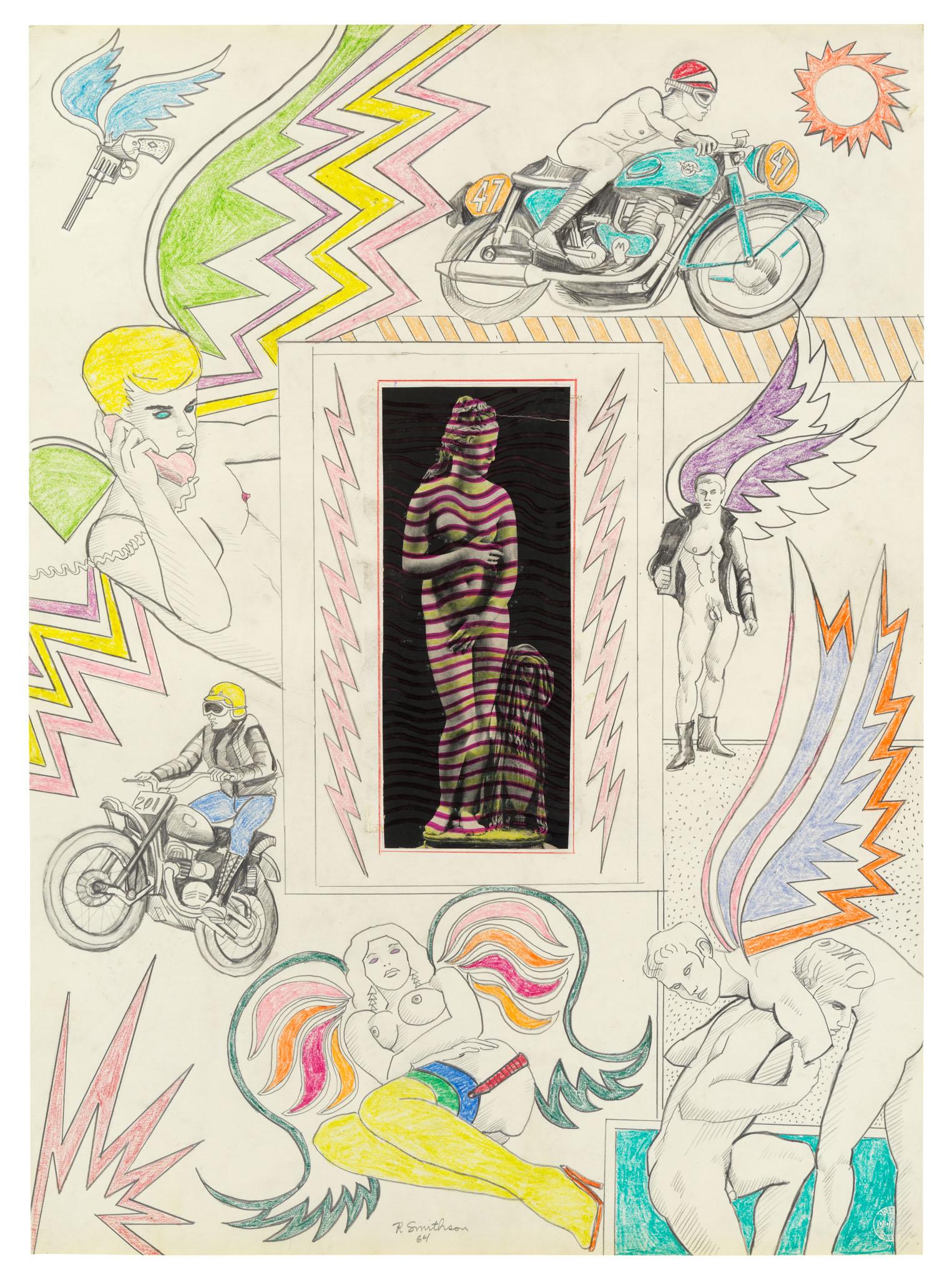 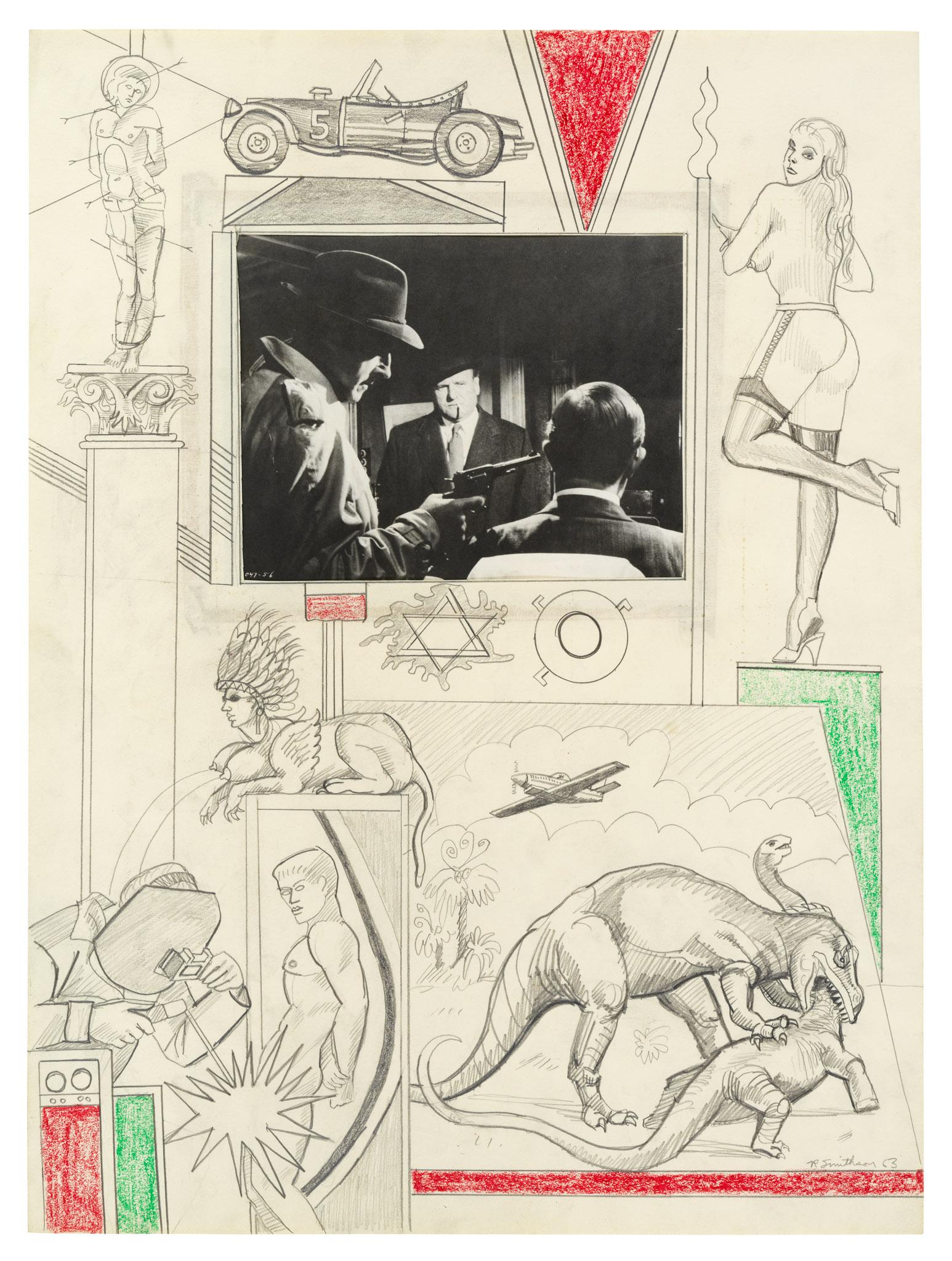 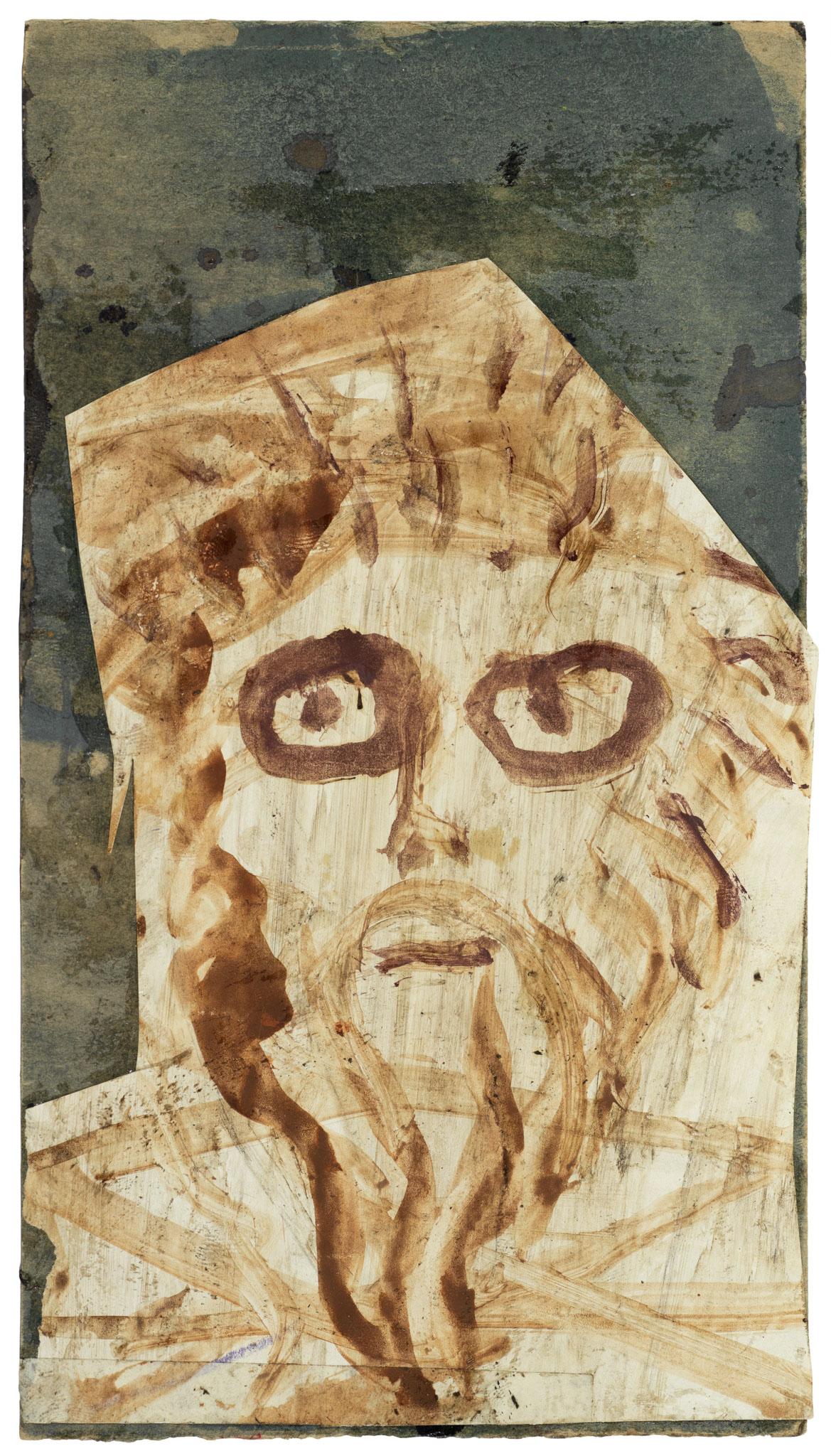 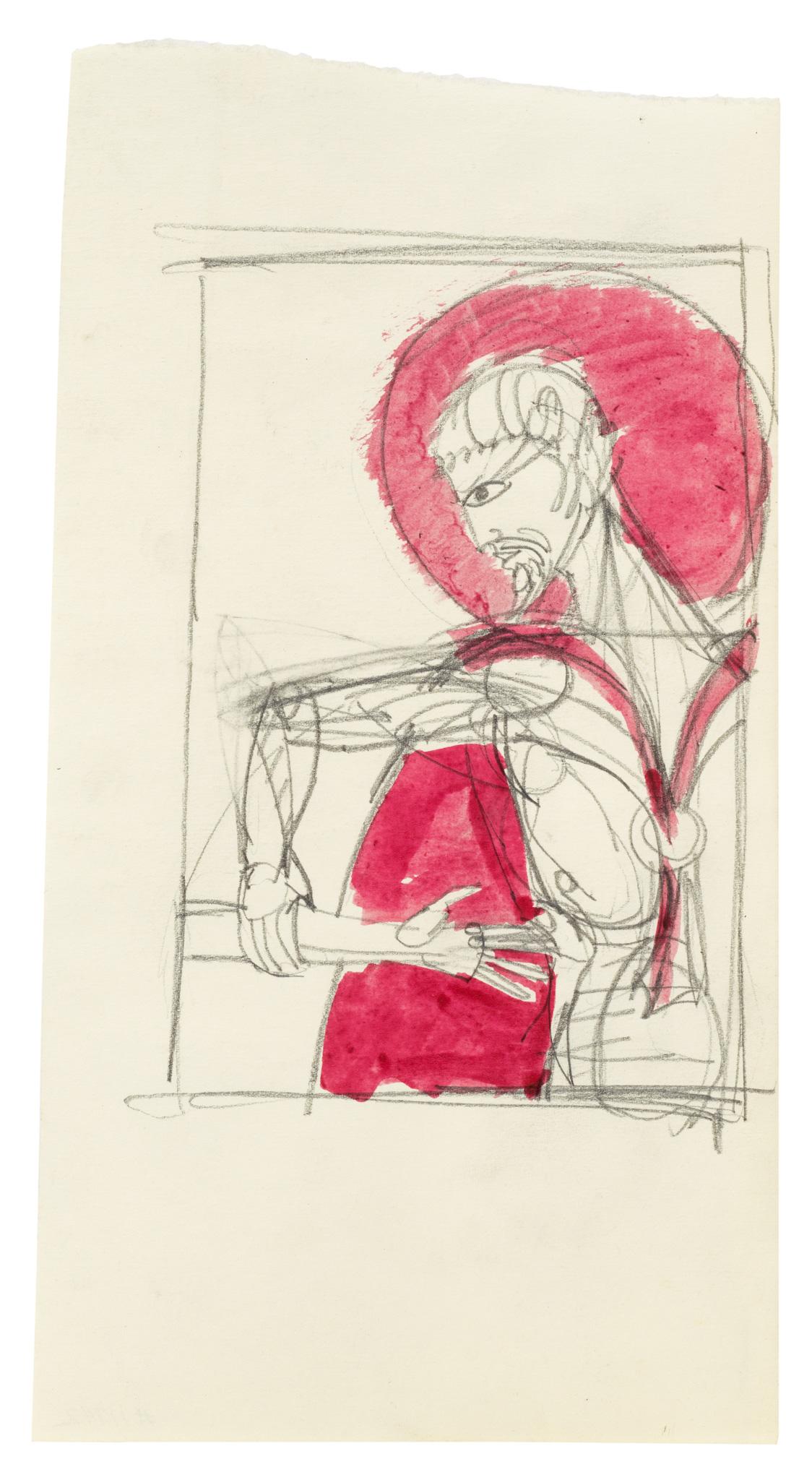 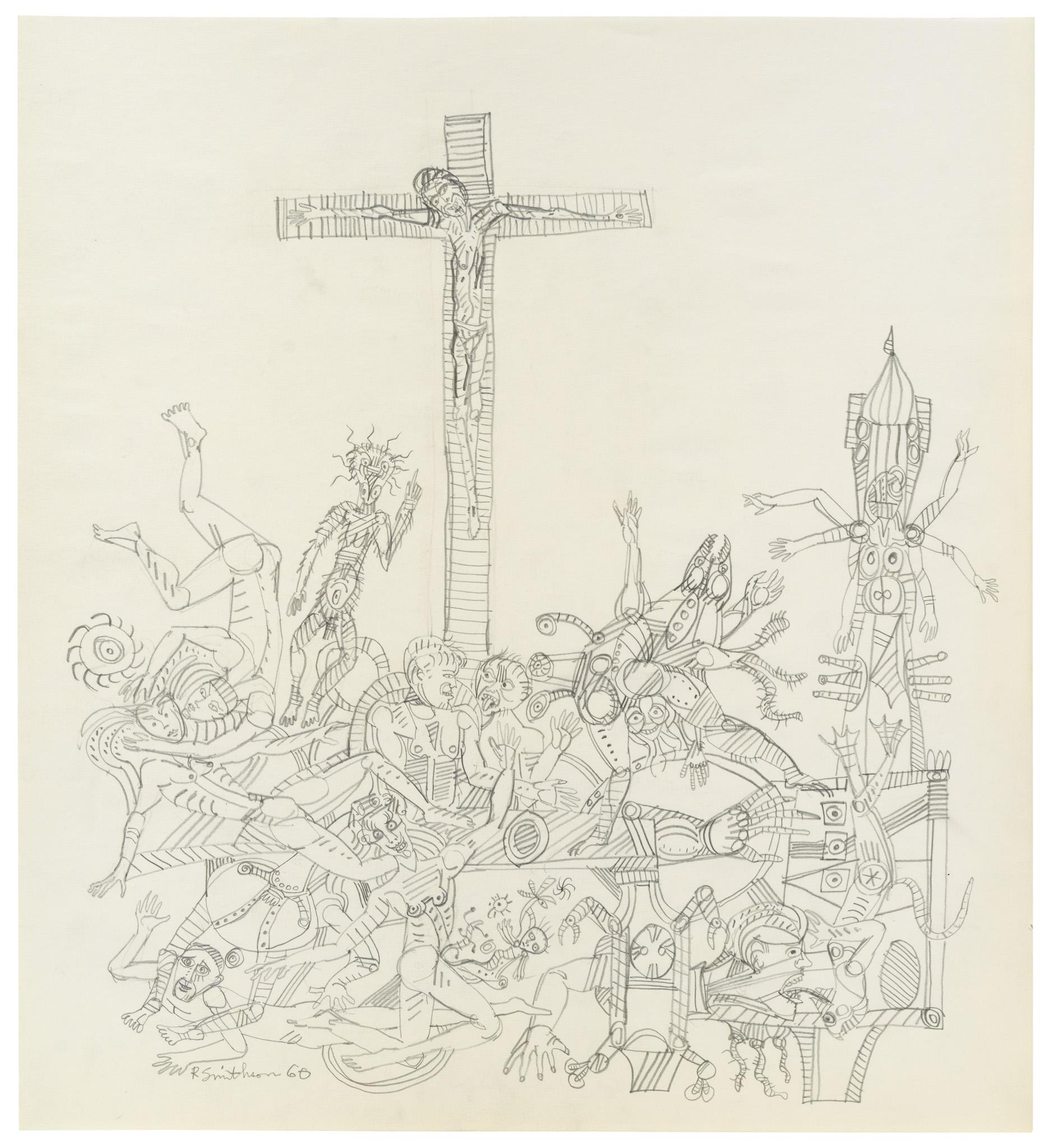 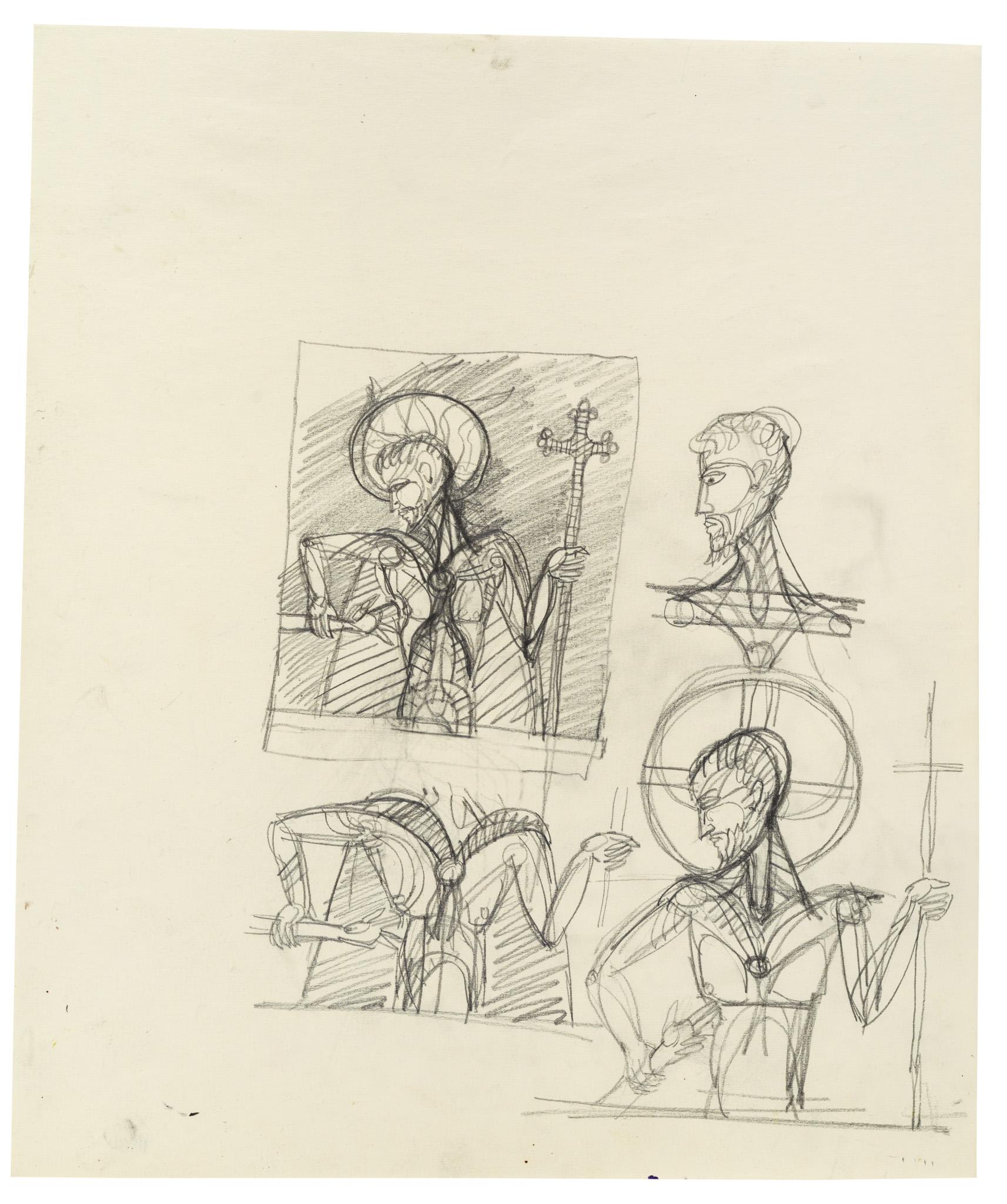 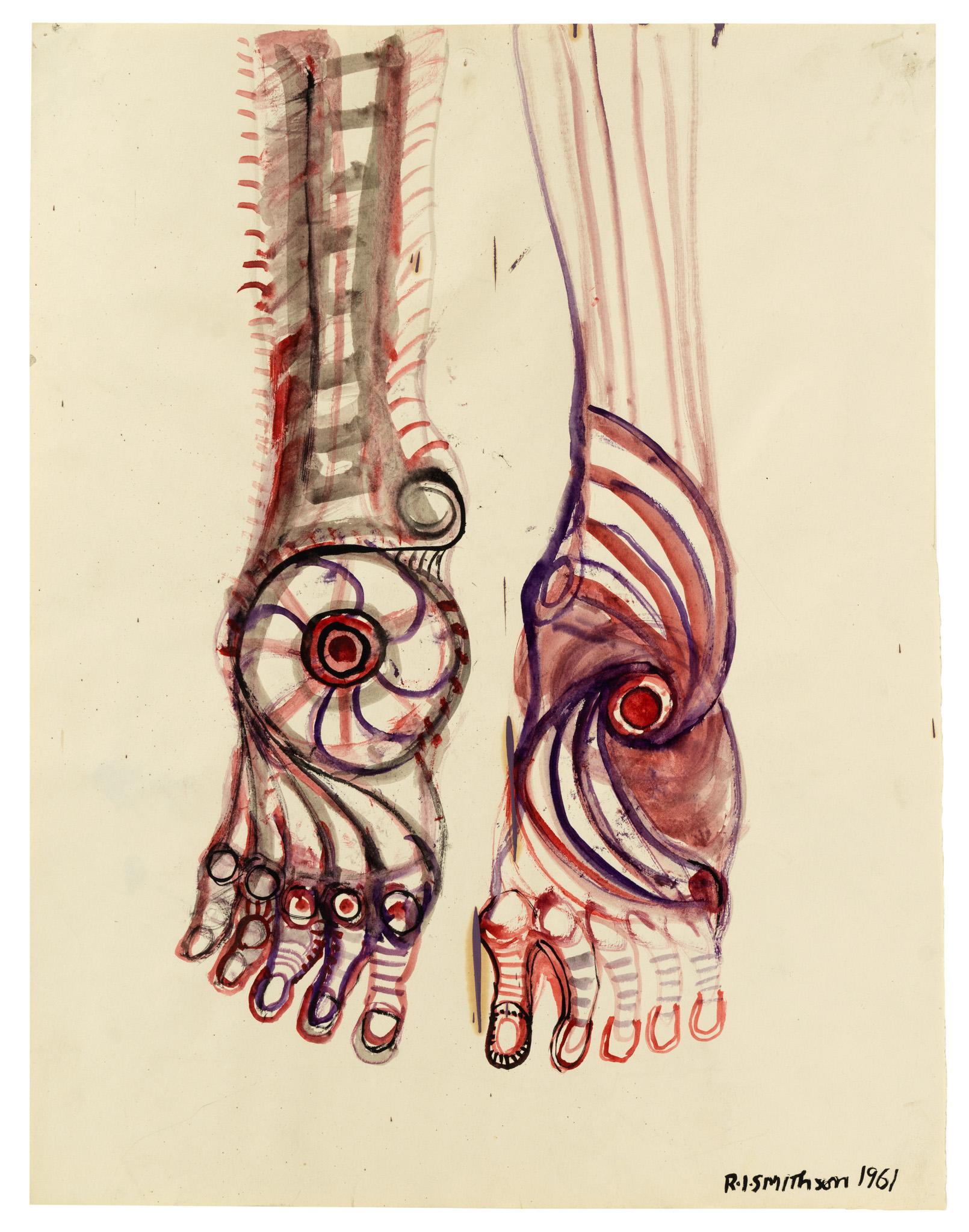 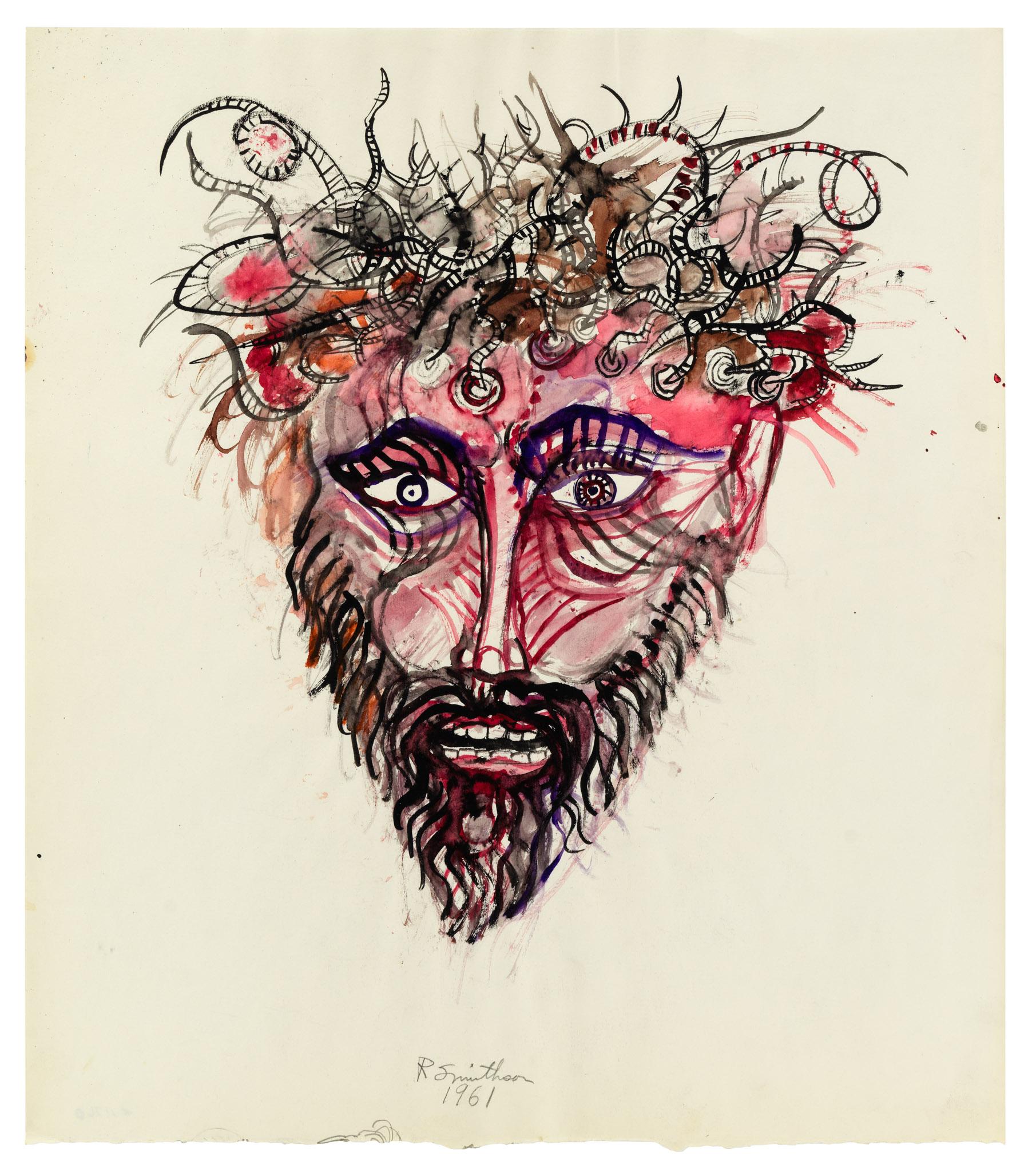 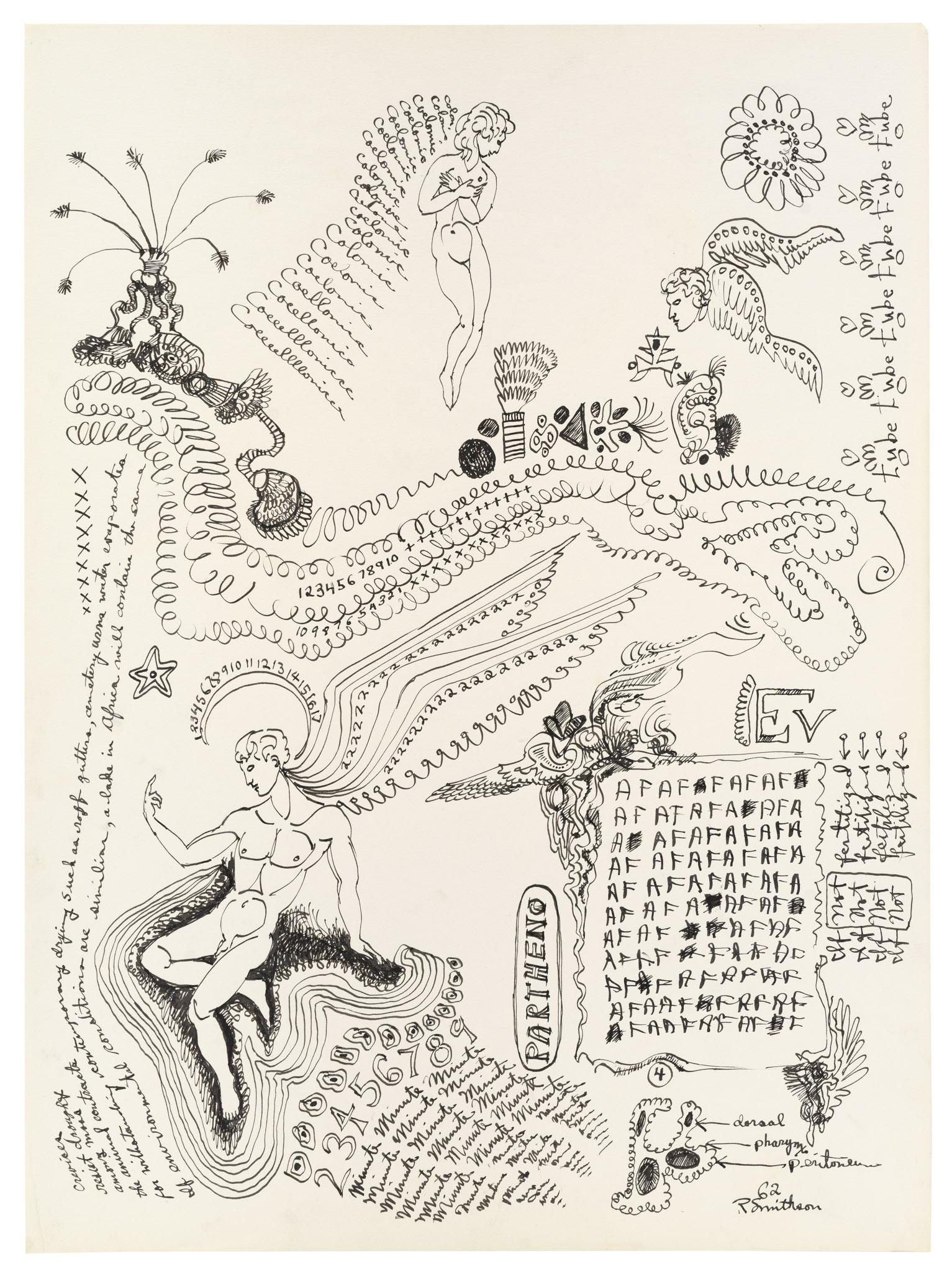 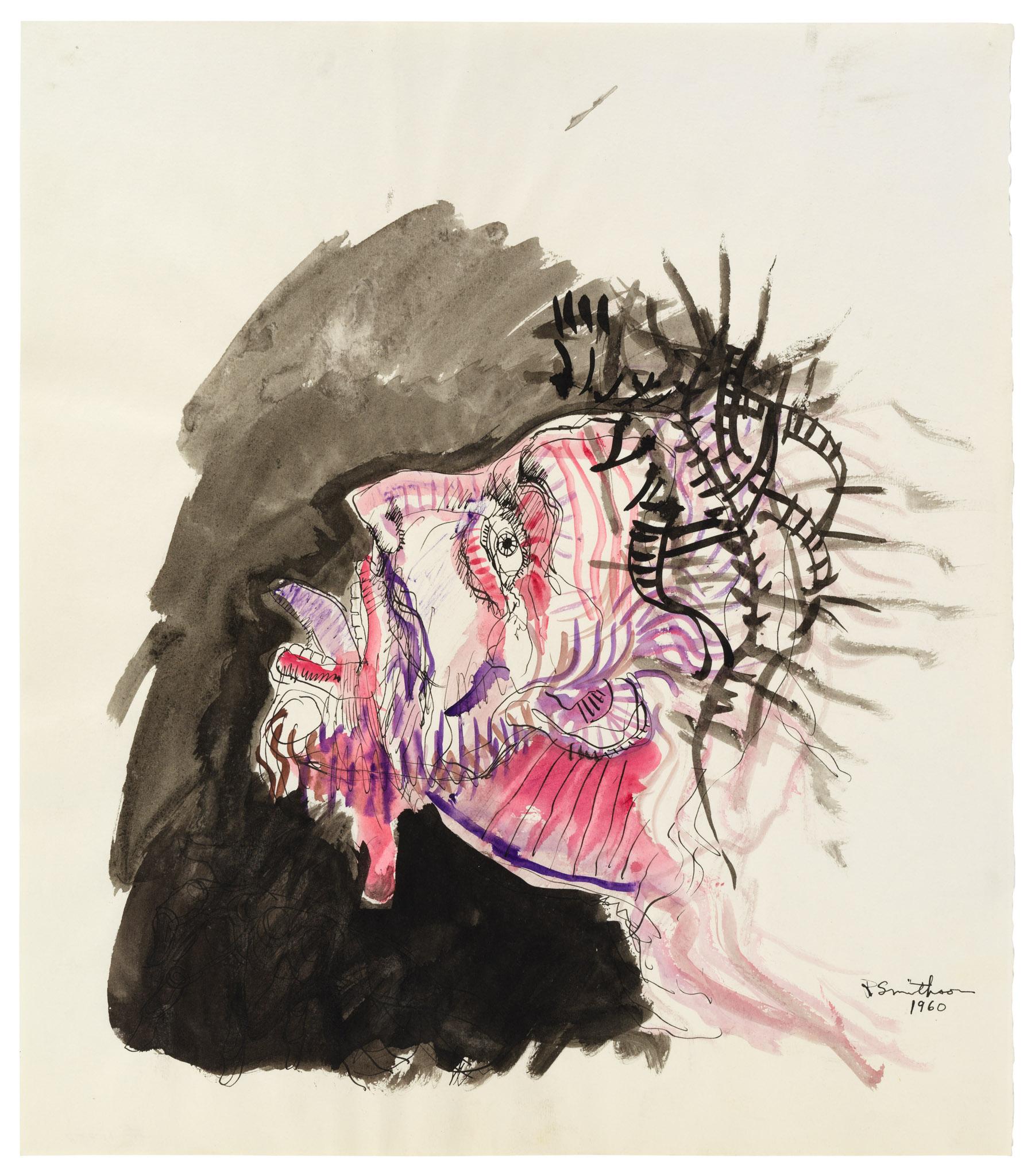 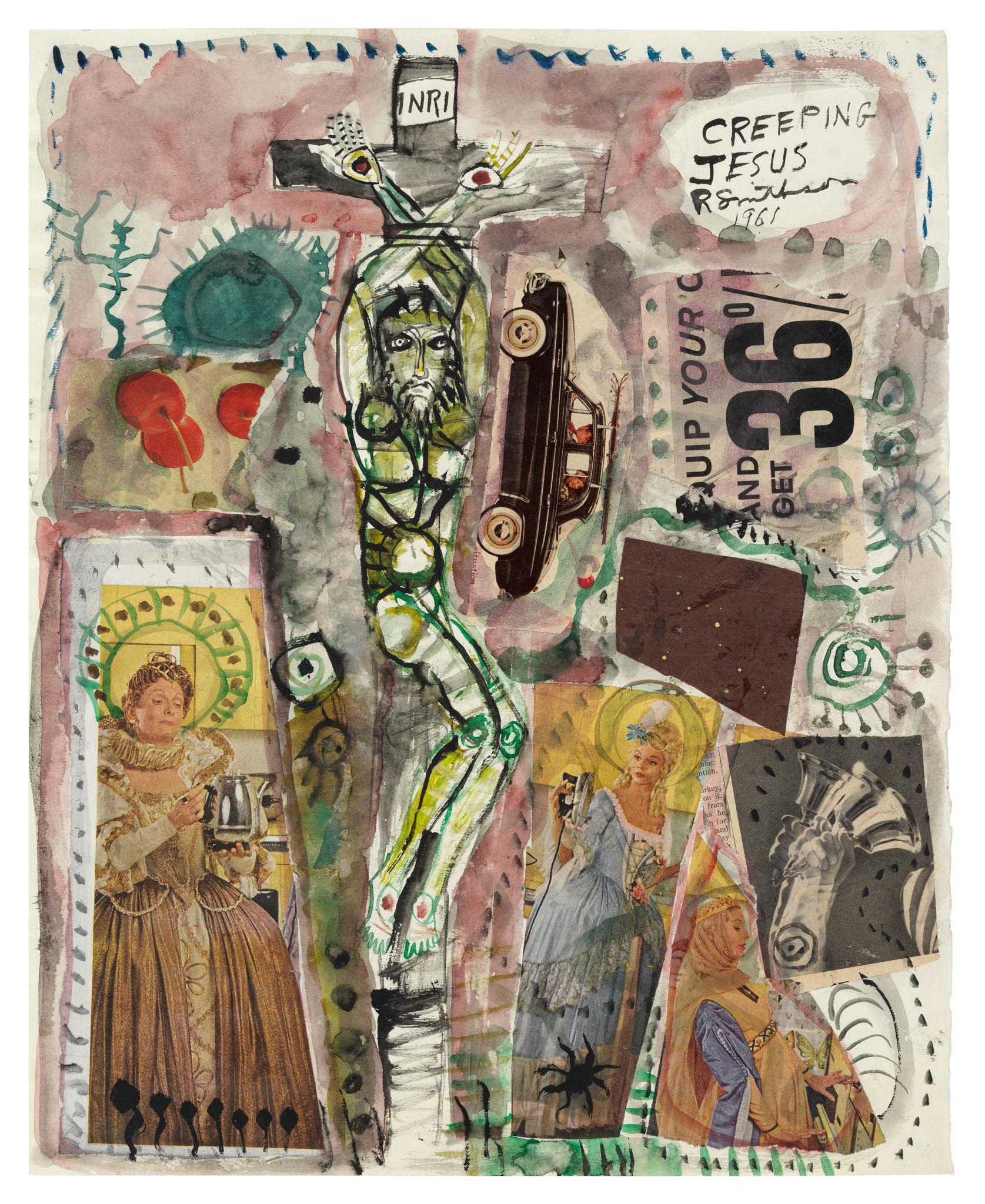 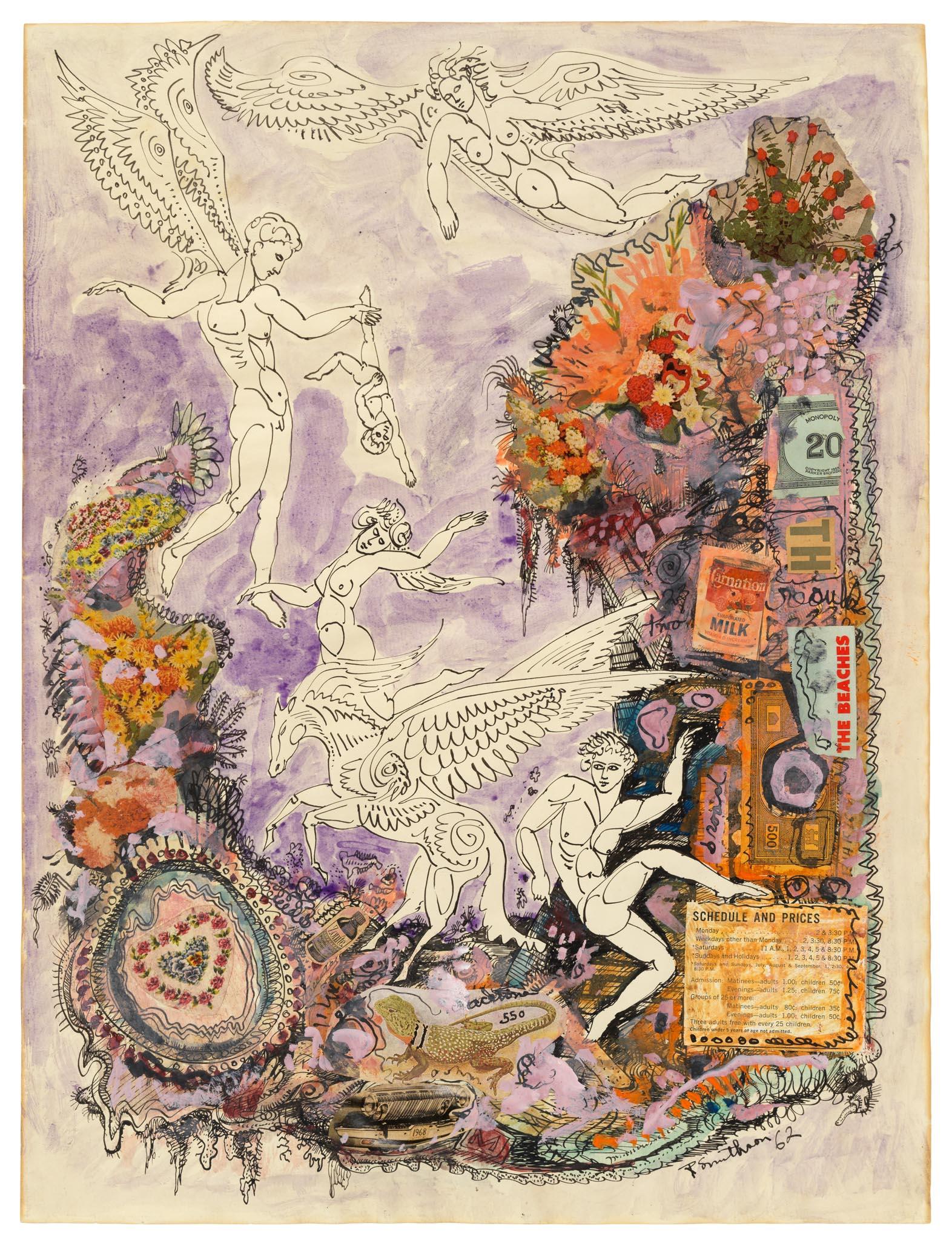 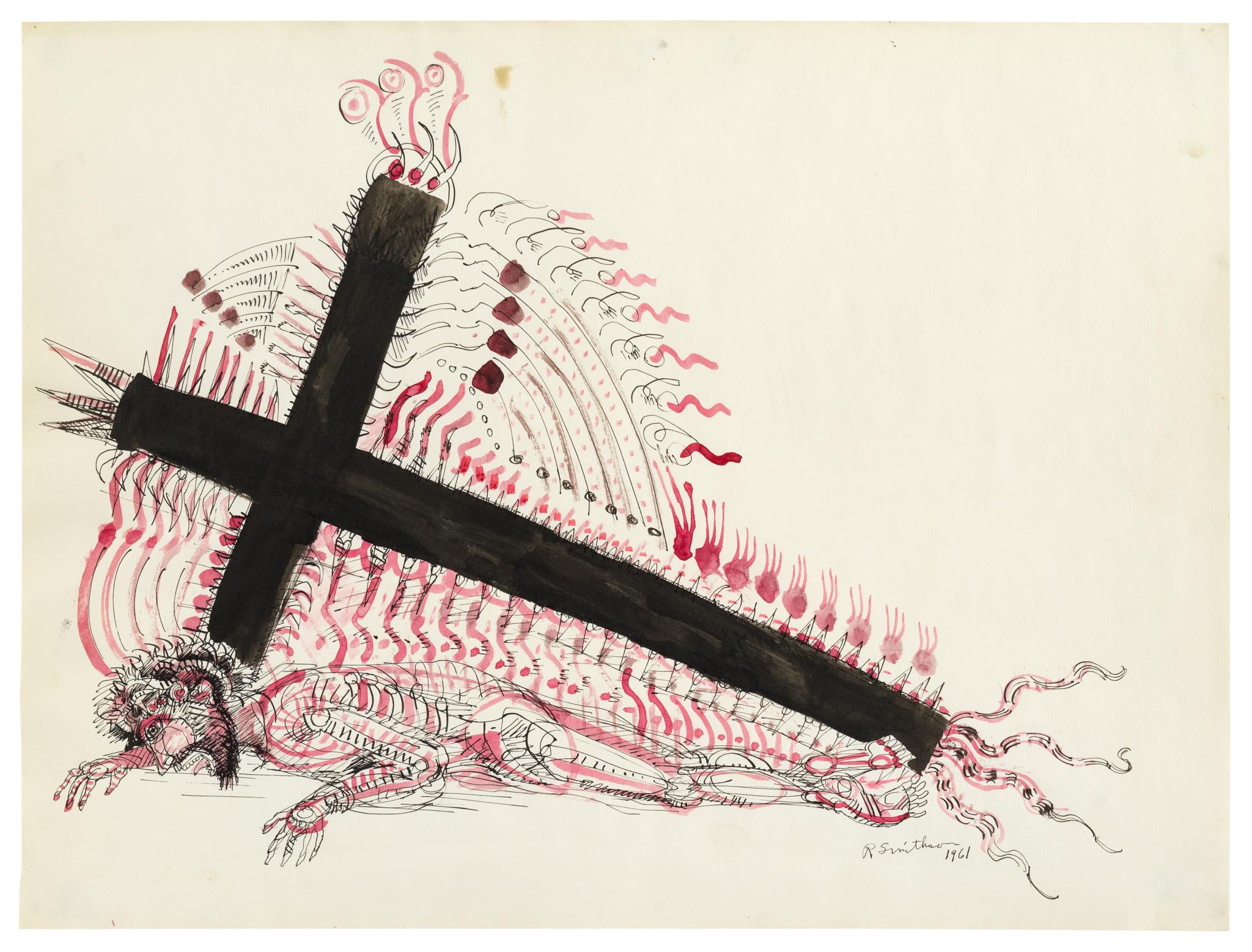 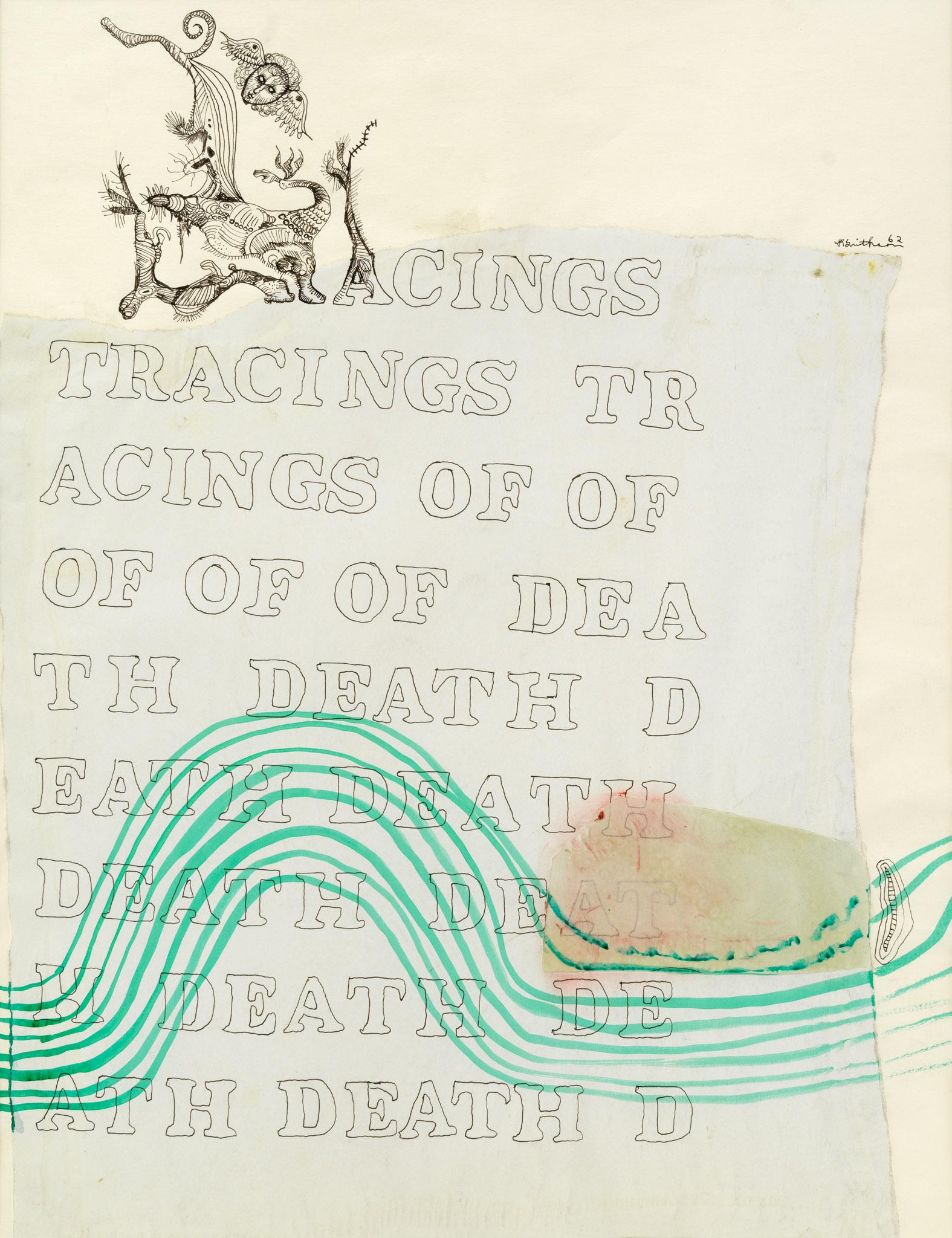 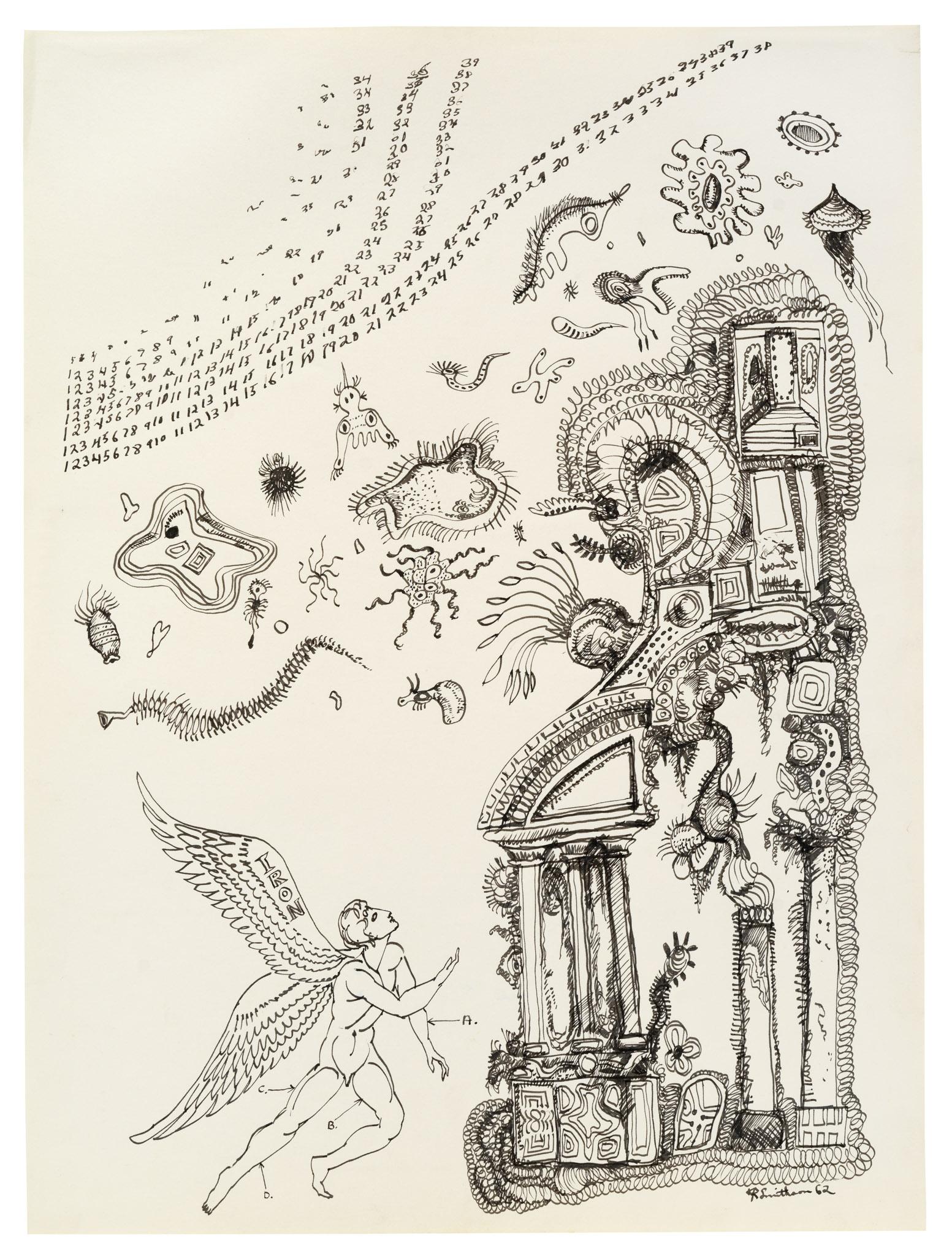 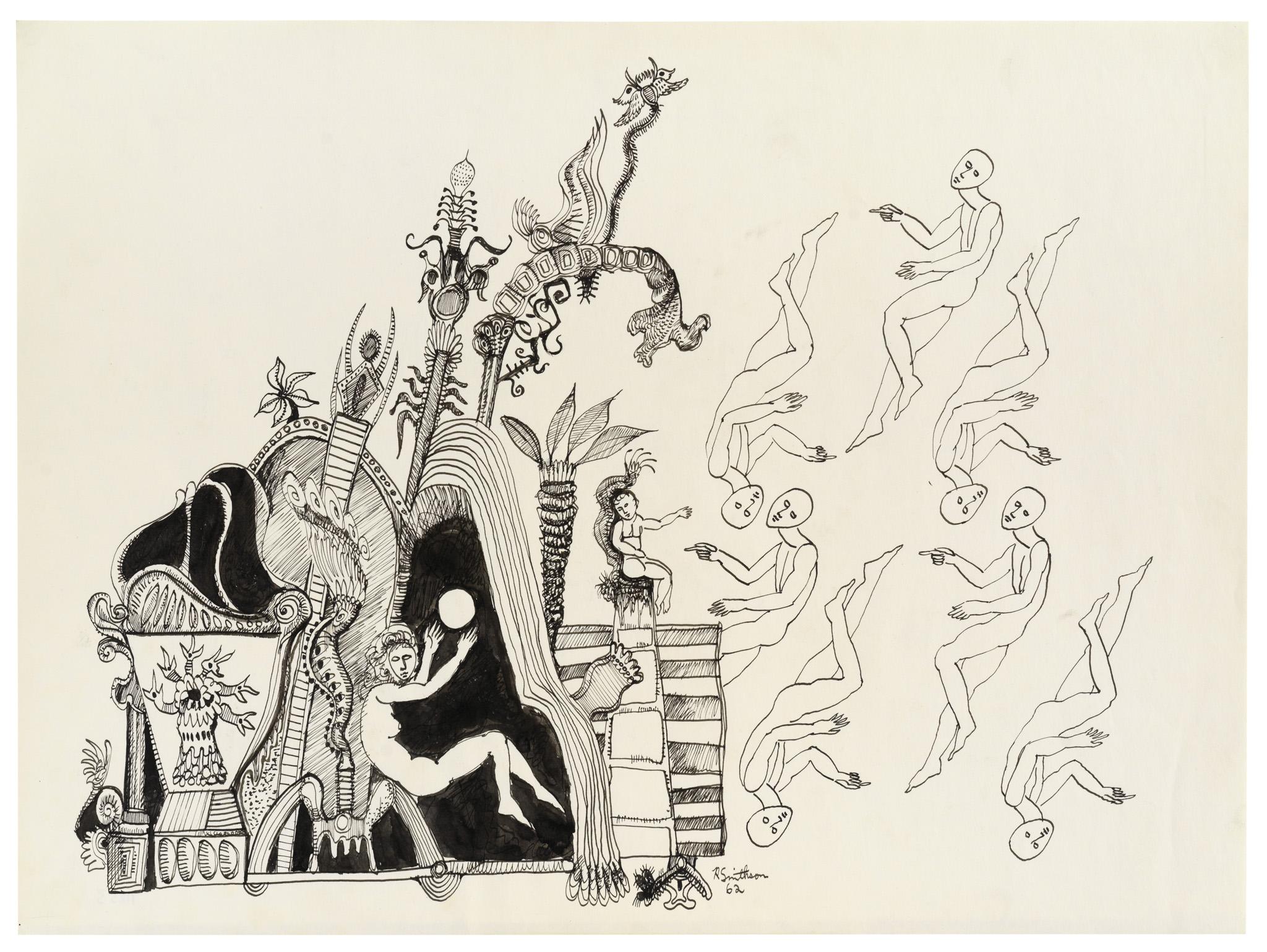 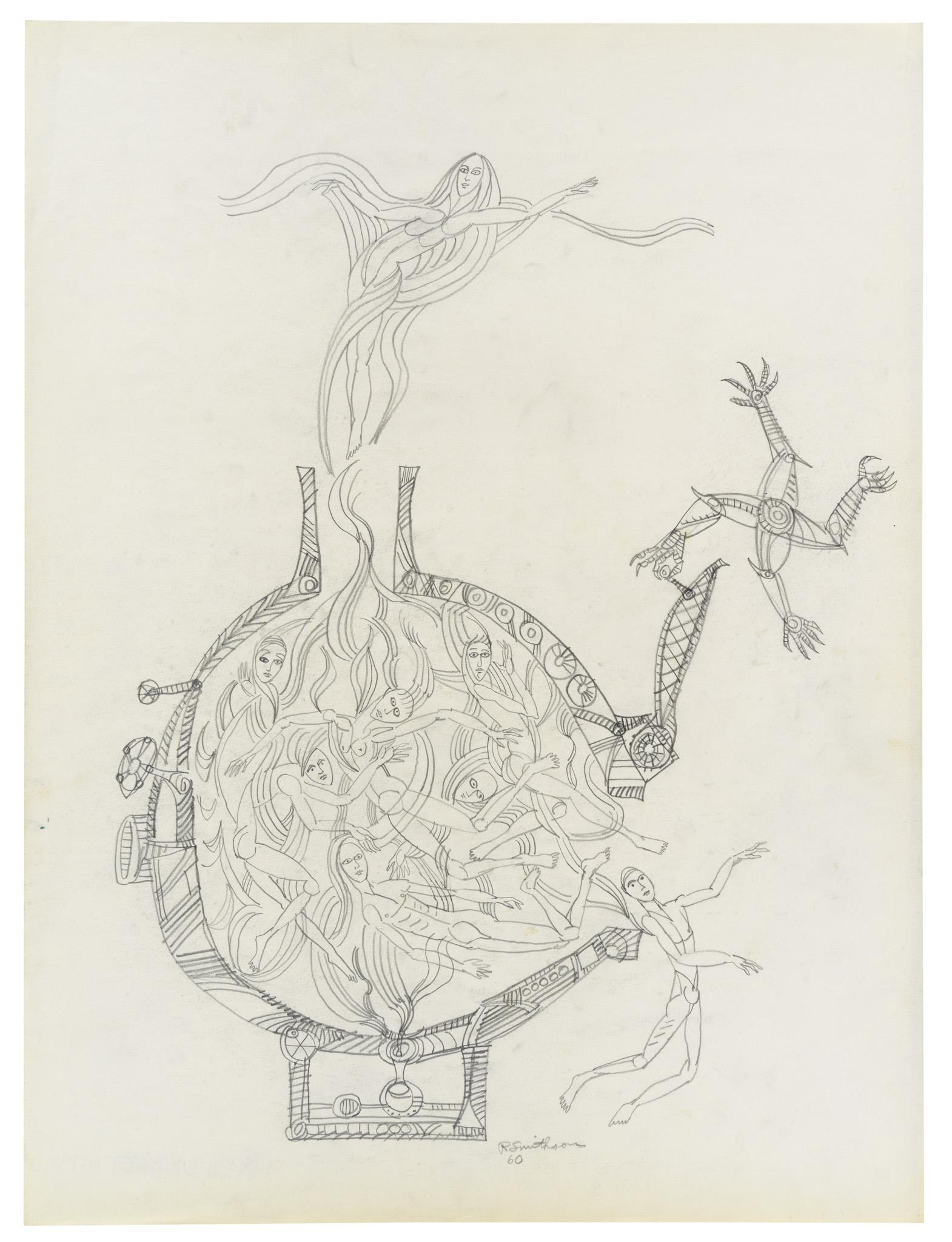 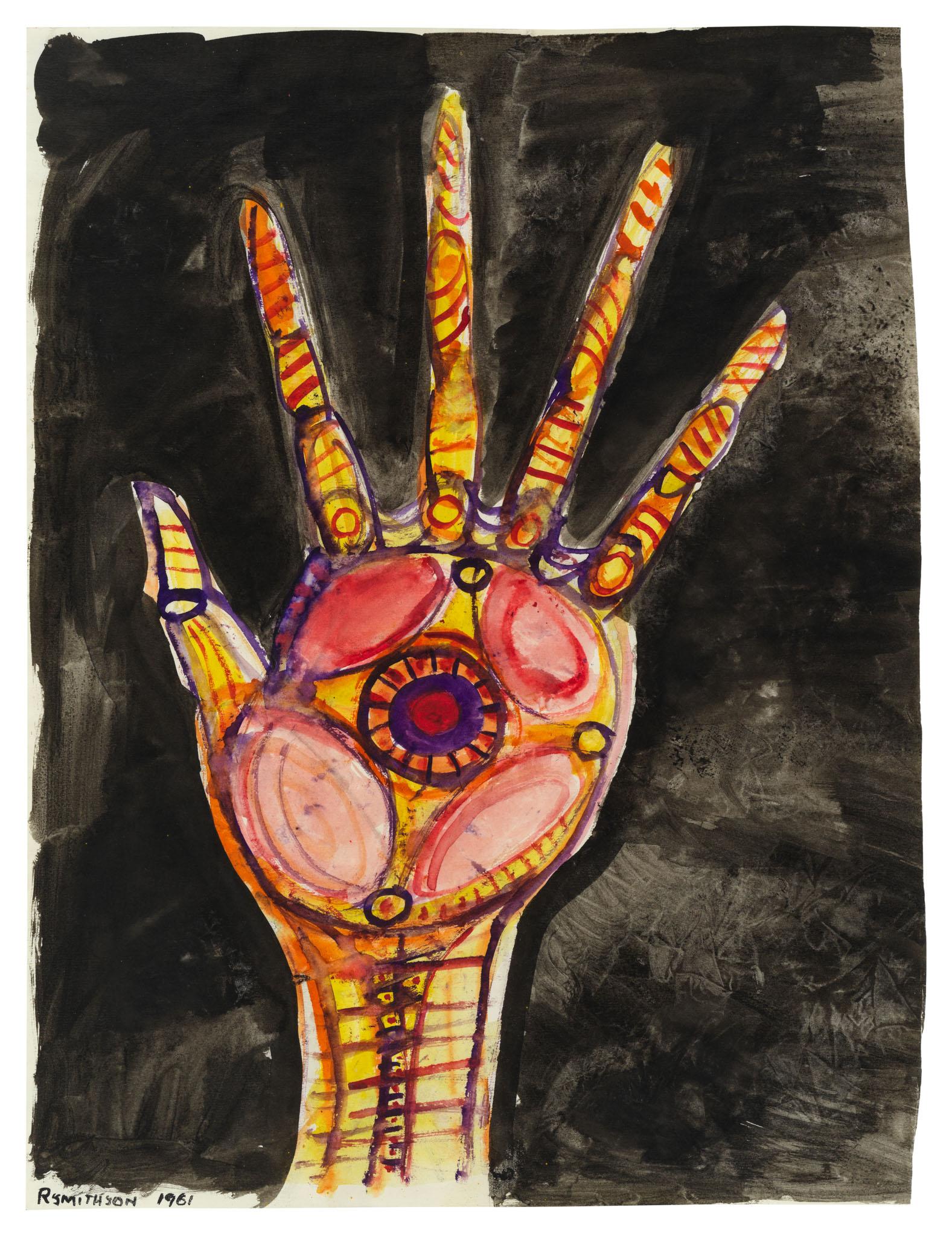 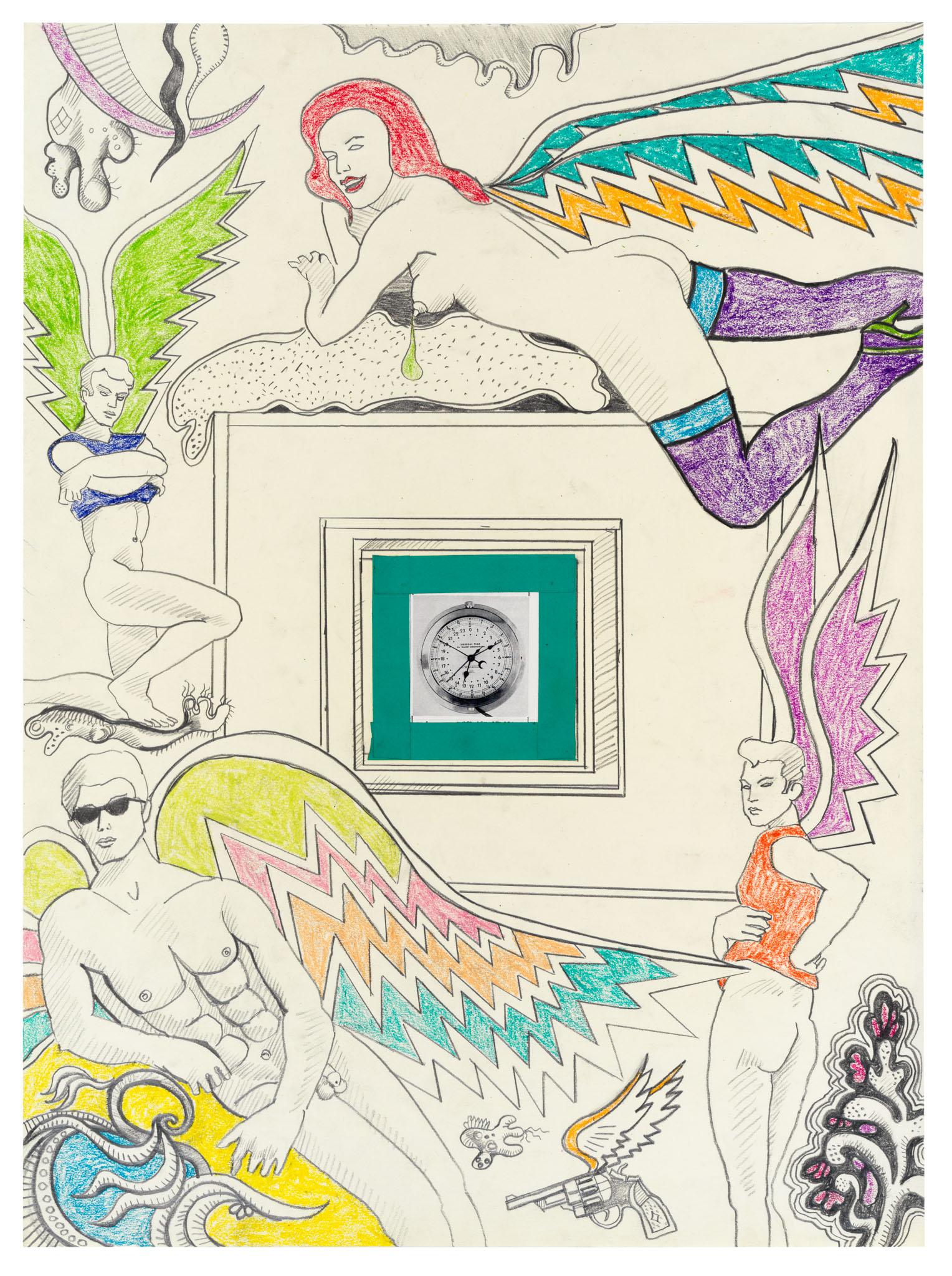 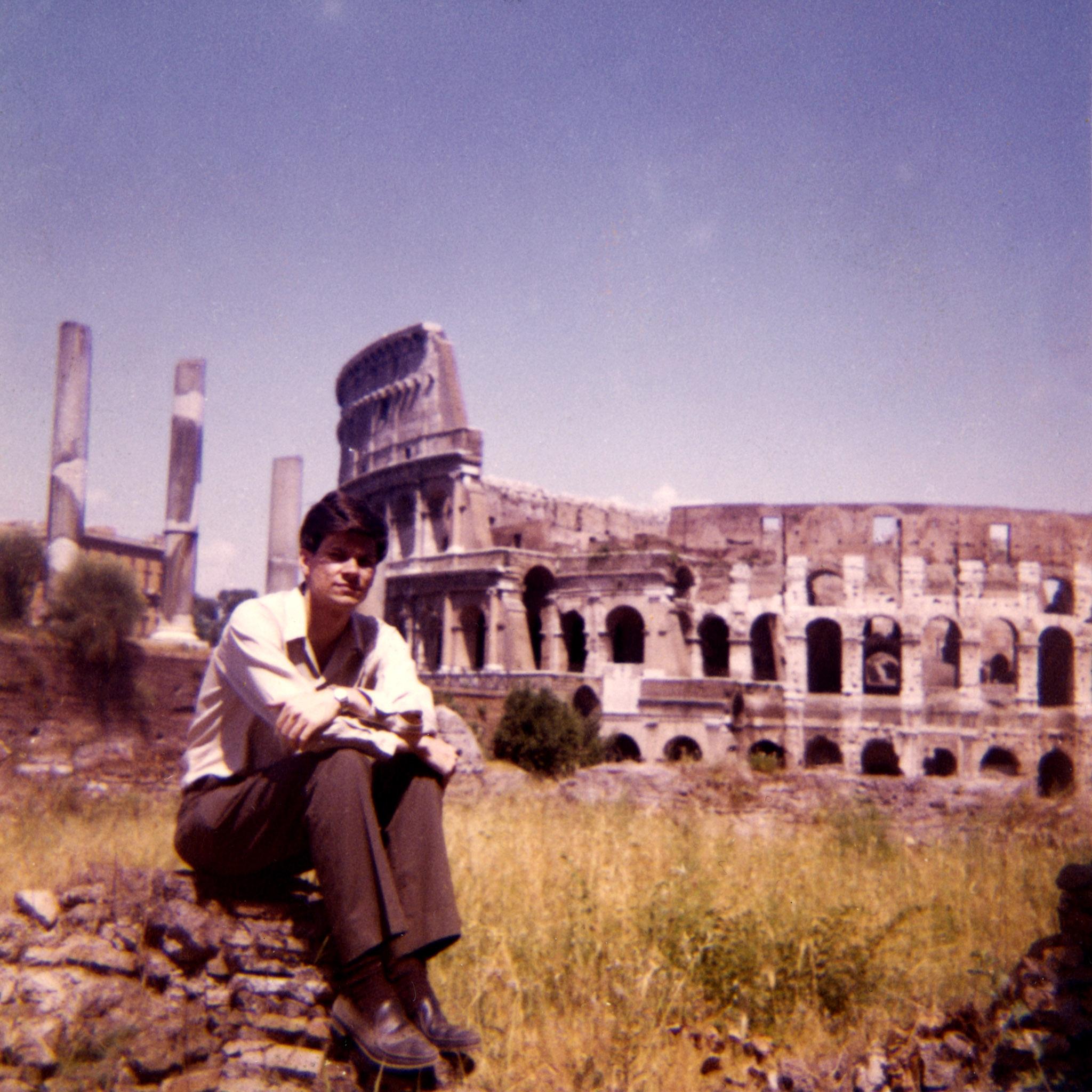