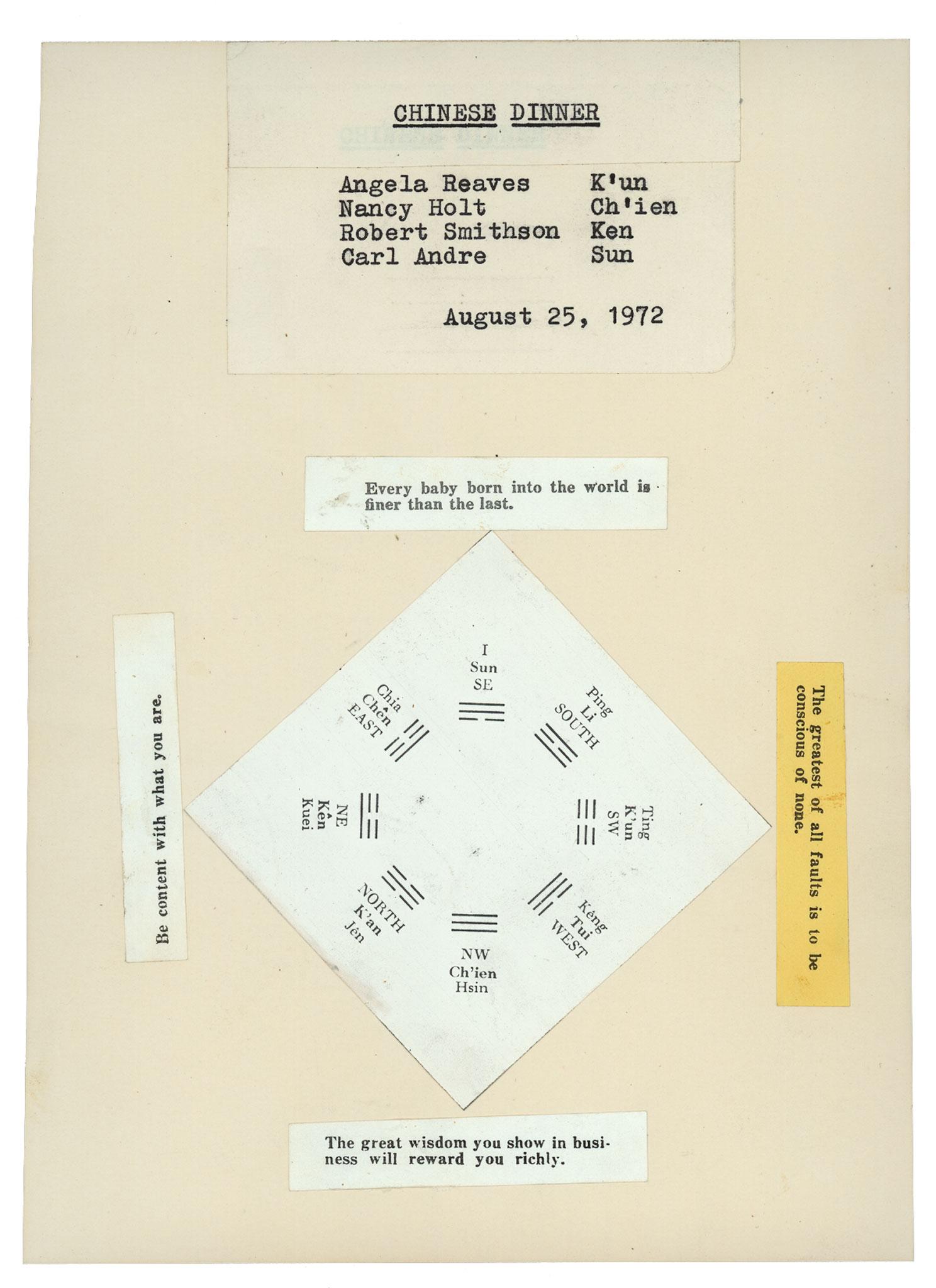 The prophecies of fortune cookies serve as place settings in Holt’s Chinese Dinner, while the “table” is ornamented with the eight cardinal directions, written in English and Chinese. These eight points include Taoist measurements of yin and yang, or darkness and light, of celestial bodies at various times throughout the lunar calendar. As with her Buried Poems, this work illustrates Holt’s interest in using the composition of words and collaged elements on a page as a concrete poem, in order to visually represent a physical event that took place out in the world: in this case, dinner at a Chinese restaurant with Robert Smithson, Angela Reaves, and Carl Andre on August 25, 1972. 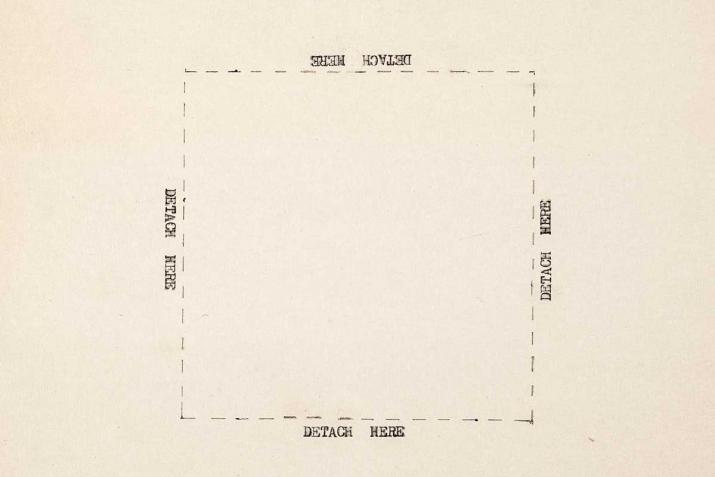 Along each segment of a square made up of dashed lines, lies the command: “DETACH HERE.” The implied perforation beckons the viewer to tear along the sides and remove the square from the rest of the paper. This call to action renders the work somehow unfinished in its present state, yet a “completed” version—with the square detached—removes with it the essence of the work. One of Holt’s earliest works, Detach Here is a keen example of the artist’s continual desire to rouse the spectator, inviting conscious participation in the act of spectatorship. 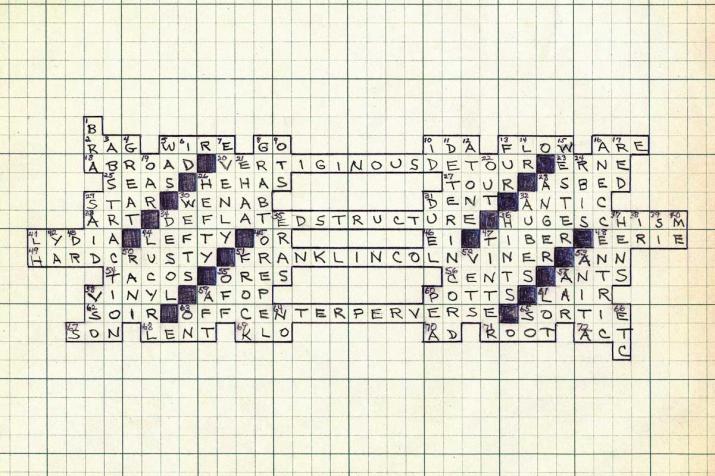 Based on Lucy Lippard’s exhibition at the Fischbach Gallery entitled, “Eccentric Abstraction,” Crossword Work is a functional crossword puzzle and artwork of the unexpected. While it adheres to basic principles of crossword, Crossword Work uses the grid to create an unconventional design. The words in the answer key range from high-brow artistic concepts to simple colloquialisms: bra, ants, tacos. The humorous juxtaposition invites viewers to engage in spectatorship, investigation, and self-awareness - an invitation that resounds throughout Holt’s oeuvre. 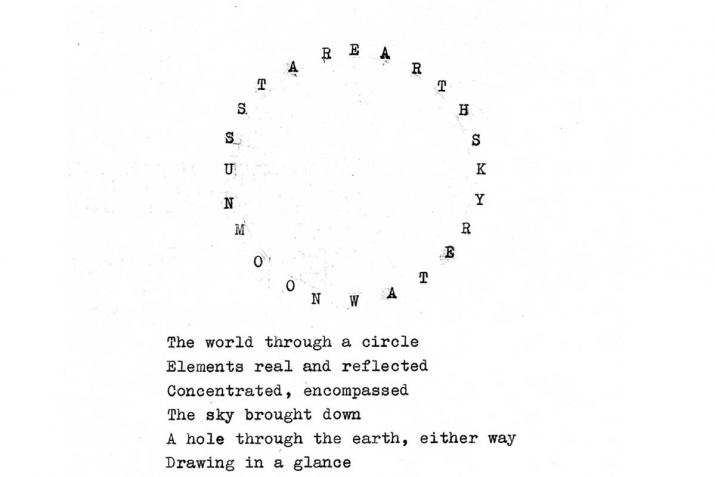 The World Through a Circle
Nancy Holt
Works on Paper

Sun, moon, water, sky, earth, star; these are the words that shape the circular component of Holt’s concrete poem. The poem alludes to the cosmos as it is contained by the various frames and reflections of the earth below, from the human eye, to a pool of water, to the lens of a camera. Human perception of the cosmos and its earthly accomplices are the driving force behind the larger part of Holt’s oeuvre. In this early work, Holt manages to fit her most influential concepts within the confines of a circle.